One of the more interesting matches of the round in the UEFA WC Qualifiers is the Cyprus vs Russia duel. With that in mind, we have prepared a detailed preview of the game for you, along with some free betting tips.

Our top betting predictions and tips for Cyprus vs Russia

If you are not sure what is the best bet for the Cyprus vs Russia duel, check our favourite predictions for this game:

Russia to Win with Handicap (-1)

It's clear and obvious that Russia is the favourite in this match, with a good reason. The team is much better on paper than Cyprus and Cyprus enters this game after losing to Malta 3-0 in the previous round. So, Russia will win this game and we expect them to do it convincingly, by at least two goals. After all, the last match between these two teams ended with a 5-0 Russia win.

Russia to Lead at Half Time

Neither of these two teams plays a lot of high-scoring matches – only two of the last five matches played by both teams have gone over 2.5 total goals. That being said, we expect to see at least three goals in this game since we expect Russia to score at least two or even three goals by themselves.

Top odds and stats for Cyprus vs Russia

If you are searching for the best Cyprus vs Russia odds, check our list of odds taken from some of the top UK betting sites:

Cyprus vs Russia preview: Can Cyprus surprise us all?

The small Island in the Mediterranean Sea will have to wait a while until they finally appear in a major international competition, if that ever happens at all. Cyprus is one of the weakest teams in Europe and that was proven a few days ago when they were convincingly beaten by Malta, a nation from an even smaller island. In any case, Cyprus has four points from the first four matches in the group and they are still theoretically in play for one of the top two spots.

After a poor performance in Euro 2020 in which they failed to get out of their group, Russia will now focus on getting to the biggest stage of world football – the 2022 World Cup. They are currently sharing the top spot in Group H of the WC Qualifiers with Croatia after the first four rounds. So far, Russia has two wins, one draw, and one loss. 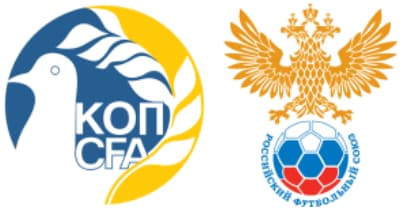