This is a preview of the World Cup qualifiers involving two struggling teams in the Group H. Malta and Cyprus sit at the bottom of the table after the first seven games.

Cyprus hit a new low on Friday night after losing 3-0 to Croatia at home. This was the sixth consecutive defeat for the team. Malta did not fare better from their opening round of games in October after losing 4-0 to Slovenia.

Malta were able to enjoy a comfortable win over Cyprus in the reverse fixture. A repeat of the same this time around will be harder considering that Cyprus do have home advantage. Of course, Cyprus have lost back-to-back games at home, but the quality of the opposition during this run is a different story. In this encounter, both teams do not stand to gain a lot other than pride. This game might finish as a disappointing draw.

Cyprus have managed one home goal in the last four games, while Malta’s away record is pretty disappointing with no goals in the last three away games. Malta are not a great team to back in away games and one should not read too much into the 3-0 reverse win.

Goals from both teams – no

Both teams are ranked very low in the FIFA rankings and it may not come as a surprise if they failed to break down the opposition – even when the conditions are favourable. After having not been among the goals of late, Cyprus and Malta are low on confidence.

Top Betting Odds and Stats for Cyprus vs Malta

Cyprus will be counting a lot on this game to try and end a six-game losing streak. Unsurprisingly, it was at home where Cyprus were able to get their last win. The hallmark of recent games for Cyprus has been a lack of goals. This would continue to be the point of concern.

Malta are big strugglers when it comes to away matches. This is clearly seen by the team picking up just one win – against fellow strugglers Latvia – in the away games since 2017. Even though there were three goals scored by Malta in the reverse fixture, this should not be considered as an example. Malta are one of the poorest teams going forward in away games.

Questions about Cyprus vs Malta 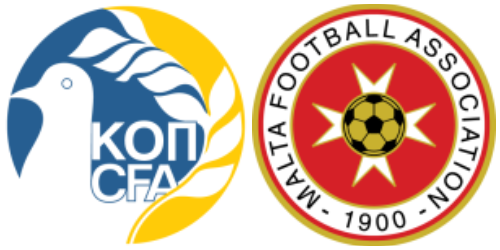 Where is the match scheduled? AEK Arena – George Karapatakis

Which team is the favourite to win? Cyprus