“We have a striker who is the most sensational player, in the Segunda Division in Spain,” the words of Watford technical director Filippo Giraldi.

“He's doing very well, a lot of big clubs have already approached us. He will have his development there and when he is ready he will come to Watford.”

The player he was talking about is Juan Camilo Hernández, more commonly known as Cucho.

The 18-year-old is on loan at Huesca after joining the Hornets last January. He was instantly loaned to América in his homeland of Colombia and then this summer he came to Europe to begin his initiation into life on this side of the continent.

This season, playing in the second division of Spanish football, the forward has made 20 appearances, scoring 11 times, adding three assists and has helped Huesca sit top of the division after 22 games.

Part of the group of clubs owned by the Pozzo family, this is not a new situation. For years, Udinese have been renowned for developing players before selling them on for a profit.

Although not at the same level, Cucho is enjoying his time away from Hertfordshire, but Watford fans should be excited by his potential.

Born in Pereira at the foothills of the Andes mountains, it is a region of Colombia more famous for it’s coffee production rather than it’s footballers and Cucho joined their biggest club, Deportivo Pereira, after impressing for a local amateur side.

He would make an instant impact. Handed his first-team debut in April of 2015, the 16-year-old would start in a 2-1 win over Deportes Quindío.

Five months later he would find the net for the first time and he ended his debut campaign with three goals.

That was only a tease of what was still to come. Cucho finished the next season with 20 goals and was crowned the tournament’s top scorer, highlighted by his hat-trick over Tigres.

Last summer he was part of the Colombia team which took part in the Under-20 South American championships and he caught the eye, scoring twice and finishing with three assists.

“Colombia were really poor at the Under-20s and the manager was sacked straight after they were eliminated, but Hernandez probably stood out as their best player,” British journalist Carl Worswick, based in Bogota, told the Watford Observer.

Originally bought by Granada, his rights were moved to Watford before the start of the current season and that’s when his loan deal to Huesca was finalised.

The Colombian is small, standing 5ft 9ins, but he’s compact, quick and has a low centre of gravity.

Not only does this make him very well balanced, it allows him to easily beat players. He has a lightning-quick  first-step and a somewhat Lionel Messi-esque ability to change direction, often cutting in from the left onto his right foot.

Cucho also loves a shot from distance and with the power and accuracy he possesses, it's little surprise he's scored a few stunners for Huesca already.

He is able to play across the front-line but looks much more of a threat when started through the middle.

Playing off the last shoulder of the defence, he is constantly looking for clever through balls in behind, often pointing and telling his team-mates where he wants the ball.

You can see an example of this below. Despite his tender age, he's demanding the ball be played through, which is exactly what happens. 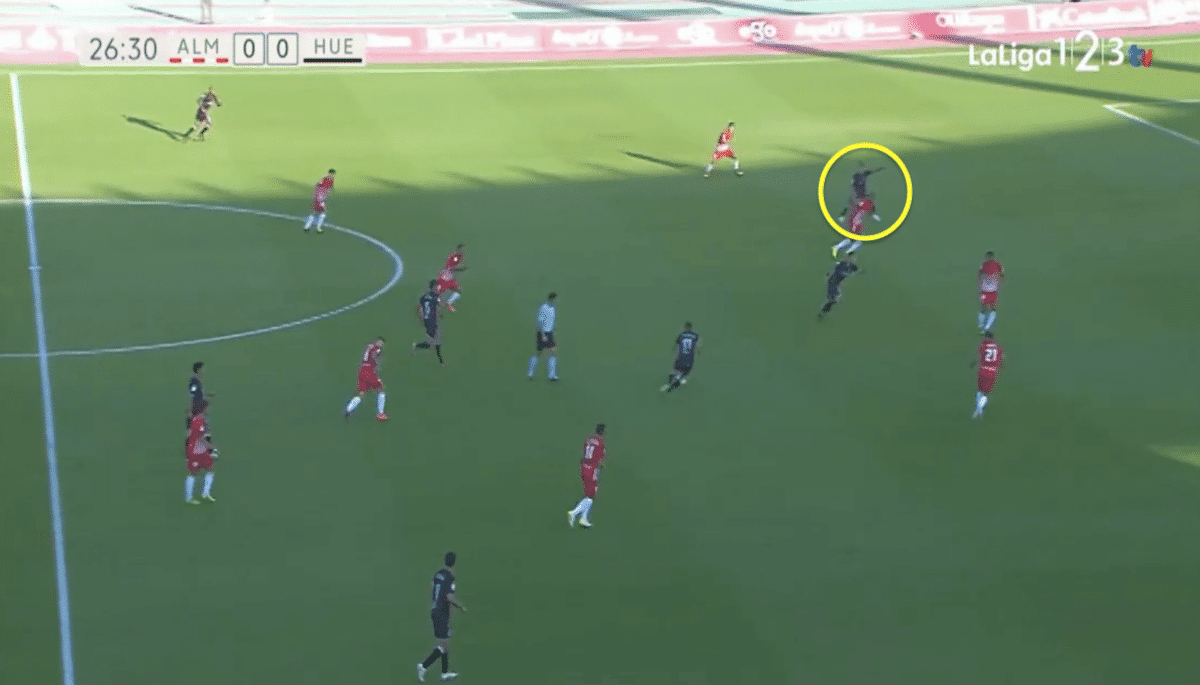 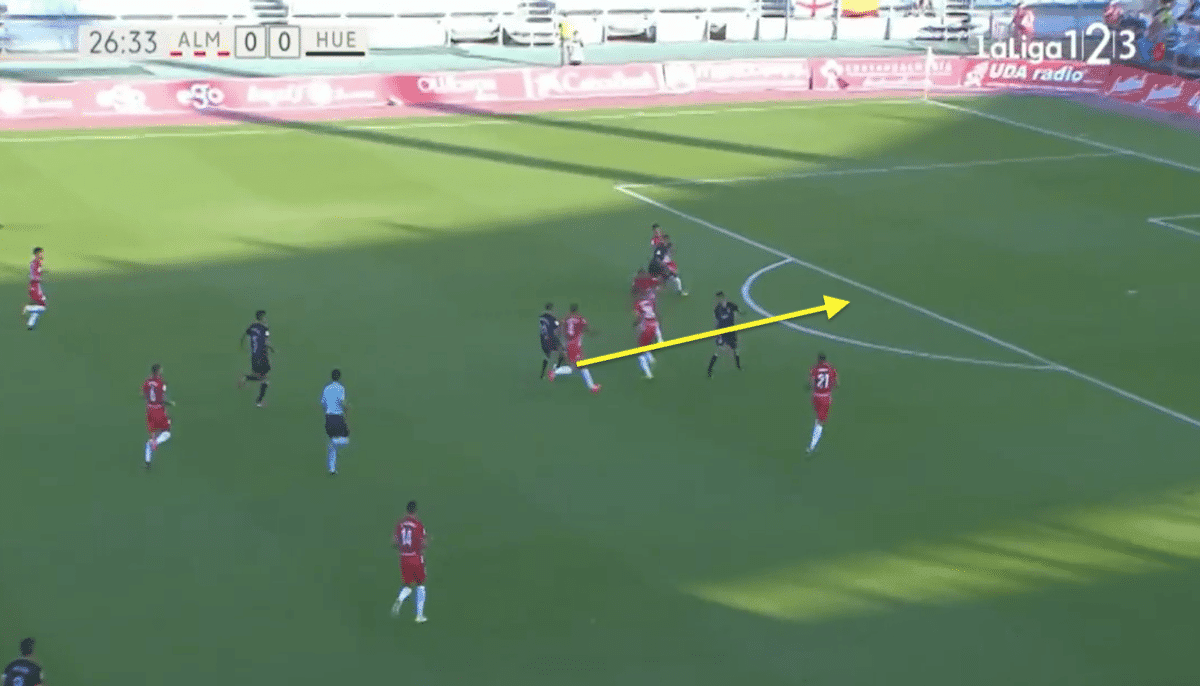 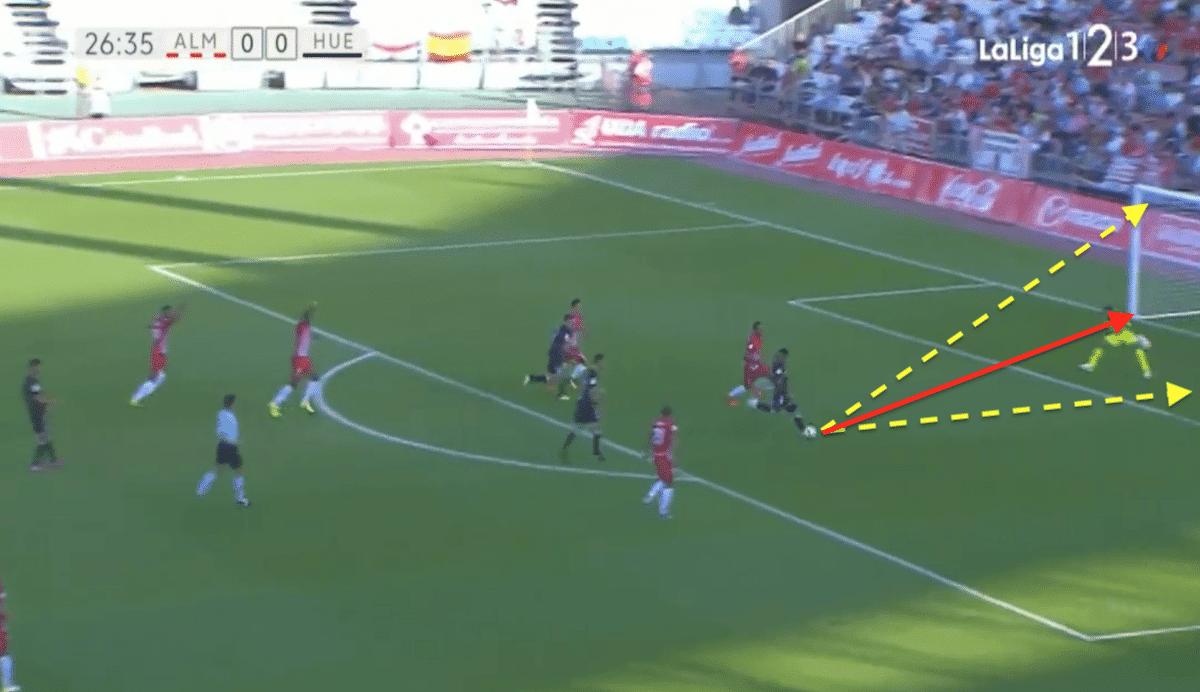 And once through on goal, Cucho shows great composure.

He’s got several options when it comes to the finish and the chance is perfect for a powerful drive past the goalkeeper. But the South American gives him the eyes, and slips it to his left and neatly finds the corner.

It’s very hard to predict what Cucho’s impact would be in the Premier League.

Still just 18 years old, he is playing in Spain’s second division. The jump in physicality and pace of the English game could be too much at this stage of a tender career. So a spell in the top-flight of Spain, or perhaps Italy, would be the logical next step.

He’s young, but he’s also small and would need to bulk up. Not in terms of his body type, but his upper-body strength.

Coaches would want him to maintain everything he uses to great success in Spain – his speed, mobility and trickery – but without exposure at a higher level, it’s difficult to see him flourishing at Watford as early as next season.

He is a very exciting player, but his lack of experience is his biggest weakness.

How much would Cucho cost? 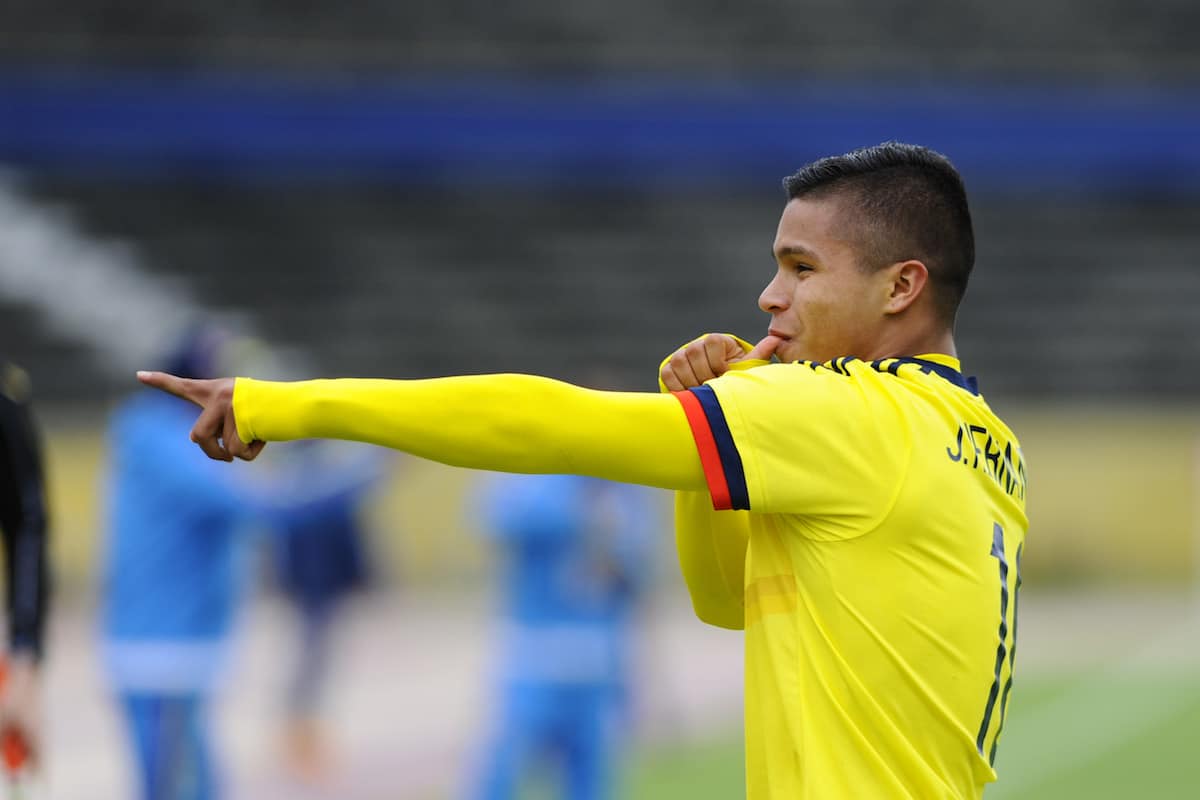 For an 18-year-old kid who hasn’t featured for the club, it’s difficult to assess his worth to Watford. But they obviously have high hopes for the teenager.

At this stage it is unlikely he would qualify for a work permit, due to his age and lack of international experience. His time in Europe will be used to ensure the Hornets can successfully apply to bring him to England in the future.

If a club was desperate to land Cucho, however, they would have to offer around eight-figures for Watford to even sit-up and take notice.

It seems a lot for a forward playing in the Spanish second division, but his potential and ceiling are still very high. He is performing well, so you know he is at least good enough to make another step up.

Other clubs may be interested, but his future, at this stage, will likely remain at Vicarage Road.

The Colombian has been likened to Sergio Agüero from those who have watched him progress, but you can even see elements of Luis Suárez in his game. The way he drives towards defenders and has a bullish quality about his runs.

“From my experiences of watching Colombian football for the past six years,” continued Worwick. “I believe he's one of the most exciting talents to come through.

”However, most coaches tell me the same thing – Colombians have a lot of talent, but the problem often lies in their heads.

“That said, from my limited dealings with Hernandez, I have found him to be a pretty down-to-earth kid who is still developing in the right direction.”

South Americans can be hit or miss in England, but Cucho has shown glimpses already that he could be a special talent.

He has turned heads in Spain and interest in the youngster is only going to grow.

Watford may have a young superstar on their hands, or the teenager could just become another profit on the Pozzo balance book. The next 12-18 months are going to be very interesting.