Crystal Palace ended their winless run in style by beating Man City in their own backyard last weekend and next up in the Premier League for the Eagles is a home game against an in-form Wolves side.

Here are our predictions for Crystal Palace vs Wolves.

Both of these teams have proven very tricky to beat in recent weeks and as a result, we're backing Saturday's clash to end in a stalemate. The hosts have drawn four of their last five league games while Wolves are unbeaten in their last five matches, so you can see why we're predicting a draw between the pair this weekend.

There is a good chance that we will be treated to goals at both ends of the pitch on Saturday afternoon as that has been the case in four of Crystal Palace's and five of Wolves' last six outings in all competitions. The Eagles have only kept one clean sheet in their last six attempts and the same can be said for their visitors, so you can understand why we're confident that BTTS this weekend.

In terms of a final scoreline, we're predicting a 1-1 draw between Crystal Palace and Wolves. Each of Crystal Palace's last four draws have seen both teams score and two of those games ended 1-1. Wolves drew their last away game 1-1 with Leeds and both teams have scored at least one goal in each of their last six fixtures.

Another Wolves win could take Lage's side into the European places

Crystal Palace stunned the rest of the Premier League when they beat Man City 2-0 at the Etihad last time out. An early goal from Zaha gave the eagles the advantage and on the stroke of half-time, Laporte was sent off which gave the visitors a huge confidence boost. Man City piled on the attacks in the second half but Crystal Palace caught them on the break in the 88th0minute and Gallagher secured all 3pts when he made it 2-0. Palace are up to 13th place in the Premier League table and could reduce the gap between themselves and Wolves to a single point with a win this weekend.

A dominant first-half display against a lackluster Everton side helped Wolves to a narrow 2-1 win over the Toffees on Monday night. Two quick goals from Kilman, his first for the club, and Jimenez, who has scored in every game against Everton, put the home side 2-0 up at the interval. Everton changed their system at the break and pulled a goal back through Iwobi but Wolves just managed to hold on and secure all 3pts. After a slow start to the season, Wolves are now up to 7th spot and look like a generally dangerous side but their sound is limited and a top-half finish is probably the best they can hope for this season.

Crystal Palace: Eberechi Eze and Nathan Ferguson are the two main injury concerns for the hosts this weekend.

Wolves: the visitors look set to be without the services of Hugo Bueno, Yerson Mosquera, Pedro Neto and Jonny but Fernando Marcal could return from injury in time to play.

Your Questions: Crystal Palace vs Wolves 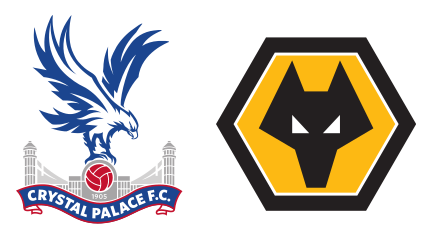