Tottenham look to maintain their 100% start to the new Premier League season when they make the short trip to Crystal Palace for Saturday's lunchtime kick-off. The Eagles have made a slow start to the campaign but did secure a point away at high-flying West Ham last time out and will be aiming to build upon that result this weekend.

Despite Tottenham's strong start to the season, we're backing Saturday's clash at Selhurst Park to end all square. Tottenham have failed to win at this ground on their last three attempts, the last two of which ended in 1-1 draws. Palace drew their opening home game of the season and picked up a very good point at West Ham in the last round of fixtures, while Spurs are unbeaten on the road having won 1-0 at Molineux last month.

We're predicting a low-scoring 90-minutes between these two clubs as four of their last six encounters against one another in league and cup have produced under 2.5 goals. Under 2.5 goals have also been scored, or not scored as the case may be, in two of Palace's last three outings and in five of Tottenham's last six fixtures.

As far as a final scoreline is concerned, we're going with a 1-1 draw this weekend. The last two draws between these two clubs, both at Selhurst park, have ended with both teams scoring a goal apiece. Tottenham have scored exactly one goal in each of their opening three league games and the Eagles scored their first goals of the campaign against West Ham last time out.

Can the Eagles end Tottenham's 100% start to the season?

Crystal Palace twice had to come from behind away at West Ham, eventually rescuing a creditable point thanks to a brace from Gallagher. The young Englishman took his goals well and could prove to be a vital addition to the Eagles this season after joining in the summer on loan from Chelsea.

Tottenham made it three 1-0 wins out of three as they secured maximum points at home to Watford. Son netted the winning goal shortly before the interval and has proven to be Spurs' go-to guy in the early stages of the campaign.

Your Questions – Crystal Palace vs Tottenham 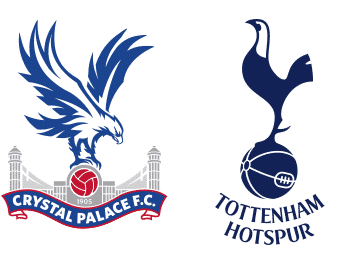