Crystal Palace vs Stoke: Check out our betting tips

This game presents an incredible opportunity for Crystal Palace to move deep into the FA Cup. Can they take it? Find out with our Crystal Palace vs Stoke match preview with free tips, predictions and odds mentioned along the way.

Palace to proceed with win in 90 mins

On form alone you might point to the fact that Crystal Palace are drawing a few games of late and suggest extra time might be needed to help decide this game. What you'd find when you look at Stoke's recent results though is that they're hardly a winning machine at the moment and sit a league below Palace. There is also no question which side has the better squad. When you then bring the home advantage and head to head record into consideration a Crystal Palace win looks like the best bet to make; they've won four of the past five meetings between the sides.

We might be backing Crystal Palace to win but we do think Stoke will have their moments hence we are making the prediction that both teams will score. Crystal Palace have seen both sides net in three of their last five games whilst they've kept just one clean sheet in that period. Stoke meanwhile have seen both teams score in each of their last four matches; again, they have kept just one clean sheet across their past five games. Four of the last five head to head meetings have seen goals for both teams too.

You can make an argument for both sides fancying their chances of progressing from this tie. In reality, Crystal Palace are the clear favourites but that tag does being a certain pressure with it.

Crystal Palace have received a lot of plaudits this season for the transformation they've shown under Patrick Vieira. The former Arsenal midfielder has a history with the FA Cup and now has a chance to write some more as a manager. We expect him to name a strong XI.

Stoke's season has just begun to fall apart somewhat with the Potters on a four game winless run. They do have players that can hurt teams but whether they'll have enough about them to upset Palace or not remains to be seen. 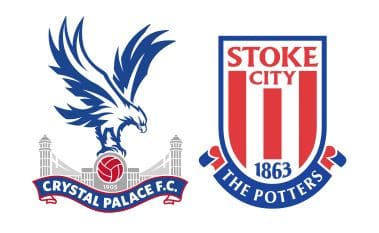