Crystal Palace are looking to make it six games unbeaten against Arsenal on Wednesday night but their guests arrive with plenty of motivation for the 3pts. The Gunners need to win both of their remaining two matches and hope results elsewhere go in their favour if they are to secure European football for next season.

Read on for our full match preview and prediction for Crystal Palace vs Arsenal in the Premier League.

Six of the last seven league meetings between these two clubs have ended with both teams getting on the scoreboard and we're expecting more of the same on Wednesday night. Four of the host's last six league games have also seen both teams score and the Eagles have now only failed to score in one of their last six outings, while Arsenal have only failed to find the back of the net in two of their last six matches in all competitions.

Five of the last seven encounters between Crystal Palace and Arsenal have produced over 2.5 goals. At least three goals have been scored in four of Crystal Palace's last six matches and we're backing goals in Wednesday's game against the Gunners.

Christian Benteke is enjoying the second half of the season with the Eagles and almost has as many Premier League goals to his name as Arsenal's Aubameyang. The Belgian striker has scored 9-goals in the Premier League this season and has scored 5-goals in his last 8 appearances for club and country. Benteke has re4gistered goals in each of his last three league games and we're backing him to score against Arsenal this Wednesday.

Crystal Palace vs Arsenal: The Stats, Markets and Odds

Crystal Palace recovered from their 3-1 defeat at Southampton with a 3-2 win over Aston Villa at Selhurst Park at the weekend. The eagles have been looking like a real threat going forward in recent weeks and while they could tighten things up at the back, they are capable of outscoring the Gunners on Wednesday. The hosts could welcome back Clyne, van Aanholt and Milivojevic from injury in time to face Arsenal but McArthur, Wickham, Ferguson and Sakho will all miss out.

Arsenal did not play well against Chelsea last time out but still managed to secure all 3pts. The Gunners are now unbeaten in their last three league games but don't have the best of recent records against Crystal Palace. Of the pair's last five encounters, the duo have played out four draws and the Eagles have managed to claim one win, so Arsenal will have to be at their best if they want to secure the win they so desperately need. European football could be out of reach for Arteta's men if they don't win on Wednesday and that would make for a very disappointing campaign.

Your Questions – Crystal Palace vs Arsenal 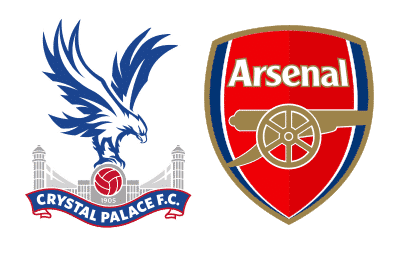