If someone asks you which team has the weirdest attack in the league at the moment, you tell them, with great confidence, that it’s Crystal Palace.

Firstly, they’ve only scored one of their eight open-play goals from the central area of the box. That's weird. 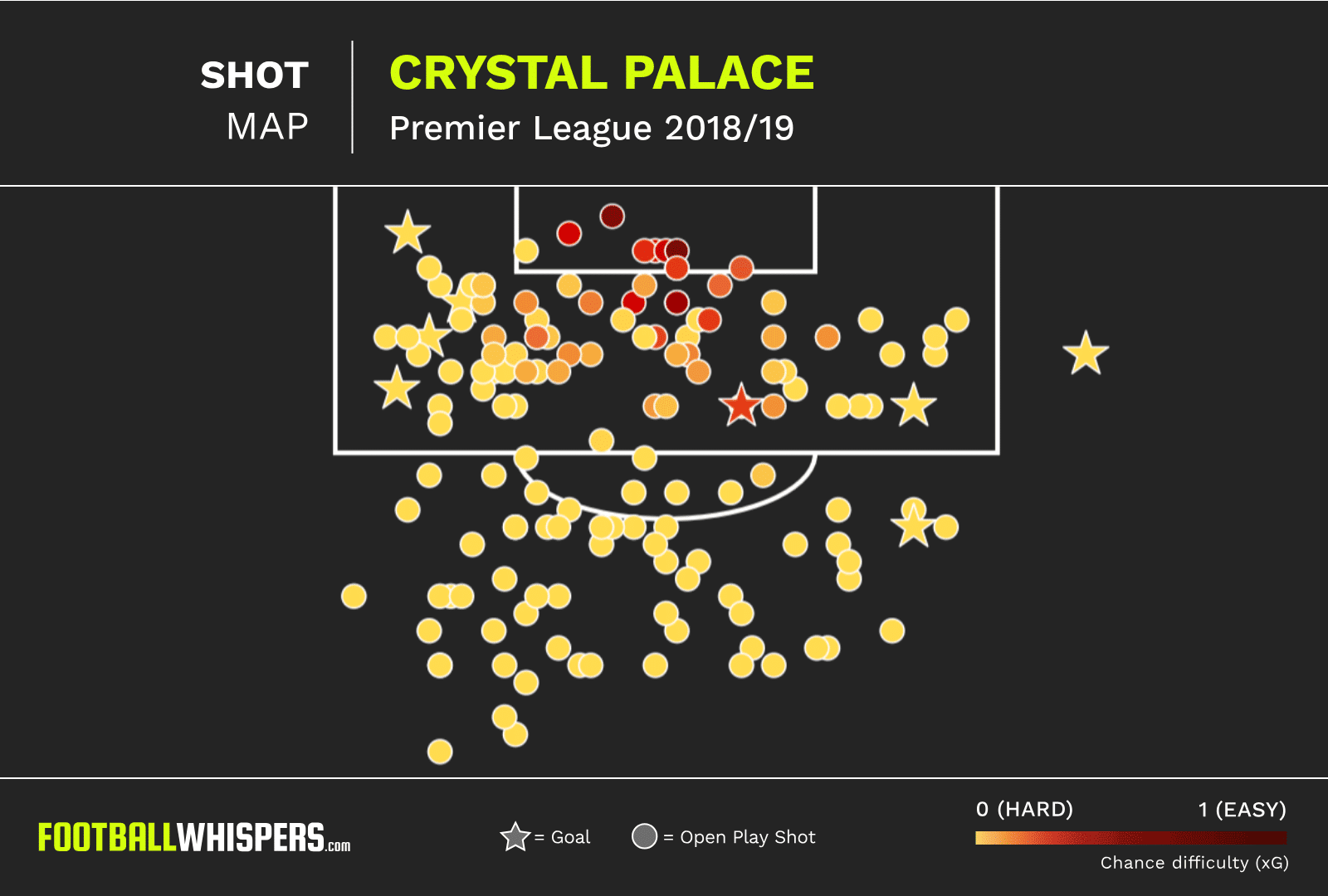 If you’ve heard of expected goals, you might have heard a general example used that shots in the middle of the box have more of a chance to go in than shots from distance or from narrow angles.

Crystal Palace thumb their noses at this. None of their best ten chances, according to Football Whispers' expected goals model, were scored.

Maybe it’s just the fact that they don’t really have a central striker who isn’t cursed. Since the start of last season, Christian Benteke has been underperforming his expected goals to an astonishing extent.

He’s not yet back from injury that he sustained at the start of September, but he’s not guaranteed to jump straight back into the side in the coming weeks. Since the start of 2017/18, his open-play chances were worth 12.67 expected goals. He scored just two. 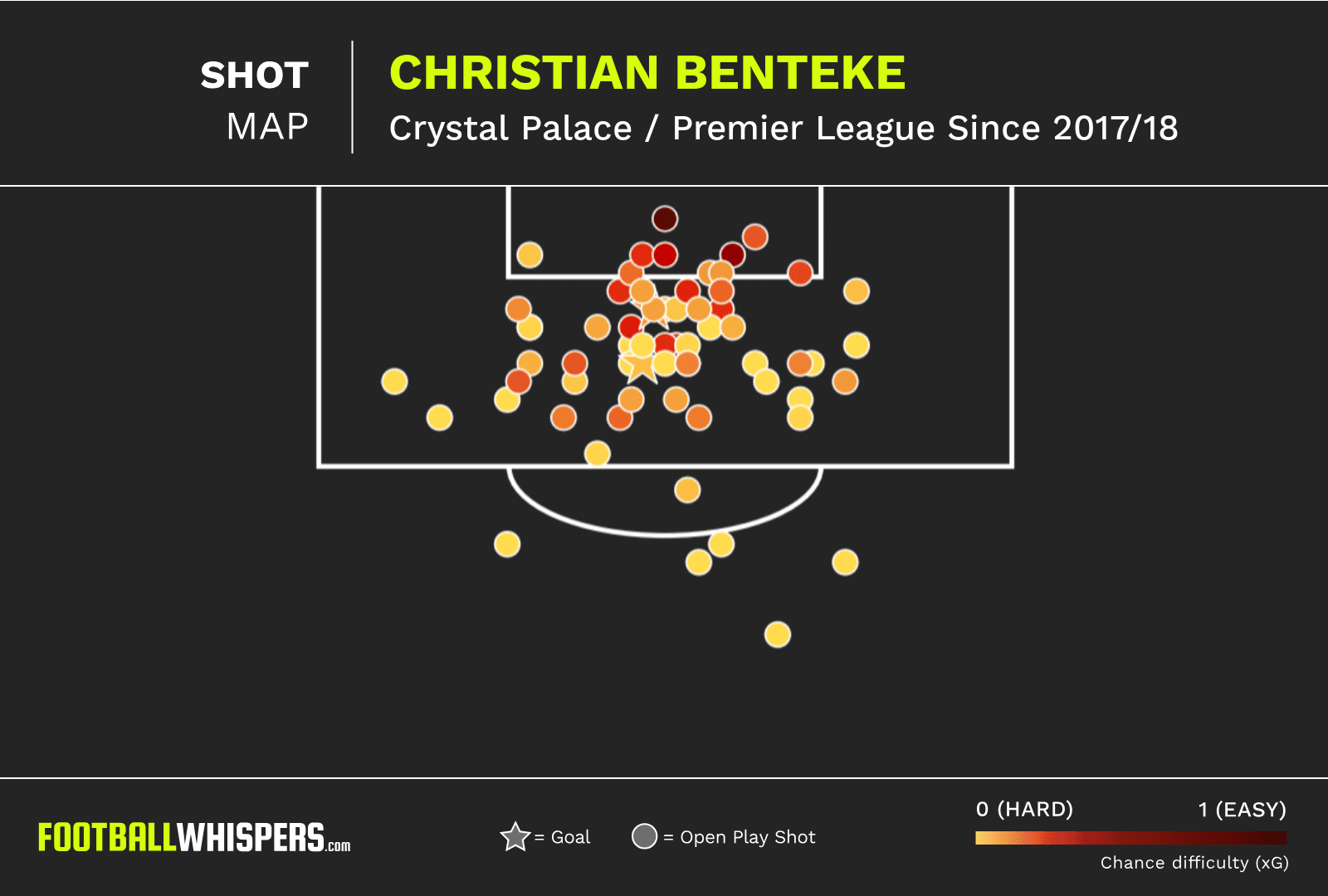 But on a team level, Roy Hodgson’s team are also very strange. In the season so far, their chances have been worth 16.16 expected goals, according to Football Whispers’ model. That’s in the lower part of midtable, but midtable nonetheless.

Add in shot placement to get a post-shot expected goals model, and things radically change. The number rockets downwards to 10.29 expected goals, by far the biggest drop between a team’s pre- and post-shot xG in the Premier League.

A lack of composure?

A big part of this might be the fact that they have the second-lowest percentage of shots that hit the target (29.3 per cent). If a shot’s off-target, it has no chance of going in, so you’d expect this low accuracy rate to affect their post-shot expected goals.

Hodgson was asked about his side’s apparent lack of composure after their 1-0 defeat to Tottenham in November.

“We probably haven’t got as much composure as we would like,” he admitted, “but then we’re chasing things all the time.

When you’re chasing you don’t quite have the same composure as when you’re in command and think that the game is won.”

Perhaps the 2-0 win against Burnley can be used as a catalyst because, until now, it seems that the shooting boots had gone amiss at Selhurst Park.