Crystal Palace‘s transfer business this summer has not been particularly inspiring. That could change on deadline day.

No more so than in attack. Ayew struck just twice in 25 appearances last term. Christian Benteke has scored just four Premier League goals since the summer of 2017. And Connor Wickham been restricted to just eight appearances in the last two years due to injury.

Even if Wilfried Zaha remains at Selhurst Park – the current indication is that he will – Palace need to add goals to their side. Which is why they are interested in CSKA Moscow forward Fedor Chalov and RB Leipzig's Jean-Kévin Augustin.

Time is against the Eagles. They're likely to only be able to construct a deal for one of the two forwards before the window closes. So who should they pursue?

Let's talk cost first of all. According to reports, Crystal Palace are prepared to pay as much as £23million to land 21-year-old Chalov. Augustin would be cheaper. Sky Sports claim Leipzig want around £15million for the 22-year-old, which is a little more than they paid Paris Saint-Germain two years ago.

An £8million difference in price will undoubtedly come into consideration. Yet it shouldn't be a deal-breaker.

Not only is Chalov a year youngster than Augustin, but he has also proved himself in the Champions League. Last term, in six games against Europe's best sides, Chalov struck twice, including a goal at the Bernabéu against Real Madrid.

What particularly stands out is the number of touches in the box Chalov takes. His 7.22 per 90 is the fifth-highest among his contemporaries in Russia and suggests his output is sustainable if given the ball in dangerous areas. 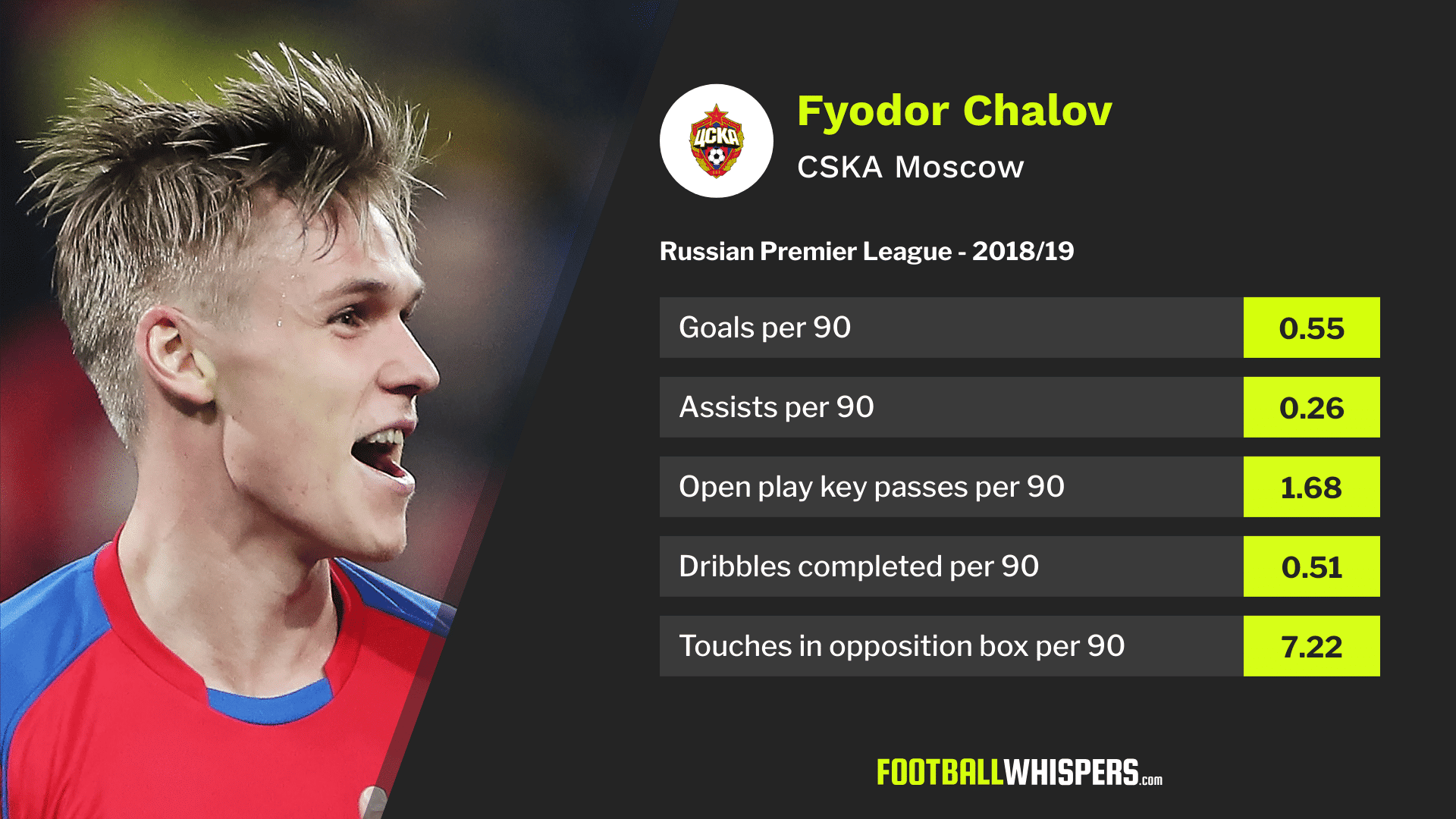 Augustin, meanwhile, was a bit-part player at RB Leipzig last term. He started the campaign strongly with three goals in the club's first three Bundesliga games but lost his place in the starting XI and featured in just 452 minutes.

It's why we've decided to look back at his stats from across the last two seasons, in which the 22-year-old made 42 appearances.

What is clear is that Augustin is a clinical goalscorer. His 0.6 goals per 90 is the sixth-highest figure among Bundesliga forwards and also exceeds his xG per 90 for that period of 0.42. 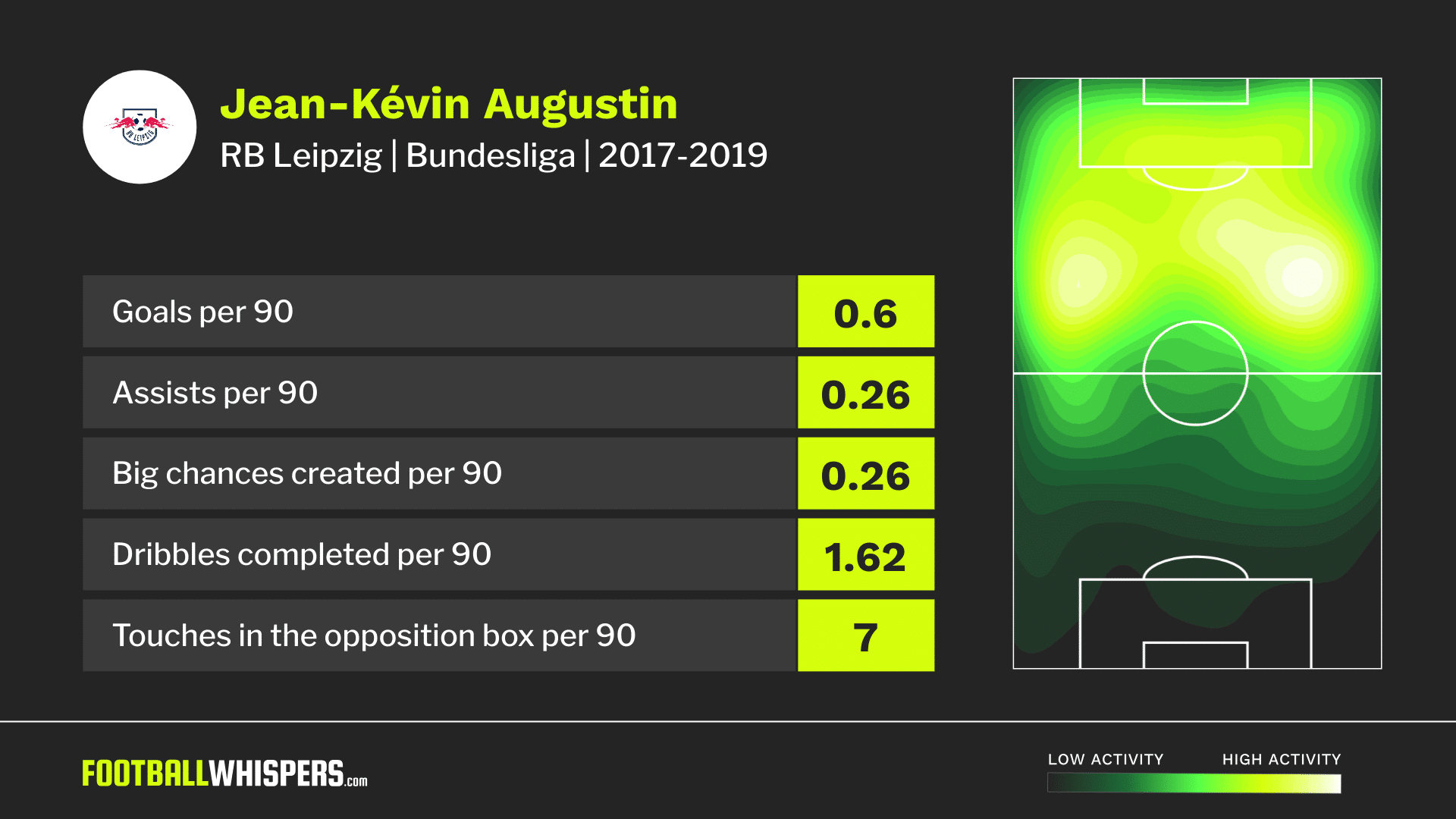 Augustin has claimed as many assists per 90 as Chalov and is better with the ball at his feet, evidenced by his 1.62 completed dribbles per 90. He touches the ball in the penalty area only marginally less than the Russain international, too.

What Palace have lacked in recent years is a finisher – that has been well documented. Chalov could solve that problem, as could Augustin. And given the difference in price, the French Under-21 international may be the wiser addition.