The moment Mo Salah collected Andrew Robertson‘s low cross, Liverpool had the game won. The Egyptian hadn't performed at his best against Crystal Palace but, six yards out and with time to pick his spot, he was never going to miss.

And with that Jürgen Klopp's men had come from behind to win against a side that has caused them difficulty in recent seasons. Were the Reds fortunate? A tad. Had Christian Benteke not lost his ability to finish chances this season the result could've been very different.

But the victory is a sign of Liverpool's growing maturity and confidence. When behind and later level, they didn't panic, they kept playing how Klopp demands and it resulted in three points that takes them into second in the Premier League.

For Palace, however, the defeat is damaging. The Eagles were not bad against Liverpool, they just lacked the quality needed to punish mistakes. And it's with Roy Hodgson's side that we begin the five things we learned from the match…

Eagles are in trouble

Given Palace went seven games without scoring or collecting a single point at the start of the season, the fact they're sitting outside of the relegation zone with six matches to play is testament to the job Hodgson has done at Selhurst Park.

However, the defeat to Liverpool leaves the Eagles looking over their shoulder. They have won just once in their last nine league matches and are just two points above 18th placed Southampton despite having played two more fixtures.

Palace's form is of huge concern and their – or more accurately Benteke's (more below) – failure to take chances and kill of games is a huge issue.

The saving grace, however, is Zaha being fit. The Eagles haven't won a Premier League game without the Ivory Coast international since September 2016, a quite astonishing record.

The winger didn't look quite up to full speed against Liverpool – he is still getting over a knee injury and was a doubt for the game – but his influence on the side is vital.

If he is fit and on form, Palace have every chance and can shape their destiny.

There is no doubt the 19-year-old is an excellent young player, one with the potential to be Liverpool's first-choice right-back for the next decade at least. However, he had a tricky afternoon at Selhurst Park.

We highlighted the threat of Zaha prior to the game, in which it was mentioned the Reds midfield would have to protect Alexander-Arnold. Yet the England Under-21 international was often left exposed and had to defend one-versus-one against the best player outside of the Premier League's top six.

The Palace winger unnerved the Reds teenager, who was unsure whether to stick tight to Zaha or pass him on to those in front. It meant Liverpool's No.66 was caught out positionally on more than one occasion in the opening 45 minutes.

The first occasion allowed the Palace talisman to break through on goal, fortunately his shot was stopped by Loris Karius. The second resulted in the penalty from which the Eagles opened the scoring via Luka Milivojević.

The mistakes could've rattled Alexander-Arnold, instead it seemingly focused the young full-back. For the remainder of the contest his decision making was much improved and he wasn't afraid to pull Jordan Henderson or Georginio Wijnaldum across to give him support.

That ability to adapt and improve is what makes the full-back such an exciting prospect. This game, much like the defeat at Manchester United earlier in the month, is one he'll learn from. And in the long run that will only benefit Liverpool.

Without mentioning the C word (Coutinho, that is) there is no doubt Liverpool need to sign a midfielder who is willing to take risks in possession and break through lines with the ball.

The likes of James Milner, who was impressive against Palace, Wijnaldum and Henderson are fine midfielders but they all have their limitations, and they are often emphasised when opponents sit back in their own defensive third.

Tellingly none of that trio completed a dribble during the game, Alex Oxlade-Chamberlain, brought on with 27 minutes to play, managed one. It's a problem.

Liverpool are at their best when they have space to utilise the pace and movement of Salah, Sadio Mané and Roberto Firmino. When they don't have that they can struggle.

It's why a ball-carrier and creator from deeper areas is vital for the Reds. Fortunately they have Naby Keita arriving from RB Leipzig and he may solve the isssue. 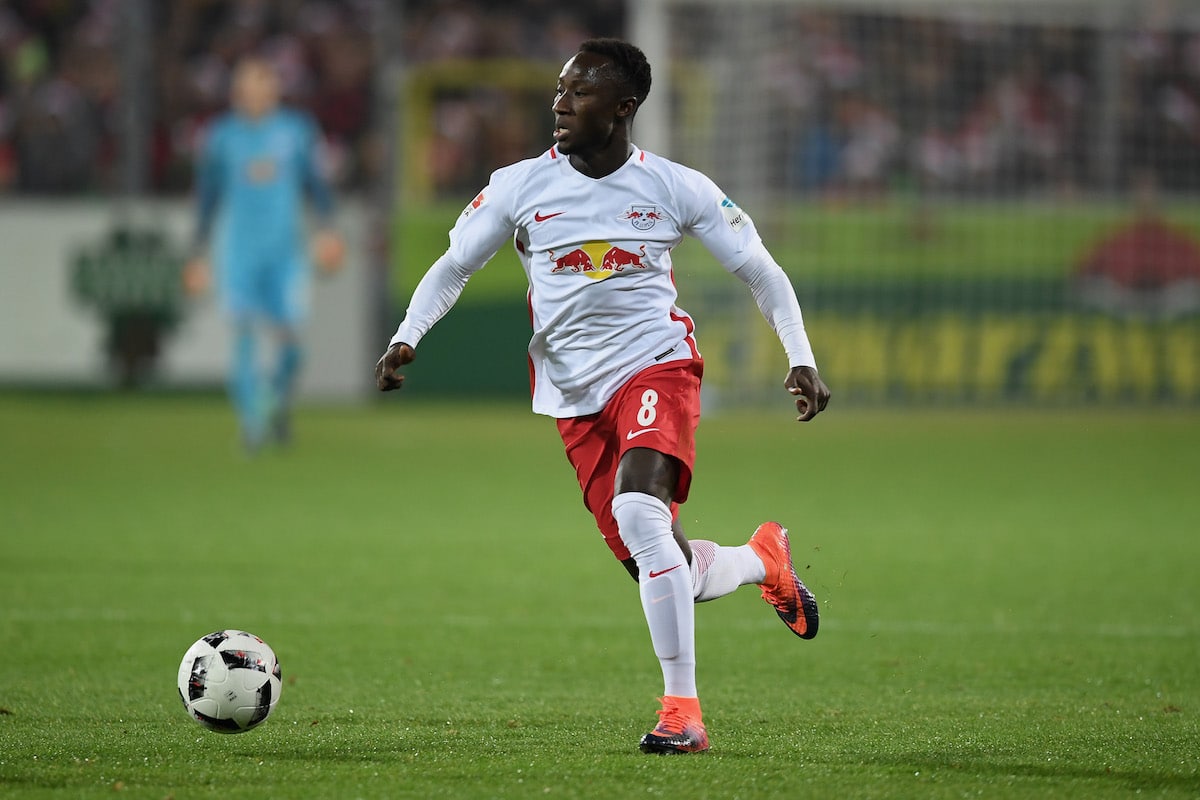 The Senegal international is, generally, a likeable character. He often plays with a smile on his face, he copies his team-mates' celebrations, and when at his best can be breathtakingly good.

But at Selhurst Park Mané played a very different role to normal, he was the man Palace fans were happy to hate (for 90 minutes at least).

In the first half the Liverpool star was booked for diving after going following after a challenge by James McArthur. Replays showed contact was made but there was little doubt the 25-year-old went over dramatically. It was perhaps why a spot-kick wasn't given.

He then had a goal ruled out, rightly, for offside before equalising for the Reds early in the second period.

But Mané wasn't done. On the hour mark the winger went down on the edge of the Liverpool penalty area and, feeling as though he was fouled, grabbed the ball.

The referee awarded a free-kick to Palace for deliberate handball yet didn't show Mané a second yellow card, which should've been given. The decision angered the already frustrated home support.

Klopp, smartly, brought off Mané moments later. Not that the decision appeased the Eagles fans.

It's perhaps a little strong to claim Crystal Palace are in a relegation because of Christian Benteke. However, there is no doubt the Eagles frontman hasn't overly helped his club's fortunes this term.

Yes, his presence up front is important for the Eagles, and his five assists this term shouldn't be sniffed at. But the Belgian striker is in the side to score, and he hasn't been doing that this term.

Twice in the second half against Liverpool he had clear chances to score having been played through. On both occasions he missed the target by some distance. 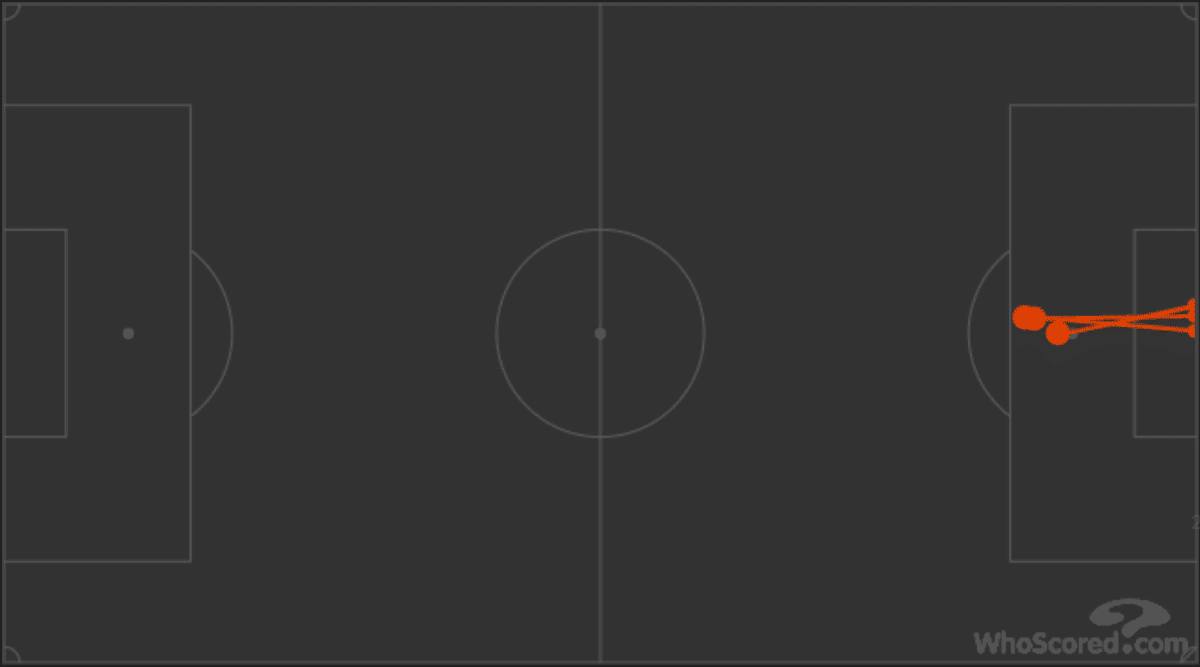 Benteke has struck just two goals all season, the last of which came in January against West Ham United.

His struggles in front of goal are not because of a lack of quality chances, however. Prior to the clash against Liverpool the Palace No.17's xG (expected goals) in the Premier League this season was 9.53.

No other Premier League player has underperformed their xG more than Benteke during the campaign. And, unfortunately for the Belgium international, it only got worse against the Reds.