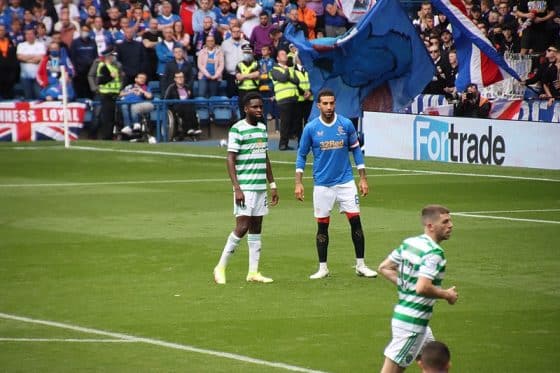 However, Scottish football has often provided English football with many top talents. The likes of Liverpool stars Virgil van Dijk and Andy Robertson come to mind, with Kieran Tierney another former Scottish Premier League defender to add to the list.

Midfielders John McGinn, Stuart Armstrong and Billy Gilmour also started out in Scotland, with Everton right-back Nathan Patterson one of the latest in a long line of transfers south. Odsonne Edouard and Kris Ajer have also made the journey in recent times.

Here are a handful of talented players who could make similar moves this summer:

Aberdeen rising star Calvin Ramsay has enjoyed a superb season so far. He’s been a key player for the Dons, making 33 appearances in all competitions. The latest reports suggest that Premier League giants Liverpool are leading the way for his signature.

One added incentive for Jurgen Klopp will be the youngster’s ability to play in right midfield. Not that Klopp uses such a system, but it’s an added bonus for the German that Ramsay has the ability to get forward.

A major issue in any move will, however, be the current right-back situation at Liverpool. Trent Alexander-Arnold has made the position his own in recent years, and it doesn’t look like that will change any time soon. Ramsay may want to play regular first-team football, not only for his personal development but also to improve his chances of playing for his country.

Midfield talent Joe Aribo has stolen many headlines this season, with his dominant displays in the centre of the pitch attracting much attention. He has been key to the current Europa League run that Rangers currently find themselves in.

But the latest reports suggest that he is a target for Premier League side Crystal Palace. The Eagles turned to Scotland for Edouard not so long ago and could look to do the same with the Rangers midfielder. Aston Villa and Brentford have also shown interest.

Aribo’s midfield teammate Glen Kamara has also been linked with an Ibrox exit this summer, but much of the transfer talk remains focused on the Nigeria international. 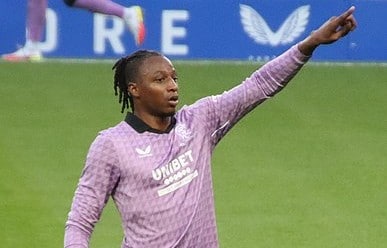 Hibernian left-back Josh Doig is another youngster in sensational form. He’s only 19, but has made 41 appearances for the Edinburgh outfit this season. It shows just how important and indeed talented he is at this early stage of his career.

The teenager was in the running for the Scottish Football Writers' young player of the year award, but his fellow full-back Ramsay scooped the prize.

Celtic are monitoring his progress, but the Scottish giants may find themselves in a heated battle with a handful of English Premier League clubs.

Rangers centre-back Connor Goldson has been crucial in the club’s fantastic European campaign this season. But will he still be in Scotland this time next year?

There is divided opinion on what the defender will decide to do next, with some reports suggesting he has signed a new contract with Rangers, and others saying he will be on his way this summer.

Another leading centre-back in Scotland this season is Celtic’s Cameron Carter-Vickers. But he is only on loan in the east end of Glasgow. According to SBI Soccer, Premier League side Newcastle will attempt to swoop in this summer if the Bhoys fail to make the move permanent.

And there is yet another defender who is attracting interest from England, with Aberdeen youngster Luke Turner reportedly wanted by Nottingham Forest. He has impressed on loan this season in the Irish Premiership at Cliftonville.

Which players could move elsewhere in Europe?

There are, of course, a small group of players that have left Scotland for other countries around Europe, avoiding England altogether.

Ryan Gauld made the headlines when he left Dundee United for Sporting in Portugal, with Lawrence Shankland leaving the club for Belgian side Beerschot. Aaron Hickey and Liam Henderson are also now plying their trade in Italy with Bologna and Empoli respectively.

Celtic pair Moussa Dembele and Jeremie Frimpong also made an exit from Scotland to move elsewhere in Europe, with the former joining Lyon and the latter joining Bayer Leverkusen. But which other players could go on similar adventures?

One youngster who could make a high-profile switch across the continent is St Mirren midfielder. The 17-year-old has reportedly been attracting interest from both Benfica and Bayern Munich. He’s currently on loan at Scottish League One side Queen's Park.

Aberdeen teenager Ramsay may be dominating the transfer headlines in Scotland, but his future is just as uncertain as Rangers midfielder Aaron Ramsey. Things haven’t quite gone to plan for the on-loan Juventus man.

As many expected, the midfielder’s injury struggles continue to cause major issues for his progression in a Rangers shirt. His minutes have been limited this season, and it is becoming increasingly likely that Van Bronckhorst will let him return to Juventus at the end of the campaign.

The former Arsenal star could, therefore, potentially be another player to move to England. He is seemingly coming to an end of his time at Juventus, and perhaps there is an English Premier League club out there who truly can turn his career around. 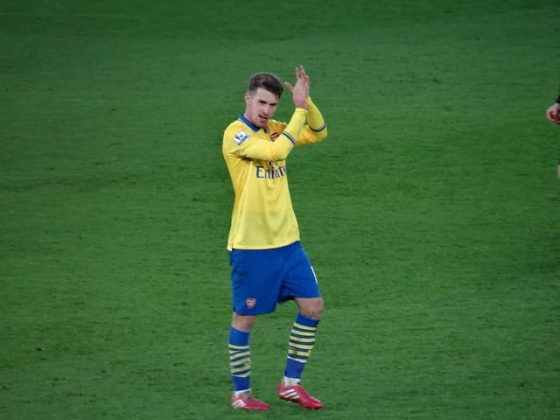 Like Ramsey, Jota is only on loan in Glasgow. But unlike the Rangers man, the Celtic player has been a huge hit. He is a fan favourite at Celtic Park, but will more than likely head back to parent club Benfica unless, of course, the Bhoys can persuade him and the Portuguese side into a permanent transfer.