If recent reports are to be believed, Celtic may have found Brendan Rodgers the perfect project. Lovro Majer may sound like a Football Manager regen but he's the real deal and could be plying his trade at Parkhead next season.

According to Voetbalnieuws.be, the Bhoys are interested in the 20-year-old playmaker. NK Lokomotiva managed to keep hold of their prized asset during the January window but may be forced to part ways with the Croatia international when the current campaign comes to an end.

During the winter window, media outlets in England claimed Newcastle United were unable to secure a deal for Majer despite being happy to pay £16million. The figure raised a few eyebrows, and rightly so.

Celtic's interest in the versatile midfielder dates back as far back as the summer of 2017, but there's no chance they would part with such a fee to bring a player to Glasgow.

However, a recent report revealed NK Lokomotiva would this summer accept in the region of £1.5million – a fee the Hoops could comfortably afford. Everton are believed to be interested in Majer but have an abundance of attacking midfielders at their disposal.

The fact the Scottish Premiership leaders can almost guarantee European football on a yearly basis, coupled with Rodgers' ability to develop attacking talent, should make the club favourites to sign Majer if he does fancy a move to the UK.

Who is Lovro Majer?

The midfielder started his career at Dinamo Zagreb, the club that helped nurture the likes of Mateo Kovacić, Alen Halilović and Luka Modrić.

Majer shares similarities with the three aforementioned players in the sense he's technically gifted and can spot and execute a pass few others can see. He also seems to effortlessly glide over the ground and finds space with ease.

He didn't get his big break with Dinamo, however. Aged 12 he left the club and eventually ended up with NK Lokomotiva, who he joined in 2013. He went on to make his professional debut for the first team aged just 18.

Despite limited appearances, he caught the eye and was called up to the senior Croatia squad alongside the likes of Kovačić and Modrić. An impressive feat given he only turned out for the Under-18s and Under-19s on three occasions.

In the eyes of many, Majer is viewed as the next big talent to come out of Croatia alongside Ante Ćorić. So if Celtic manage to sign him then it will be a coup.

What are Lovro Majer's strengths

Like most Croatian midfielders, he's comfortable with the ball at his feet. Majer isn't as flashy as the likes of Ousmane Dembélé or Kylian Mbappé but he can be just as devastating. As simple as it sounds, he's always looking to make things happen and that is why he's so highly rated.

He's not as explosively quick as the two French wonderkids but what he lacks in acceleration he makes up for with his speed of thought. He has a picture in his mind before he's even received the ball.

Armed with a wand of the left foot, Majer is able to create dangerous scenarios out of relatively non-threatening situations. 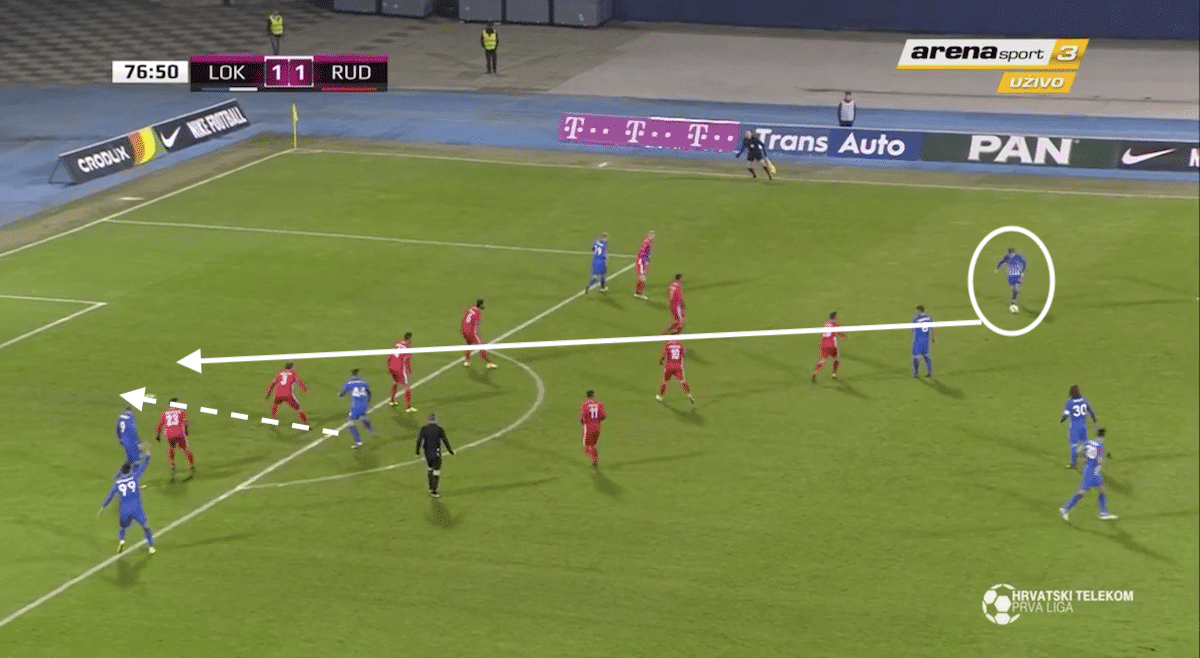 In the image above, the midfielder is in possession and is about to put the ball into the penalty area. It's a phase of play that is often seen in matches after a set piece has been cleared.

More often than not, however, the ball is clipped into the back post. Lokomotiva have an overload there with the No.99 free and unmarked. It looks a simple pass but the ball can be easily overhit. Only the perfectly weighted pass will allow his team-mate the chance to score.

However, instead of the obvious ball to the man over on the left, Majer clips his pass onto the penalty spot for the player on the edge of penalty area to run onto. He connects with a volley and directs the ball just wide.

It demonstrates his ability to create a high quality chance out of nothing. 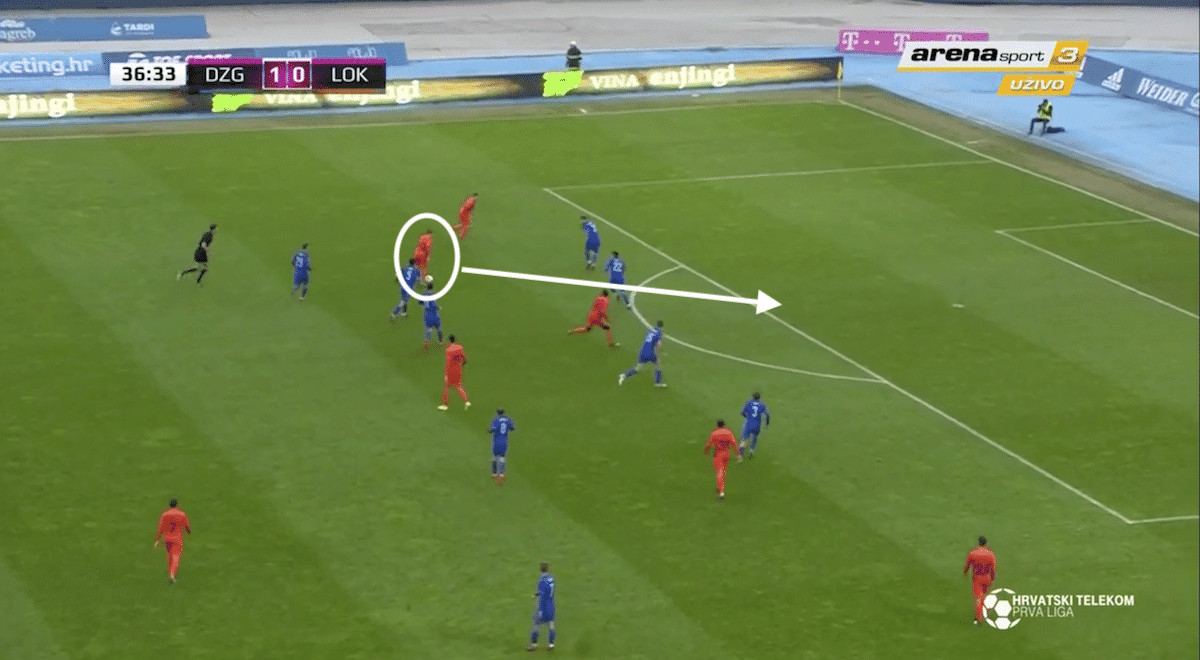 In the above image, Majer picks up the ball between the midfield and defence after he dropped into space.

He's able to turn to face the opposition's goal before Dinamo players can get close. In this instance many midfielders would slide the ball out the left so the winger can cross. The Lokomotiva star doesn't and instead threads a pass through to his team-mate making a run from a deep area.

The chance isn't converted but Majer showed great vision and awareness to play the pass and create a goalscoring opportunity. He ignores the easier options and goes for the more ruthless one. That, for a team like Celtic, could see the goals for column swell. 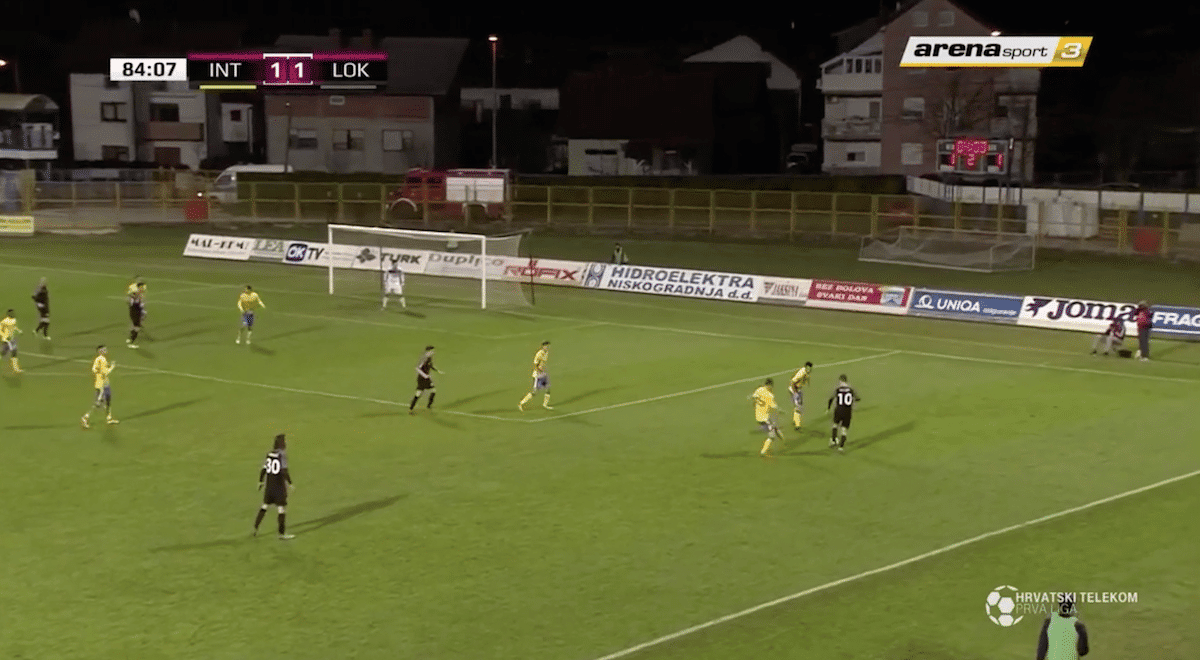 He's not just handy in space. In the image above he's picked up the ball in the wide right area of the pitch and is closed down by two players, with a third sweeping up behind.

The easy option would be to turn backwards, retain possession and play a pass back to his captain. 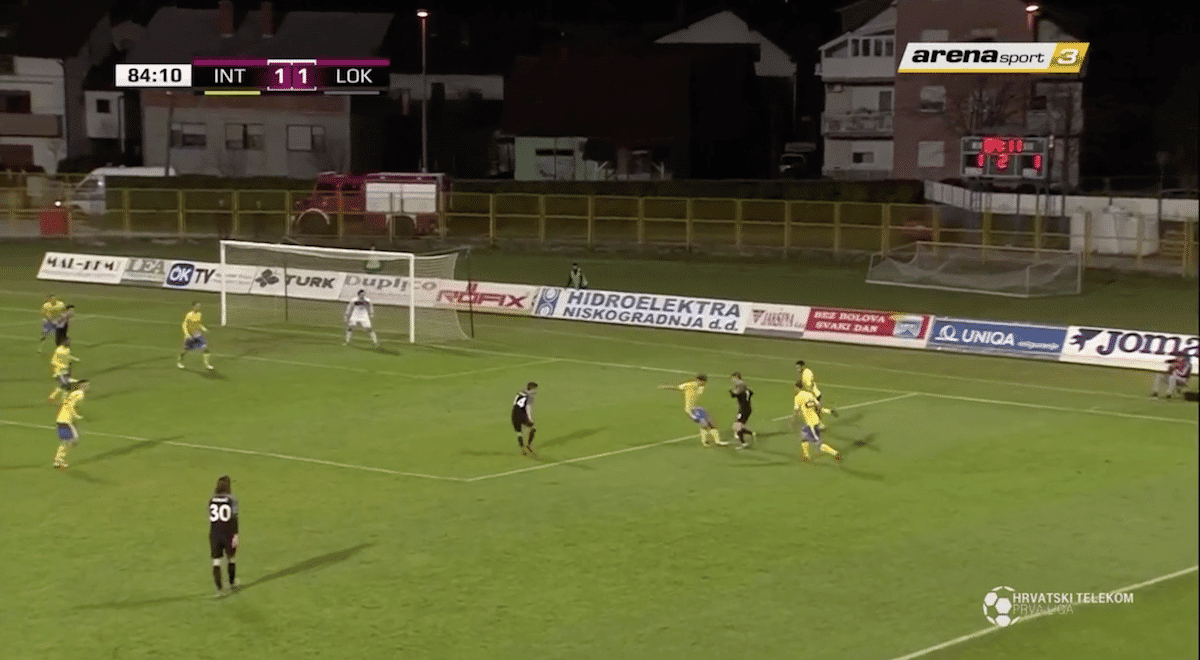 Instead, Majer jinks past the two defenders, nips ahead of the man covering and drives into the penalty area. With a shake of the hips he's taken three players out of the game and while his eventual shot is kept out, it doesn't detract from what went before it.

Though primarily an attacking midfielder, there's no reason Majer couldn't be used in more of a withdrawn role similar to how Kevin de Bruyne operates for Manchester City.

Not only would it allow him to dictate the tempo in the middle third, it would also toughen up the youngster and help him adapt to the rigours of the Scottish Premiership.

The Croatian maestro could be one of the best players to turn out of the club in recent years and later on down the line could be their greatest ever export. He has exactly the sort of profile the Bhoys should be targeting .