These teams are both guaranteed of a top two finish in their group as they sit a country mile clear of the other teams in Group H. What does need to be bottomed out is who tops the group for automatic qualification for Qatar. Who do we see making it? Find out with our Croatia vs Russia match preview with free tips, predictions and odds mentioned along the way.

Croatia vs Russia: Our top tips

Croatia to edge it

Both of these nations are in good form right now; they sit miles ahead of the competition in their group and neither have lost a game since back in June. Croatia though, for us, edge the game. They are nine games unbeaten having won five and drawn four. Russia's unbeaten run stands at six games but they have won five on the spin. That shows there is little to choose between the sides but we do have two factors that bring us down on the side of Croatia; there have been five meetings between them this millennium have not seen a Russia win and, of course, Croatia also hold home advantage.

Don't bank on loads of goals

Our next tip is for the game to be a low scoring affair with an under 2.5 goals bet. Croatia's form doesn't exactly lend itself to this wager with each of their last four going over 2.5 but the form of Russia and the head to head record do begin to explain why we're opting for a low scoring game. Yes, Russia battered Cyprus on Thursday but three of their last five games have been under the all important cut off. Then you have the h2h record; as we mentioned earlier, there have been five meetings since 2000 and only one of them have seen over 2.5 goals. The average of the five meetings sits at just 1.2 goals per game.

If our under 2.5 goal prediction is somewhat of a case of playing for value then our both teams to score no tip is just common sense. Three of Croatia's last five games have seen a nil in the score line with Russia able to go one better than that; only two of their last 10 matches have seen both teams on the scoresheet. Finally, you have the head to head meetings as another reference; three of the five games have ended with at least one side failing to net. Most recently, their meeting in September ended 0-0.

Find the best odds for Croatia vs Russia

As World Cup qualifying games go this one is massive; it's very much a case of winner takes all for top spot. Both are in good form after what were rather limp performances in the European Championships in the summer. What will decide the outcome here? Well, Russia's big threat will be through Artem Dzyuba. Croatia meanwhile will look to Luka Modric to pull the strings and control things.

FAQ on Croatia vs Russia 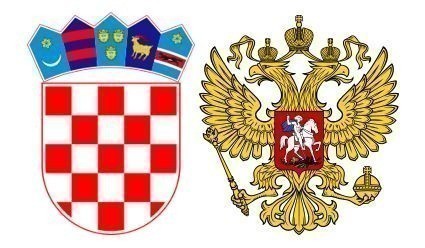