One of the many international friendlies scheduled for Tuesday is the Croatia vs Bulgaria duel, so let's take a closer look at this game and what we can expect from it.

Our free Croatia vs Bulgaria betting predictions and picks

If you can't decide on the right bet for the Croatia vs Bulgaria duel, check our top betting tips for this match right here:

Croatia to Win at Half Time and Full Time

These two teams haven't met in recent years since their last two h2h duels were played more than five years ago, but in both of those matches, Croatia led at half time and won at the end.

We expect the same thing to happen on Tuesday since Croatia is a much better team, the vice-champions of the world, while Bulgaria last appeared at a World Cup back in 1998. Yes, this is a friendly game, but Croatia is hosting the game and they'll certainly go for the win.

Both Croatia and Bulgaria averaged 2.50 goals per game in their respective groups of the WC Qualifiers, so with this being a friendly game, we can certainly see at least three goals being scored.

In addition to this, Bulgaria went over 2.5 total goals in four of their last five games in all competitions, while the same thing happened in three of the last five Croatia games across the board.

The latest odds and helpful stats for Croatia vs Bulgaria

If you want to bet on the top odds for Croatia vs Bulgaria, check our selection of odds from the best UK bookies:

This game is a friendly one, but it can still be as interesting as some competitive matches. So, let's take a quick look at both teams now:

The reigning vice-champions of the world did not have an easy job in the qualifiers for the World Cup in Qatar, but they managed to secure their place by edging out Russia by one point in Group H of European WC Qualifiers. They did so by getting into form just at the right time and with a win over Russia in the last round of the Qualifiers.

When it comes to the team's shape, Zlatko Dalic, the Croatian coach, said that all players in his squad will get a chance in these friendlies. So, with Modric and Perisic already playing against Slovenia, they could get rested for the upcoming game. Also, Brozovic is unavailable due to an injury.

Only Lithuania was behind Bulgaria in Group C of European WC Qualifiers, but Bulgaria was always the outsider in that group and they didn't do that bad all things considered. In any case, Bulgaria will miss the World Cup once again and the team enters the upcoming duel with Croatia after losing to Qatar on Saturday in another friendly game.

The Bulgarian coach decided to give a chance to a few new names in this international window, so it's hard to predict exactly how their lineup will look against Croatia. That being said, Bulgaria has no injury concerns at the moment. 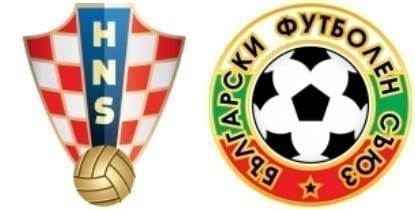