It's not coming home. Croatia burst England's bubble in the World Cup semi-final.

Not even five minutes were on the clock when Kieran Trippier curled home an exquisite free-kick. It was the dream start England fans had hoped for but not in their wildest dreams did they imagine it would become a reality. Gareth Southgate’s men had a lead and with it a new found confidence.

The first-half was all England. Croatia had the ball but did nothing with it whereas those in white had a clear purpose whenever they found themselves in possession. Raheem Sterling and Harry Kane caused Dejan Lovren and Domagoj Vida problems and a midfield of Luka Modrić and Ivan Rakitić struggled to assert their authority.

At half-time, it was 1-0 when in all honesty it could, and should, have been more for England. Kane fluffed his lines, Harry Maguire nodded wide from another corner and Jesse Lingard couldn’t get his shot on target when in a good position.

The second half was a different story, however. Croatia started to push pressure on and eventually got their rewards for it. Ivan Perišić poked the ball home and the referee ignored suspicions of a high foot. Just moments later the Inter Milan attacker struck Jordan Pickford's left post and the game was turned on its head.

Extra-time didn't see either team playing for penalties. Both went for the win.

John Stones had a header cleared off the line and Pickford kept England in the game with a stunning save to keep Mario Mandžukić out. However, the Juventus forward had the last laugh when he fired home with just 12 minutes left to play. He made the most of the England defence being caught on their heels. And that was that.

Here are five things we learned from Croatia 2-1 England.

England's lack of experience didn't have an impact

England headed to Russia with the youngest squad in the tournament. By default, it was the one with the least experience, too. But Southgate’s charges defied the odds round by round. Progression from the group was a minimum requirement like it has been at multiple World Cups.

Yet unlike previous years, this team did it at a canter. A 1-1 draw looked to be on the cards with Tunisia but Kane and Co. didn’t read the script. They ruthlessly dispatched of Panama and it meant the third group match with Belgium was a dead rubber. A luxury for England.

A tricky tie with Colombia went all the way to penalties. Fans thought they had seen this movie before. A brave performance which was ultimately not good enough. However, the Three Lions were determined to write their own history. Jordan Pickford parried Carlos Bacca’s effort and Eric Dier kept calm under pressure to give England their first ever penalty shootout win in World Cup competition.

Southgate’s fearless lions had the bit between their teeth. People are right when they say age is just a number. A routine 2-0 win over an experienced Sweden side in the quarter-final proved that.

Not overawed by the occasion, England fired themselves into the lead after just five minutes. Croatia, littered with La Liga and Champions League winners, looked nervy.

Inexperience didn't play a part in their defeat. Tiredness, however, did. This is an England side unlike any other before and they should use this adventure in Russia as a springboard.

Raheem Sterling once again proves his worth

Parts of the media have had it in for the Manchester City forward during the competition. With England exceeding expectations and the team being more united than ever before in the past two decades, it’s been slim pickings for those looking to jump on the controversy bus. But the 23-year-old’s lack of goals has been duly noted and it’s a narrative people have looked to push.

But Sterling’s value isn’t determined by goals, at least not in this team.

The former Liverpool attacker complements Kane superbly. The Spurs forward likes to drop a little deeper and hold the ball up. He’s often allowed to do it against just the one defender with his strike partner occupying the rest of the defensive line. His pace petrifies people.

Not only that, the fact he regularly makes runs off of the shoulder of the last man to stretch the defensive line, as well as working the channels, means Jesse Lingard and Dele Alli are able to take up central positions.

Sterling basically brings others into play with his selfless movement. It’s all choreographed and without it, England wouldn’t be as much as a threat. It doesn’t hinge on him but he’s vital to Southgate’s tactics.

Southgate needs to be a little more flexible

The England boss is a national treasure. The waistcoat wearing tactician has given the English nation the gift of hope and belief during this competition. Even the most cynical of fans have got behind this group of players. Southgate’s team convinced the nation that It’s coming home.

While their adventure in Russia was a successful one, the system utilised might not be a sustainable one in the long-term. England created next to nothing in open play, even against Panama. Southgate and his coaching team identified that set pieces were an undervalued part of international football and capitalised on it. But there’s a feeling that they’ve become overly reliant on them.

There have been times a change would have, in theory at least, strengthened their standing in the game but Southgate was reluctant to make it. Perhaps it's because the foundations of this system are built on thin ice. One subtle change and everything could tumble. There was a glimpse of it against Colombia when Dier came on.

Success isn’t sustainable for a one-dimensional team. But for now, it’s good enough.

The defensive experiment continued to be a success

It was a topic of debate heading into the tournament. Southgate opted to use Kyle Walker, a right-back by trade, as part of a back three in a right centre-back role. On paper, it was a good idea. It allowed Trippier to push up without fear of exposing the defence. Plenty had reservations over whether Walker was good enough defensively but the Manchester City full-back didn’t just do a job, he excelled there.

The dynamic and blend between him, club team-mate Stones and Maguire was bordering on perfect. All are comfortable in possession and can pick a pass and break the defensive lines.

The trio all have the pace to recover as well as cover for their partners. It was perhaps Southgate’s bravest decision and it paid off. They grew as a unit as the tournament went on and now they look to be one of the strongest areas of the team.

The Spurs full-back deserved his place in the squad but his inclusion went somewhat under the radar. There was even an argument to be made to suggest Trent Alexander-Arnold could get the nod ahead of the former Manchester City man at wing-back. But the England No.12 made the most of his inclusion in Southgate’s first XI. 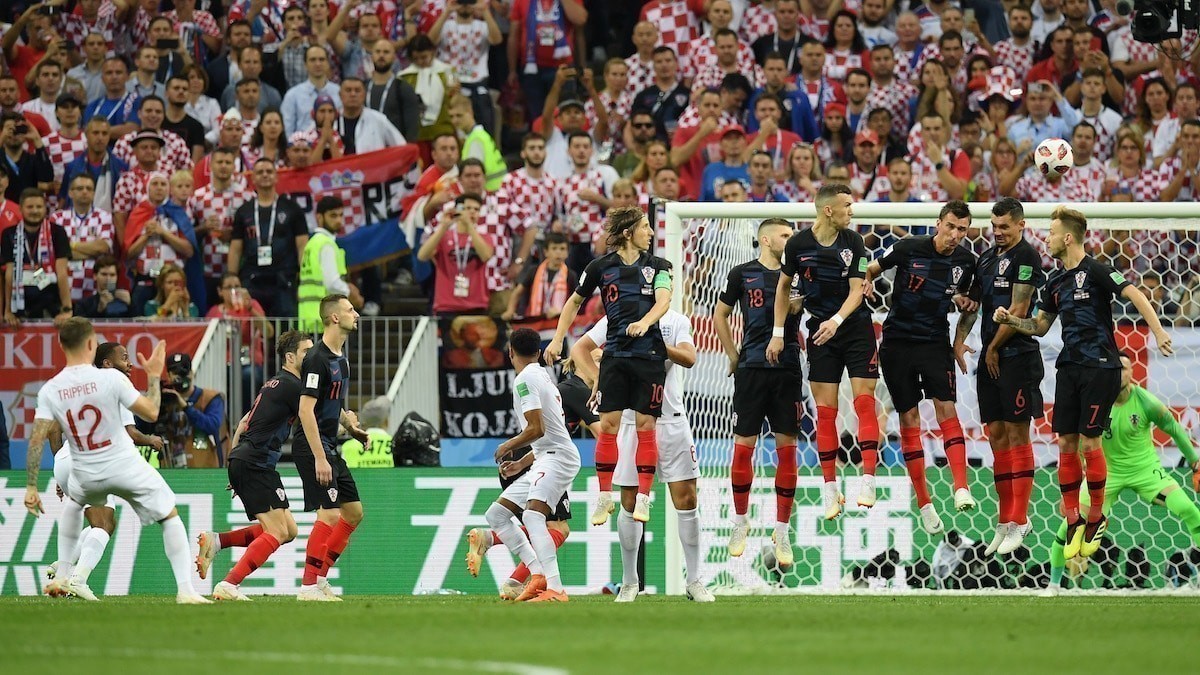 Many thought his club team-mates Dele Alli and Kane would be the ones to steal the show in Russia. The latter was in fine form in front of goal while the former scored the all-important second in the quarter-final but Trippier’s been Mr. Consistent on the right. In open play, he’s always an outlet and during set pieces, he’s an absolute menace.

He’s showed a maturity to his game not many knew that he had. He slotted home a penalty against Colombia like he was a seasoned forward. His free-kick, with the hopes of a nation on his shoulders, was David Beckham-esque.