When Cristiano Ronaldo first arrived at Real Madrid in 2009, he took the No.9 shirt.

That wasn’t a sign of things to come that season, the Portuguese superstar did not take up a striking role, it was just that club captain and all-round Real Madrid legend Raúl held the No.7 shirt.

But now, at the age of 32, he’s reinventing himself as an out-and-out striker.

And it’s a move that could prolong his career.

Why the change of role?

It’s fair to say 2016 couldn’t have gone too much better for the Portuguese superstar.

Then 31, he ended the calendar year top of LaLiga with Real Madrid, and the superstar had just been announced as Ballon d’Or winner for the third time in four years, making him the first European to win the award four times.

And that tournament should have given a clue to where Ronaldo’s future lies.

While for most of his time in Spain he has played as a winger, he was largely a striker as part of a front two for most of the European Championships – indeed, he started the final to the left of strike partner Nani.

The Portuguese forward had always relied on his pace to help set him apart from the pack.

Indeed, the first version of Ronaldo we all know from Manchester United was mainly a tricky, flamboyant yet underproductive winger.

Then we all got Ronaldo 2.0, for a far longer period, the unstoppable inside forward for United and Real Madrid.

But as he gets older and his pace goes, he needs to reinvent himself as Ronaldo 3.0, the deadly striker.

And his opponents are realising that too. 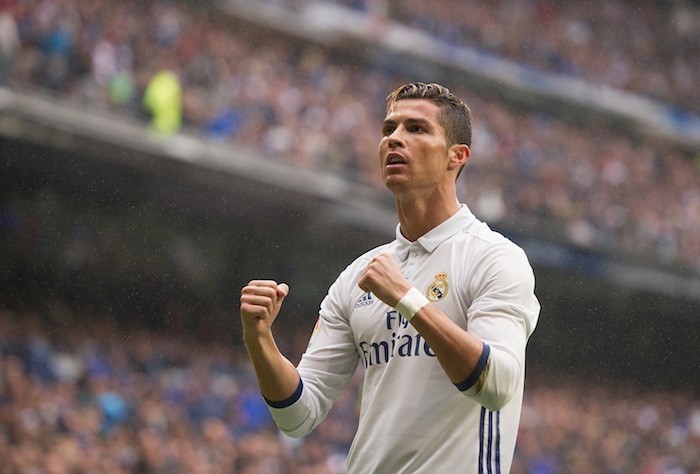 “Ronaldo has changed his game,” he said recently.

“He now focuses less on dribbling and more on the end product. That is more difficult to defend against because he has incredible timing.”

“Ronaldo no longer has the turbocharge and stepovers to leave full-backs for dead and cut in with velocity,” he said.

“He's trying to reinvent himself, as Ryan Giggs did and Lionel Messi is also doing slowly.

“He still has the presence and reflexes to score goals in the penalty area and is proving this.

“I hate the term No. 9. Is he a potentially a centre-forward? Yes. Can he prolong his greatness by playing there? Yes.”

He is right if you watch Ronaldo, it looks like has indeed lost a yard of pace compared to recent years.

If you look at how Ronaldo has performed over the last four LaLiga seasons, it is clear that there has been a drop-off statistically. 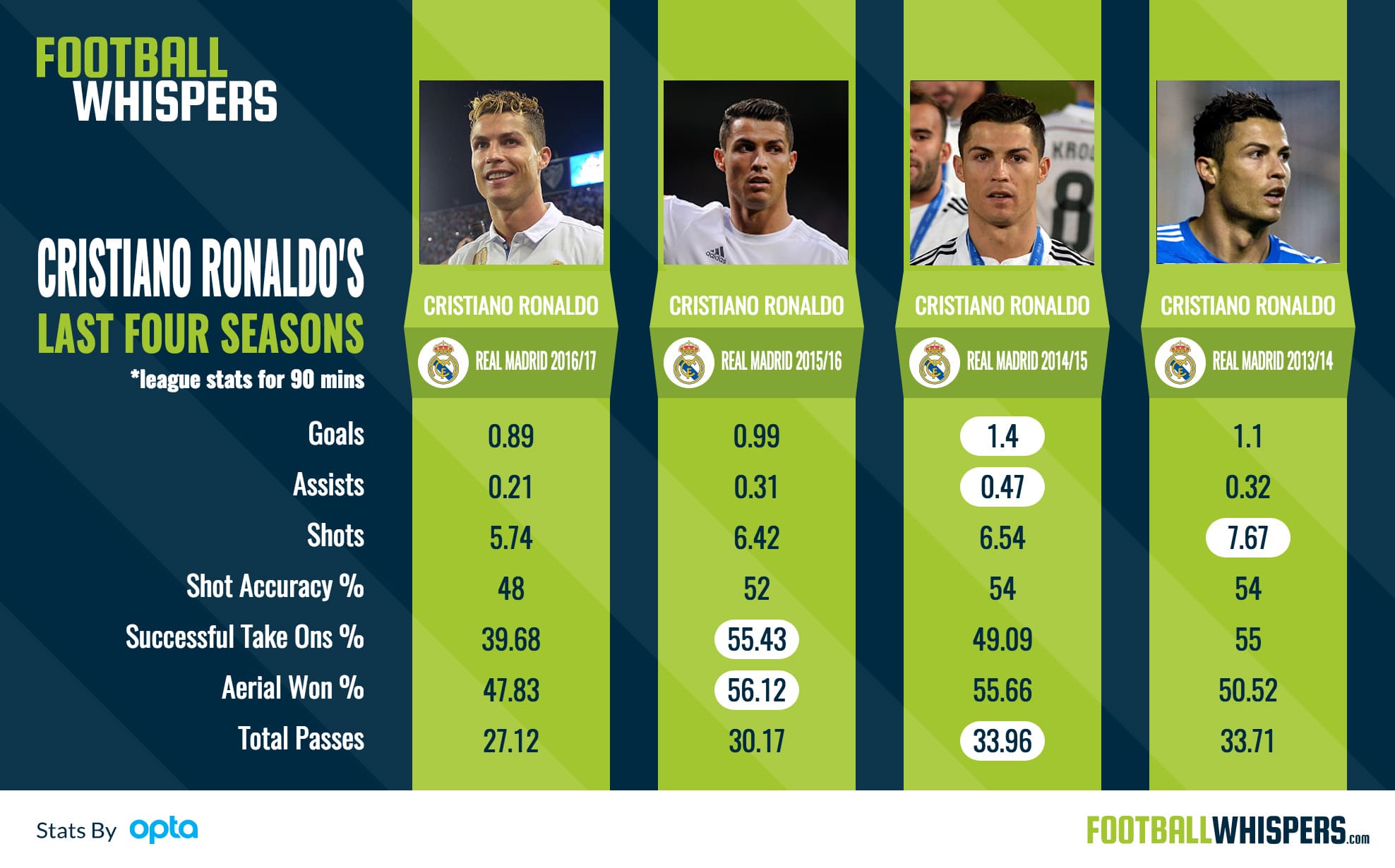 Averaging 0.89 goals per 90 minutes is by no means bad, it’s hugely impressive – but it is still a drop off in terms of Ronaldo’s high standards.

While Ronaldo is not necessarily known for his assists, if you look over the last four seasons, you can also see a drop in successful output from the superstar.

This trend is also clear if you look at the amount of shots per 90 minutes Ronaldo makes.

For someone like Ronaldo, whose game when he played on the wing was so largely based on pace and skill, having a high percentage of successful take ons was crucial.

That also dipped to the lowest it’s been in the last four seasons – 39.68 per cent.

In the three previous seasons, while the Portuguese was at the top of his physical form, it was never below 50 per cent.

The Real Madrid forward is undoubtedly still one of the best headers of the ball around, but even his success rate in aerial duels has dropped.

It was actually at its highest last season at 56.12 per cent, but Ronaldo hadn’t dropped below 50 per cent in either of the previous two campaigns.

He is just generally less involved in the game.

And him being less involved in the game makes sense for him to move up front, where he doesn’t have to be as involved, he just has to put the ball in the back of the net.

While he may be scoring fewer goals per 90 minutes than he was in his role as an inside forward, it’s taking him time to adapt, and we all know he is a deadly finisher.

Few would have expected he could have become Ronaldo 2.0, who became one of the best in the world after his flamboyant but ineffective wing play early on in his career, and he could well reinvent himself as Ronaldo 3.0, the deadly striker.

He is starting to play that role for Madrid, with Karim Benzema often drifting wider and the Portuguese staying in the centre, and as he grows older and his game adapts, he could become one of the best around in that role.

Age is only a number when playing up front, as Jermain Defoe and Aritz Aduriz will tell you.