While Celtic’s Scottish contingent recently took great steps towards helping their country reach the 2018 World Cup qualification playoffs, one player in their ranks has already seen his nation secure their place at international football’s biggest tournament.

Cristian Gamboa may not have played a single first team match for Celtic so far this season, but during the most recent international break his national team, Costa Rica, played the two big names in the CONCACAF region as they sought qualification for consecutive World Cups for the first time in their history.

They managed to brush off the United States for the second time in this qualifying campaign with a smart 2-0 win in Harrison, New Jersey, having previously trounced the Americans 4-0 in San Jose; in a result which led to the sacking of Jurgen Klinsmann.

Gamboa then took part in a 1-1 draw against Mexico, and although it looks like his main contribution was an unfortunate own goal after a mixup between himself and goalkeeper Keylor Navas, he still played a part in the side’s 1-1 draw which saw them through to the tournament proper.

On his return to Scotland he may be hoping that his form at international level may influence his chances of getting back into the Celtic team, at least as the rotation player he was last season.

While it might have been ideal for him to go into the side for their game against Hamilton Academical prior to their big game in the Champions League against Paris Saint-Germain, arriving back from the Central America just days before the game isn’t the best preparation.

As Brendan Rodgers approaches his big test in Europe, he’ll be looking to the depths of his squad to provide support in domestic games, and this could be even more important when these games come after an international break.

Craig Gordon, Kieran Tierney, Stuart Armstrong, Scott Brown, and Craig Forrest all played in both games for Scotland during the past week or so, while other players including, Jonny Hayes, Mikael Lustig, and Jozo Simunovic. Tom Rogic was also away, and travelled to Melbourne to play for Australia against Thailand.

Given the international nature of the Celtic squad, rotation will be important, and it might just be that Gamboa is given a run out despite his travels as the manager looks to give his big names a rest ahead of the PSG game on Tuesday, just four days later.

The Costa Rican has always been on the fringes of the squad since Rodgers’ arrival, and transfer rumours circulated that he might be sold this summer, with promising young right back Anthony Ralston brought through as backup to Lustig.

However, the 27-year-old has remained at the club, and now the transfer window is shut the Northern Irishman would be wise to use him to ensure that the player retains any value in the market.

His return for his national side following time out with a thigh injury should convince the manager that he is now match fit again, and they’ll be happy to have him back in the squad after he was unavailable for the early Champions League qualifiers due to his call up for Costa Rica’s Gold Cup squad, and then the injury which he picked up whilst there.

He performances have been met with mixed responses from the Celtic fans following his arrival at the club from West Bromwich Albion, but there’s no doubt that he offers another dimension down the right, using his speed and directness.

While he may not be a player who can challenge for a regular first-team spot, he should be one who is viewed as a useful rotation player, and one who can provide something a bit different from full back in the numerous domestic games which Celtic are expected to dominate once again this season.

If he does manage to play more minutes in the league compared to last season, he could improve on the one assist he picked up in the last campaign. But regardless of his domestic fortunes in the season ahead, he'll be buoyed by the fact he's already on his way to Russia for the World Cup, and he'll no doubt be cheering on his Scottish team-mates as the aim to do the same in the next international breaks in October and November. 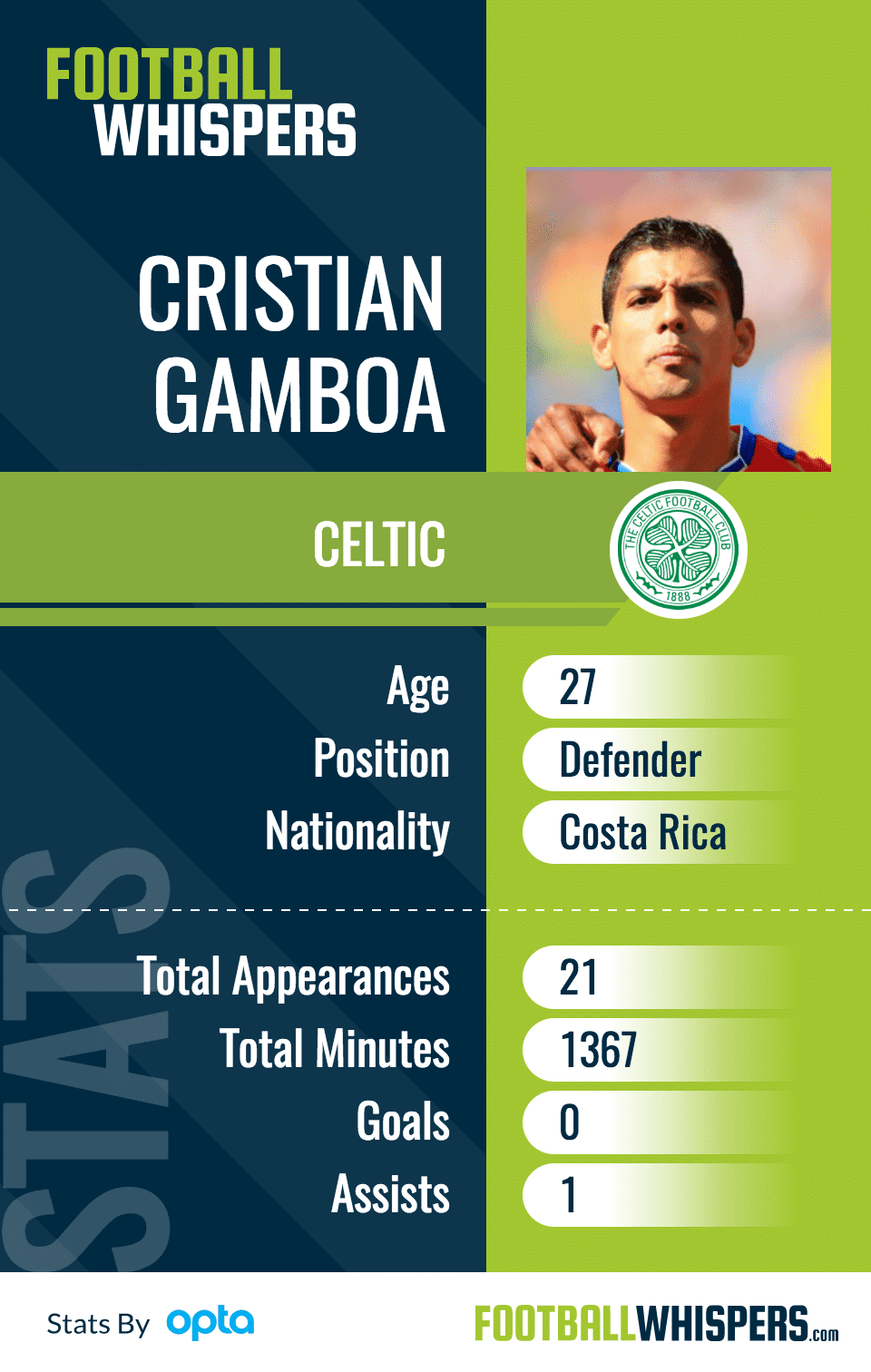