The Premier League is home to several of the most creative footballers on the planet. Between Kevin De Bruyne, David Silva, Paul Pogba and Christian Eriksen, English football is in rude health when it comes to on-pitch craftsmen.

However, catching the eye alongside the more established cohort of creators are a bevy of budding string-pullers primed to supply strikers in the years to come.

So we've decided to delve into several key stats categories – big chances created per 90, open play key passes per 90, expected goals assisted per 90 (xA per 90) and total assists – to identify the ten finest young creators in the Premier League, aged 22 and under.

The blistering Manchester City winger has enjoyed a breakthrough campaign, flourishing on the left of Pep Guardiola's line-up.

The Germany international excels in every category. With 12 assists to his name, Sané is the highest-ranked in the league for players aged 22 and under. Only De Bruyne has more assists than the winger; the Belgian's impressive haul of 15 looking increasingly unassailable at this stage.

Sané is also the highest-ranked when it comes to big chances created, with 0.56 per 90, a considerable increase from last season's 0.35.

The wideman averages 1.44 open play key passes per 90, placing him fourth in that particular category, while his xA per 90 of 0.29 can be bettered by only two players under 22.

Working under Guardiola's detailed instructions Sané is blossoming into a world class player. Expect even bigger things next season.

The Tottenham Hotspur starlet, who turned 22 earlier this month, has had a solid season. While he hasn't been able to scale the heights of last term, he has been a consistent creative influence for Mauricio Pochettino's side.

Alli has ten assists, all of which have been from open play, eclipsing Sané's total –the German has three from set pieces.

Alli also ranks high in the other categories, second in big chances created with 0.49, first in key passes from open play with 1.72 while his xA per 90 of 0.29 is level with Sané.

Although the England international earned considerably more plaudits last season, he has actually improved in a number of categories, including total assists, xA and forward passes per 90. 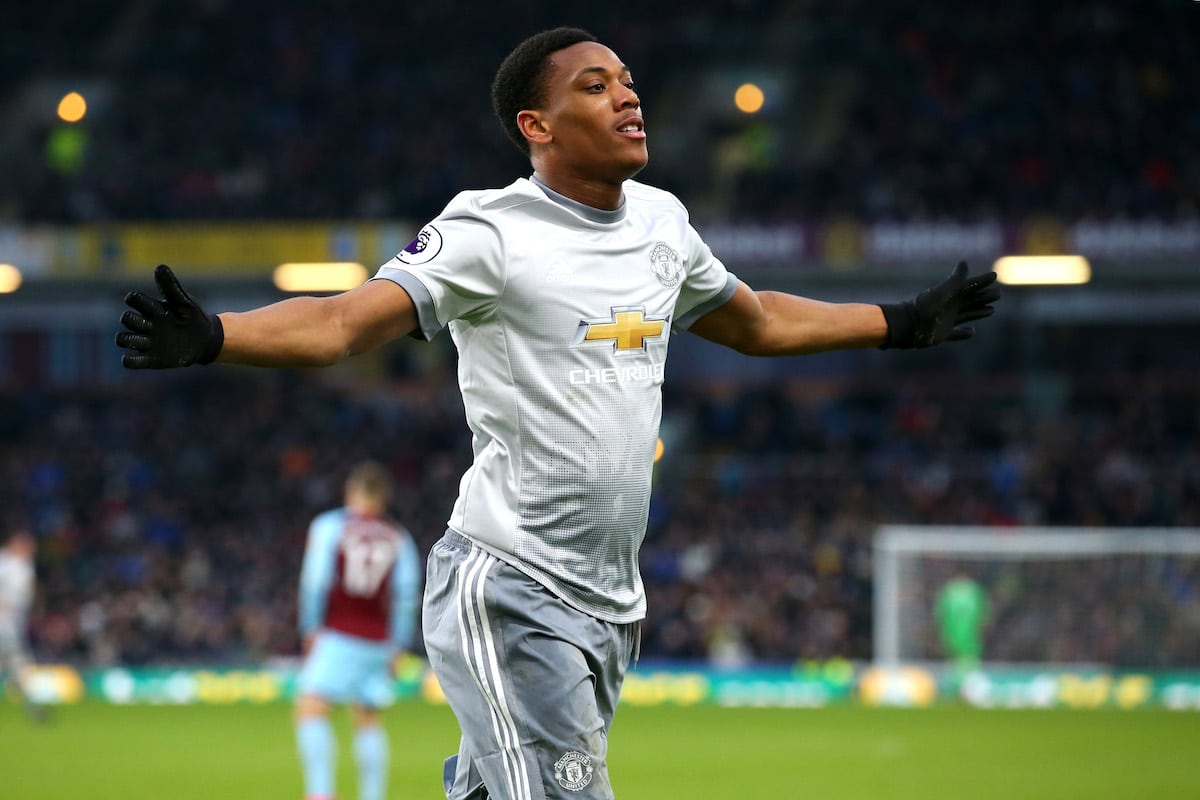 But that doesn't mean his numbers aren't striking. The 22-year-old matches Alli's big chances created per 90 of 0.49, while he is a close third in open play key passes with 1.53. Martial also tops the xA per 90 category with 0.34.

Yet Martial has emerged as a Juventus and Bayern Munich transfer target in recent weeks. Were he to leave this summer, it would leave a considerable portion of the United fanbase disgruntled at José Mourinho's perceived unwillingness to start the France international regularly.

As evidenced by his underwhelming performance against West Ham United, eventually being subbed off after 70 minutes, Iwobi is far from the finished article.

However, the 21-year-old Nigeria international has shown flashes of his quality this season and his two goals and five assists are a respectable contribution for a player who isn't guaranteed starts on a weekly basis.

Iwobi ranks fifth in big chances created for players under 22 with 0.35 while only Alli can better his open play key passes average of 1.55 per game.

An exciting – if a little unrefined – talent, Iwobi has the natural ability to replicate the numbers of Sané or Alli next season.

Arsenal fans will certainly watch Iwobi and Nigeria's progress at the World Cup with interest, going up against Argentina, Iceland and Croatia in a mouthwatering group.

The Brazilian's proposed loan move to Newcastle United in the summer collapsed on deadline day but he was able to join in January and, since then, he hasn't looked back.

Kenedy impressed on his Magpies debut and has continued to offer a pacy outlet in attack, even showing his killer instinct with two goals in a man-of-the-match display against Southampton.

The 22-year-old has averaged 0.34 big chances created per 90 this season and has an impressive 0.34 assists total against just 779 minutes played – in comparison Alli has played 2715 minutes.

Something of a surprise inclusion on this list, Kenedy has perhaps done enough to earn a permanent move to St James' Park. If that goes through, next season could be a big one for the Brazil youth international.

So, Sané, Alli, Martial, Iwobi and Kenedy are the five most creative players aged 22 and under.

Other names who rank high in individual categories include Manchester United's Marcus Rashford, who is fourth in big chances created with 0.40 per 90, midfielder Ruben Loftus-Cheek, on loan at Crystal Palace from Chelsea this season, who is fifth in open play key passes per 90 with 1.17, and Liverpool's 19-year-old right-back Trent Alexander-Arnold, who makes 1.15 key passes per 90.