There wasn't much between these two clubs last season with Coventry finishing one place and 3pts clear of Forest. The hosts head into this game as the bookmaker's favourites but Forest haven only lost one of the pair's last six encounters.

We've predicted a draw between these two Midland's clubs despite the fact that each of their last nine encounters have produced a winner. Coventry have the home advantage and will be looking to get the campaign off to a positive start but Forest have only lost one of their last six meetings with the Sky Blues. There wasn't much between the two clubs last season and we believe it will be the same this time around as well.

There should be goals in this game at both ends of the pitch as that has been the case in four of the duo's last si encounters in the Championship. Coventry's last game ended with both teams scoring as did Forest's last outing against Crewe. Neither of these sides are known for their clean sheets record and we're confident that both keepers will be beaten on Sunday.

As for a final scoreline, a 1-1 draw most suits Sunday's rivals as their recent encounters have tended to produce at least one goal for both clubs. It's the first game of the new season and that could make for a cagey affair, especially between two local sides that finished so closely together last season.

Everything you need to know about Coventry vs Notts Forest

Who will take the bragging rights in this Midlands derby?

Coventry will be hoping to push further up the table this season and perhaps even claim a top-half finish. Last time out the Sky Blues finished 16th but were 9pts above the drop zone and finished above Sunday's guests Notts Forest. Jobi Jones looks set to miss this weekend's clash due to an ACL injury but is expected back in training this month. Coventry will be hoping to make the most of their home advantage but know that the visitors carry a couple of serious goal threats.

Chris Hughton might not have a lot of time on his hands if Forest start the new season slowly as their owners will be expecting improvements on the the17th place finish the former Newcastle and Norwich manager attained in the previous campaign. Pre-season has shown promise for the Forest fans as their side secured 2-0 wins against Port Vale and Northampton, as well as a 2-2 draw with Crewe, but Sunday is when it really matters and the pressure will be on the visitors to put in a positive performance.

Coventry vs Notts Forest – Your Questions 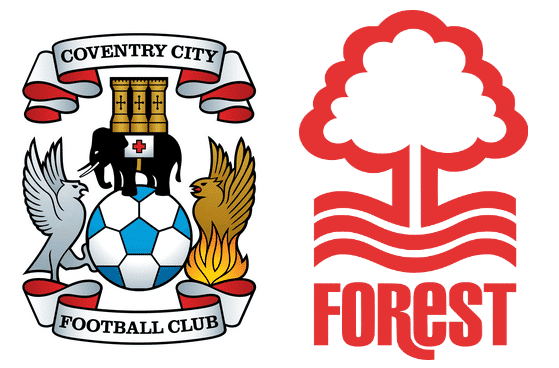