Among the Wednesday's Championship matches, one of the closest is probably the Coventry vs Cardiff duel. With that in mind, we decided to dig deeper into the game and prepare a detailed preview just for you.

Our free betting tips and predictions for Coventry vs Cardiff

If you need some help to find the right bet for the Coventry vs Cardiff duel, check our favourite betting predictions for this game here:

The home team is in a bit better form at the moment, although both teams are doing well since the start of the season and there is only one point difference between them after the first six rounds. However, Coventry is playing at home where they've won all three of their matches so far and we expect them to keep the run going, so Coventry to win is our first prediction for this game.

Two of the previous three head-to-head duels between Coventry and Cardiff have gone over 2.5 total goals and we believe that we are about to see another high-scoring game between the two teams. In addition to this, Cardiff averaged 3.00 goals per game so far in the league, so they have been playing games with many goals until now. However, Coventry averaged 2.00 goals per game so far, but they've gone over 2.5 total goals in two of their three matches played at home.

Top odds and useful stats more for Coventry vs Cardiff

If you are looking for the best Championship odds, you've come to the right place. We have the best odds from different bookies right here, including the odds for the Coventry vs Cardiff duel:

Coventry vs Cardiff preview: Derby of the round in Championship

The mid-table finish last season was not such a bad result for Coventry, but the fans will be hoping for more this season, especially after a good start that the team had. After the first six games in the league, Coventry is in the sixth place in the standings, with four wins and two losses. Coventry won three of their last four games, so they are in good rhythm at the moment. Eccles and Kelly are injured and out of the upcoming game.

After failing to secure a spot in the playoffs last season, the Welsh club will try again this year. With that in mind, the team started the new season well, with three wins, two draws, and one loss, which is enough for the eighth place in the standings at the moment. The team also reached the second round of the EFL Cup before being eliminated by Brighton. Tomlin and Vassell are injured currently and out of contention for the next match.

The usual questions for Coventry vs Cardiff 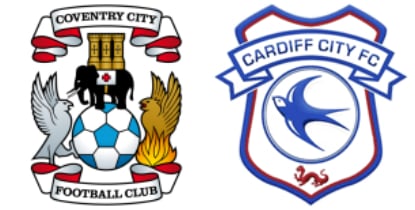