Coventry aren't in amazing form right in this very moment but they're back where they are beat right now; that is at home. Will they continue their impressive home record? Find out with our Coventry vs Birmingham match preview with free tips, predictions and odds mentioned along the way.

Coventry vs Birmingham: Our top tips

Coventry might have only won two of their last five games but their home record is mighty impressive so far; if only home matches were counted the Sky Blues would sit second in the table. The last 30 points on offer during home matches has seen them take 25 points with just one loss coming their way. Given Birmingham have won just one of their last five away games – losing three and drawing the other – it feels like the value is on Coventry to take maximum points on their own patch once again. Coventry haven't lost a home match to Brum since 2006 either!

This game will see goals

An over 2.5 total goals bet on this match isn't nailed on but the betting odds certainly provide some value. Birmingham have gone over 2.5 goals in three of their last five matches. Coventry have only gone over 2.5 in two of five but their last five home matches read somewhat differently with four of the last five passing the 2.5 mark; that includes the last two home games too. With all that considered along with the odds of 20/21, it looks like a pretty decent punt.

Both sides will contribute goals

Our final prediction for this match between Coventry and Birmingham is that both sides will register on the scoresheet during the 90 minutes. Coventry have scored in eight of their last 10 matches with six of those 10 ending with both teams scoring. Birmingham have notched in four of their last five outings and to further cap the stats off three of the last five head to head matches have seen both sides find the back of the net.

Find the best odds for Coventry vs Birmingham

Coventry find themselves sat in fifth place in the Championship table right now but where would they be if their away form was half as good as their home? It's not just results though because their main man, Viktor Gyokeres, is a much better goal scorer at home. He hasn't scored in seven games but has four in his last five in front of his own fans. Birmingham's season looks set to be a mid table affair. Scott Hogan is at least in good form, he's scored three in his last four.

FAQ on Coventry vs Birmingham 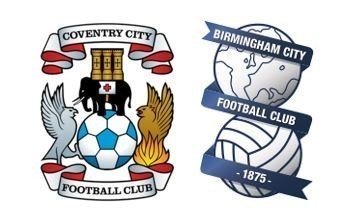