When Barcelona started their pursuit of Philippe Coutinho in the summer, there was a clear place in their team for the Brazilian. After all, the Camp Nou club were still reeling from the shock exit of Neymar and they viewed Coutinho as the man to restore some of the magic and x-factor that had been lost. Ironically, though, by the time they completed the deal, it was more difficult to see where the playmaker would fit in.

Indeed, Coutinho arrived at a Barcelona team that had already moved on beyond the Neymar age. Ernesto Valverde had led the Catalans to the top of La Liga, unbeaten at the time, with the former Athletic Bilbao boss instilling a sense of balance that had been lacking in previous seasons. Some even claimed Barça were better without their former Brazilian forward.

As Barcelona‘s most expensive player ever, much is expected from Coutinho, illustrated by the crowd of thousands that turned up to merely watch the Brazilian unveiled. But the early signs have been mixed. Having played for Liverpool earlier in the competition, Coutinho is ineligible to play in the Champions League for Barça. But the 25-year-old was also left out of the Catalans’ starting lineup for last week’s La Liga clash against Eibar.

This demonstrated the difficulty Valverde is having in fitting Coutinho into his side. In fact, there’s a case to be made that the £142million signing of the playmaker has disrupted Barcelona’s attack, with the Catalans currently enduring something of a sticky patch by their usual high standards. Not since the 5-0 thumping of Real Betis last month have Barça scored three times or more in the one game, with Getafe even holding them to a goalless draw at the Camp Nou a fortnight ago.

Even when Coutinho is on the bench, Barcelona’s stride has been broken. It could be a coincidence that this has happened since Coutinho’s introduction. But taking into account that their recent struggles have come in the final third, there is a correlation to be drawn.

It should be noted that Coutinho has had trouble recovering from a thigh injury since signing, but his productivity statistics are way down from his Liverpool days. As a Red, the Brazilian averaged 2.9 key passes per game, putting him way ahead of the rest of his team-mates.

At Barcelona, though, Coutinho is averaging just 1.3 key passes per game. What’s more, he is also making fewer total passes per game (49.3 compared with 38.8), suggesting that he is seeing less of the ball at his new club as the 25-year-old struggles to find a role.

Part of the problem is to do with the shape Valverde has adopted as Barcelona coach. His side has thrived in a 4-4-2 formation this season, with Lionel Messi and Luis Suárez deployed as a front two. Rather than trying to replace Neymar, Valverde simply changed shape to accommodate for the loss of the Brazilian.

However, in this formation there’s no obvious place for Coutinho, particularly when Andrés Iniesta starts. Valverde has tried the Brazilian on the left and now seems to have settled on using him on the right, where Coutinho is left on the peripheries of the match. Only Marc-Andre Ter Stegen and Suárez made fewer passes than Coutinho against Eibar last week. He also failed to play a single key pass or through ball against the La Liga minnows. It wasn’t exactly the sort of display expected of Coutinho at Barcelona.

At Liverpool, Coutinho was the hub of their attacking play. He is a player who thrives with being at the centre of things, but this freedom isn’t afforded to him at Barcelona. This is a similar problem to the one Neymar faced upon pitching up at the Camp Nou in the summer of 2013 and it was only over time that he grew accustomed to his new position on the left side of the front three. 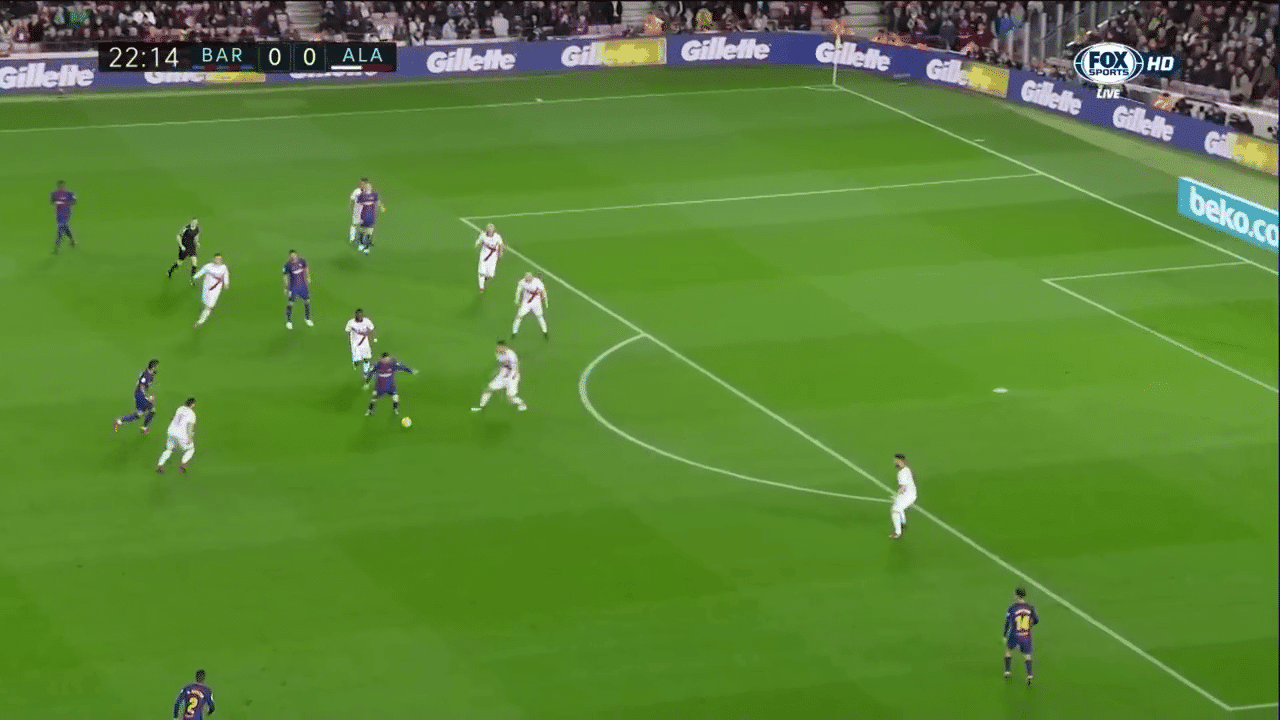 Perhaps the clearest manifestation of Coutinho’s troubles at Barcelona so far came in the game against Alavés earlier this month. As shown by the screenshot, the Brazilian was left isolated on the right side while Iniesta, Messi and Suárez controlled things as a central trio in the middle of the pitch.

Even when Coutinho did receive possession, he was charged with moving the ball from deep, as shown by the screenshot below. Rather than being the one probing on the edge of the opposition box, he was delivering the ball to that area of the pitch, overlapping with Nelson Semedo down the right side. Is that really making the most of Coutinho’s sparkling talents? 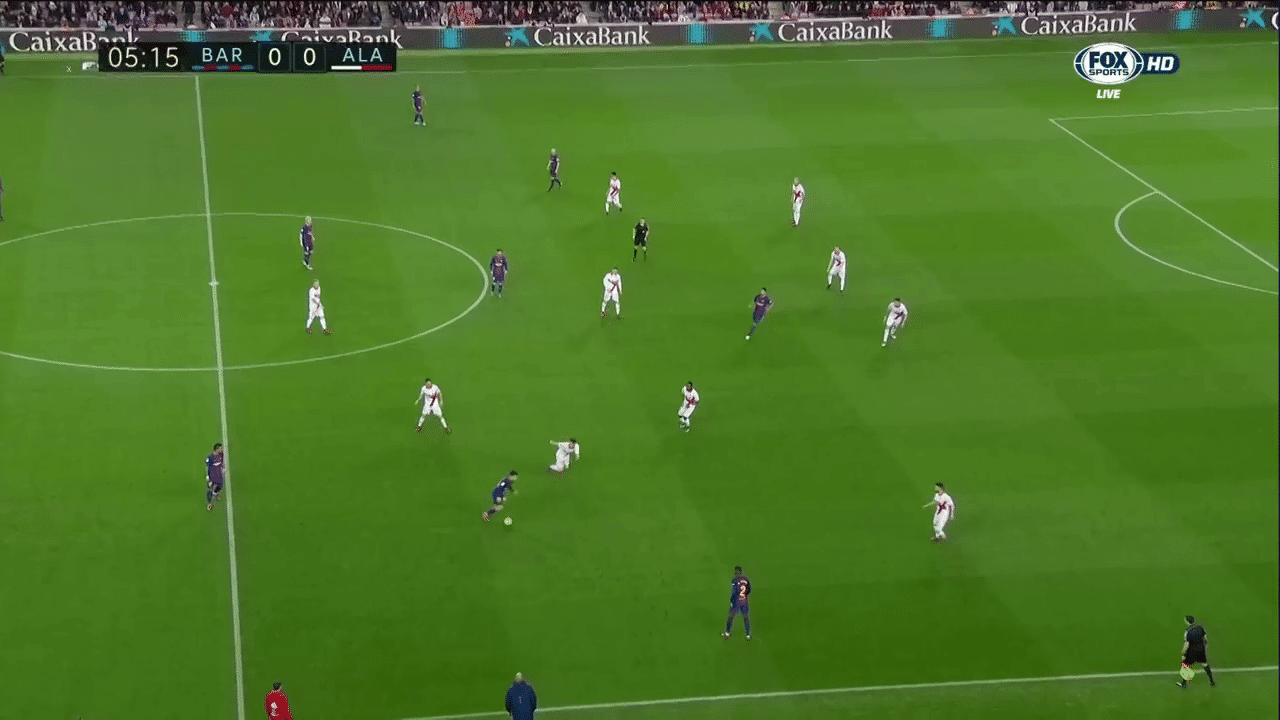 Just like Neymar before him, Coutinho might adapt to his new role at Barcelona, but as things stand there are clear issues for the Brazilian at his new club. He is something of a misfit in a team that, at present, didn't really need him. Coutinho might be one of their best players in terms of pure talent, but he isn’t being given the chance to show it early on in his Barca career.