Philippe Coutinho sealed his dream move to Barcelona on January 6, 2018, and a year on from the £140million deal the Brazilian is still struggling to fit in at the Camp Nou.

The fee Liverpool received for the former Inter Milan star remains a record for a Premier League export, but Barça have hardly gotten value for money.

Although there have been brights spots and spectacular goals throughout, were Ernesto Valverde required to select his strongest Barcelona XI right now, it's unlikely Coutinho would make the cut.

The plan, it seemed, was for the gifted Brazilian to play as part of Barça's midfield three, eventually replacing club legend Andrés Iniesta, who left for Japan at the end of last season.

But the midfield experiment hasn't worked, with Coutinho lacking the stamina and dynamism to perform at his best in the role, and he has instead now been restored to the role in which he shone for Liverpool, on the left side of the front three. 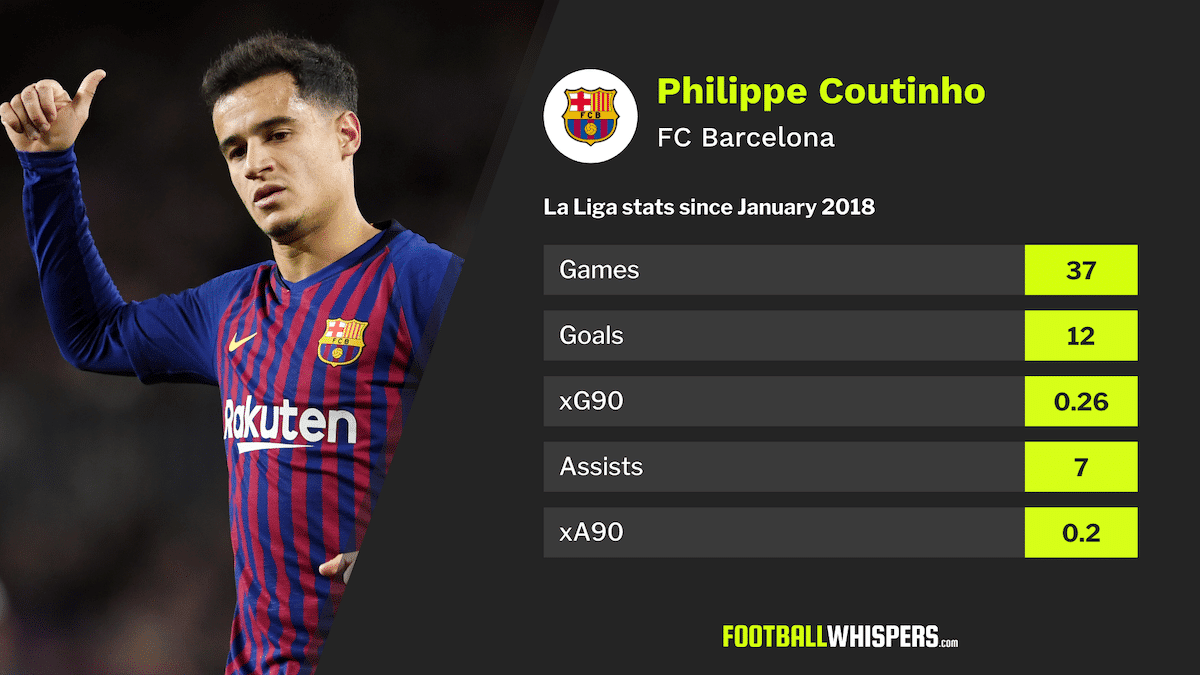 However, Coutinho's presence unbalances the La Liga champions' attack, with he and Lionel Messi – stationed on the right but with licence to drift inside on to his stronger left foot – each looking to operate centrally.

As such, when Messi and Coutinho play together, Barcelona lack width. And if it comes down to a straight choice between the two, there is only ever going to be one winner.

The form of Ousmane Dembélé this season, with the Frenchman fully recovered from the hamstring injury and inconsistency that plagued his first campaign at the Camp Nou, has seen the 21-year-old become a fixture of the Barça frontline at Coutinho's expense.

Coutinho, of course, remains a hugely talented footballer, one capable of winning games single-handedly through moments of inspired brilliance. But it is looking increasingly likely that he will not find a home at Barcelona, where, as even the great Neymar found, Messi casts a long shadow.