With Chelsea's Premier League title defence set to end in disappointment – they sit outside the top four – the Champions League offered the Blues a chance to rescue an otherwise underwhelming campaign.

Despite the odds being stacked against them, having been drawn against Barcelona in the last 16, the Blues battled admirably, with their 3-0 second-leg defeat at the Camp Nou an unfair reflection of what was a fairly even encounter.

The difference was, ultimately, Lionel Messi. Or, more precisely: Messi's ability to twice slip the ball between Thibaut Courtois's legs to score.

The towering Belgian goalkeeper's failure to keep out the little Argentine genius' double has brought him in for stern criticism. Named as a key Real Madrid transfer target ahead of the summer, many Chelsea fans are beginning to believe it might be time of the club to cash in on Courtois.

With the help of some instructive analytical statistics, we've taken a look at whether Courtois is actually holding the Stamford Bridge side back.

To his credit, the former Atlético Madrid loanee fronted up post-match and admitted not only that he should have done better with Messi's strikes, but that stopping shots fired between his legs is a weakness in his game.

“I didn’t think Messi would shoot from there and I was a bit late to close my legs, so that’s my mistake,” Courtois said.

“We had chances, hit the crossbar, it was mostly our individual mistakes that cost us.

“I’ve played against him a lot of times and already conceded goals through my legs from him.

“That’s maybe the weakest part of me because of my height. You have to be man and admit you make mistakes.”

At 6ft 6ins, it's perfectly reasonable to suggest that Courtois is never going to possess the fleetness of foot of a smaller goalkeeper, and his weakness in saving shots threaded through his legs is offset by some of his undeniable strengths.

But by looking at the post-shot expected goals Chelsea are giving up this season, we see a rather alarming trend.

Post-shot xG takes a team's overall xG and eliminates any shots that do not land on target. By looking at a side's post-shot xG conceded, we get a picture of the quality of chances a goalkeeper faces. 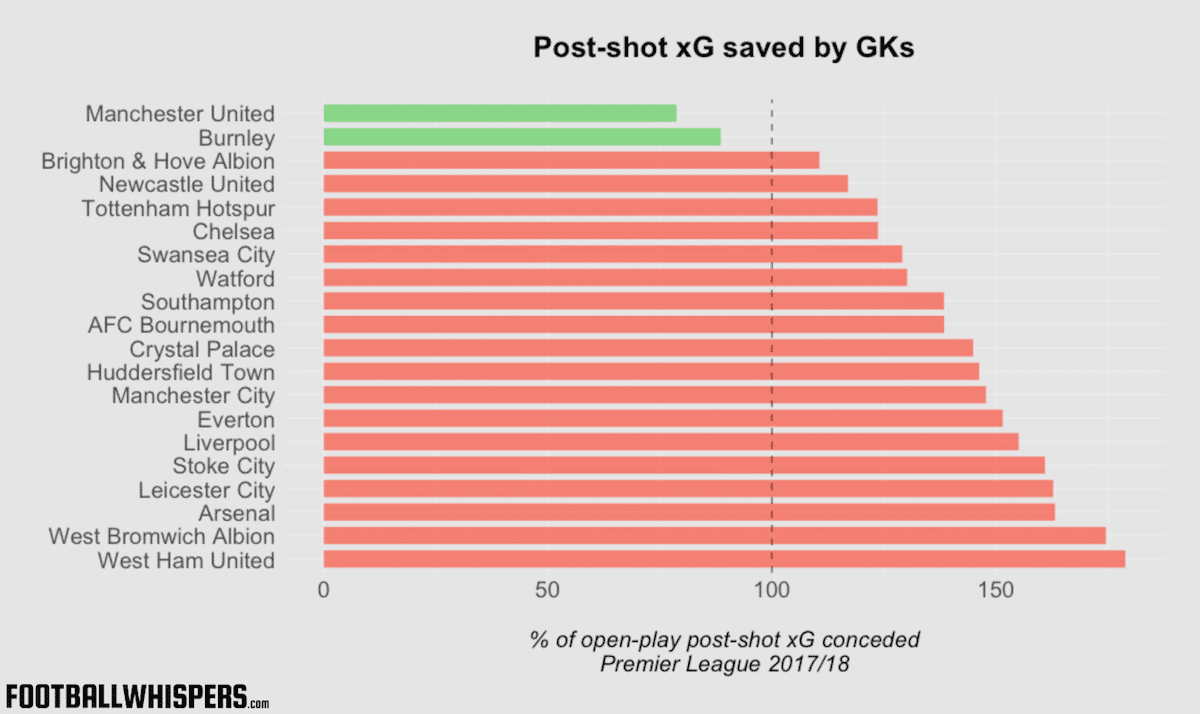 The above graphic shows how every Premier League team are performing against their post-shot xG this season.

With Manchester United and Burnley conceding at a rate below 100 per cent of the post-shot xG they have allowed, the value of David de Gea and Nick Pope's outstanding shot-stopping ability is clear.

Ranking fifth in the division, Chelsea have been shipping goals at a rate of about 20 per cent higher than we would have expected judging by their post-shot xG numbers. Plainly speaking, this means Courtois is not currently operating at an especially high level when it comes to shot-stopping. 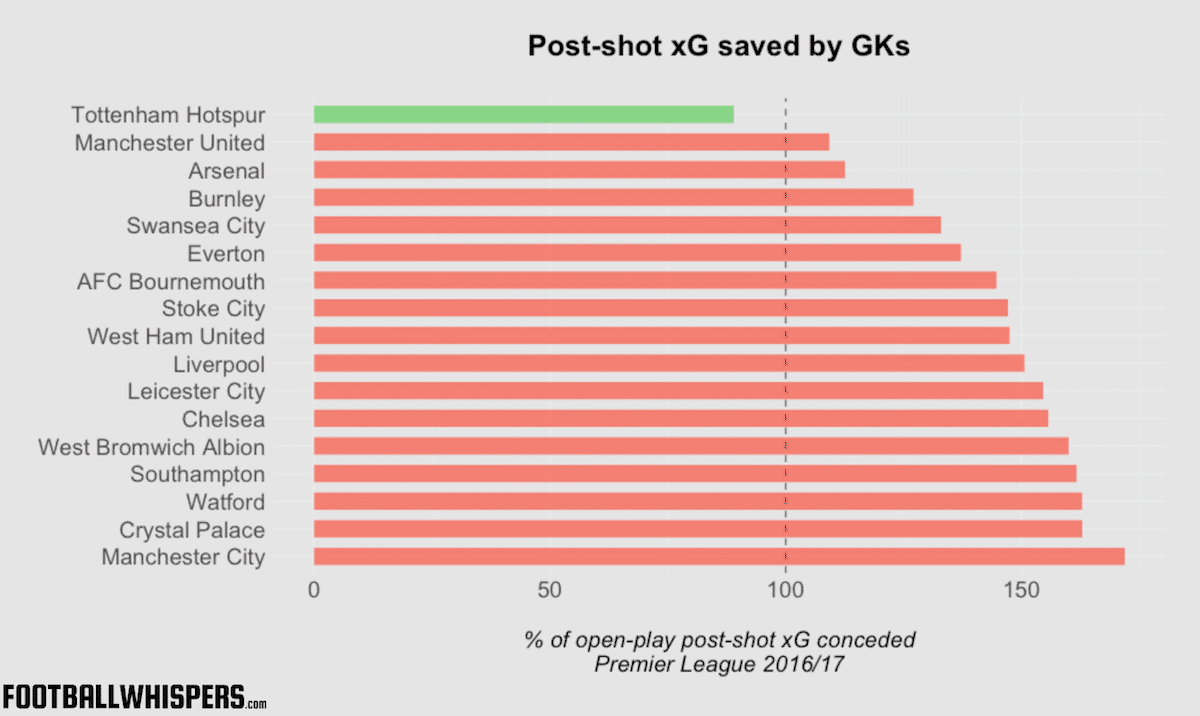 However, to suggest Courtois is the reason for Chelsea's recent struggles would be way off base.

The above graphic details the same metric but for last season. As we can see, ranking 12th, the Blues were conceding at a rate of more than 50 per cent of their post-shot xG allowed.

This didn't prevent Antonio Conte's men from winning the title at a canter, and Courtois, by this measure, is actually stopping shots at a better rate this term.

While it might be reasonable for Chelsea to expect more from a goalkeeper widely considered to be one of the world's best, and there will be a temptation to test the market for improvements in the summer, the Blues have bigger issues than Courtois right now.