Replacing Xavi at Barcelona was never going to be easy. In fact, it was always going to be nigh impossible.

The Spanish midfield metronome was the lucid creator that kept Barça ticking for over a decade. He played with a subtlety that meant widespread recognition only came later in his career, but by the time he moved on everyone realised just how difficult it would be for the club he was leaving.

For 17 seasons, Xavi probed and scanned, passed and moved, received and gave. He was a quiet yet unerringly consistent orchestrator and, along with Andrés Iniesta and Sergio Busquets, one-third of what was perhaps the most lustrously effective midfield trident in the history of the beautiful game.

Occasionally, he came up with important goals. More often, he would be the man directly supplying them. He defined Barcelona in arguably their most dazzling period of achievement; no individual could hope to fill his small but potent boots.

And yet, with rumours linking the La Liga leaders with a move for Marco Verratti, it appears they may well soon possess the closest thing to Xavi since the man himself. 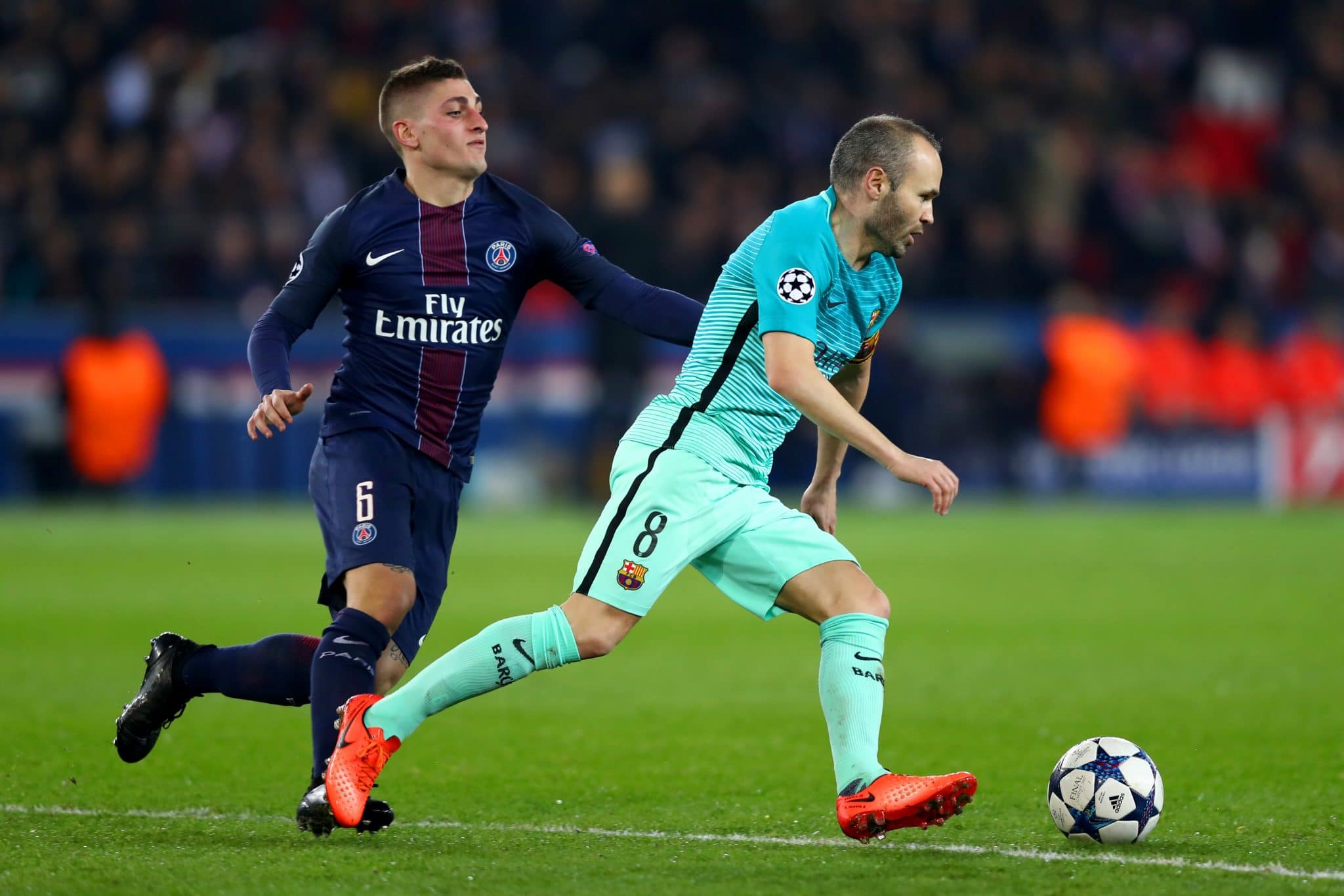 READ MORE: WHY SERGE AIURIER IS ON BARCELONA'S LIST OF TARGETS

According to Mundo Deportivo, Barcelona executives met with the Italian midfielder’s agent, Donato Di Campli, twice in recent months. The report claims that the player was “very excited” upon hearing of the discussions, something that correlates with what the 24-year-old said in 2015.

Speaking to Goal, Verratti outlined his appreciation for the Catalan club. “It is up to the people at Barcelona to decide [if I would fit in], but it is true that I like their style,” he said. “Even though I am currently in a good project and I feel at home, any player would play for Barcelona.”

His words were filled with truth. 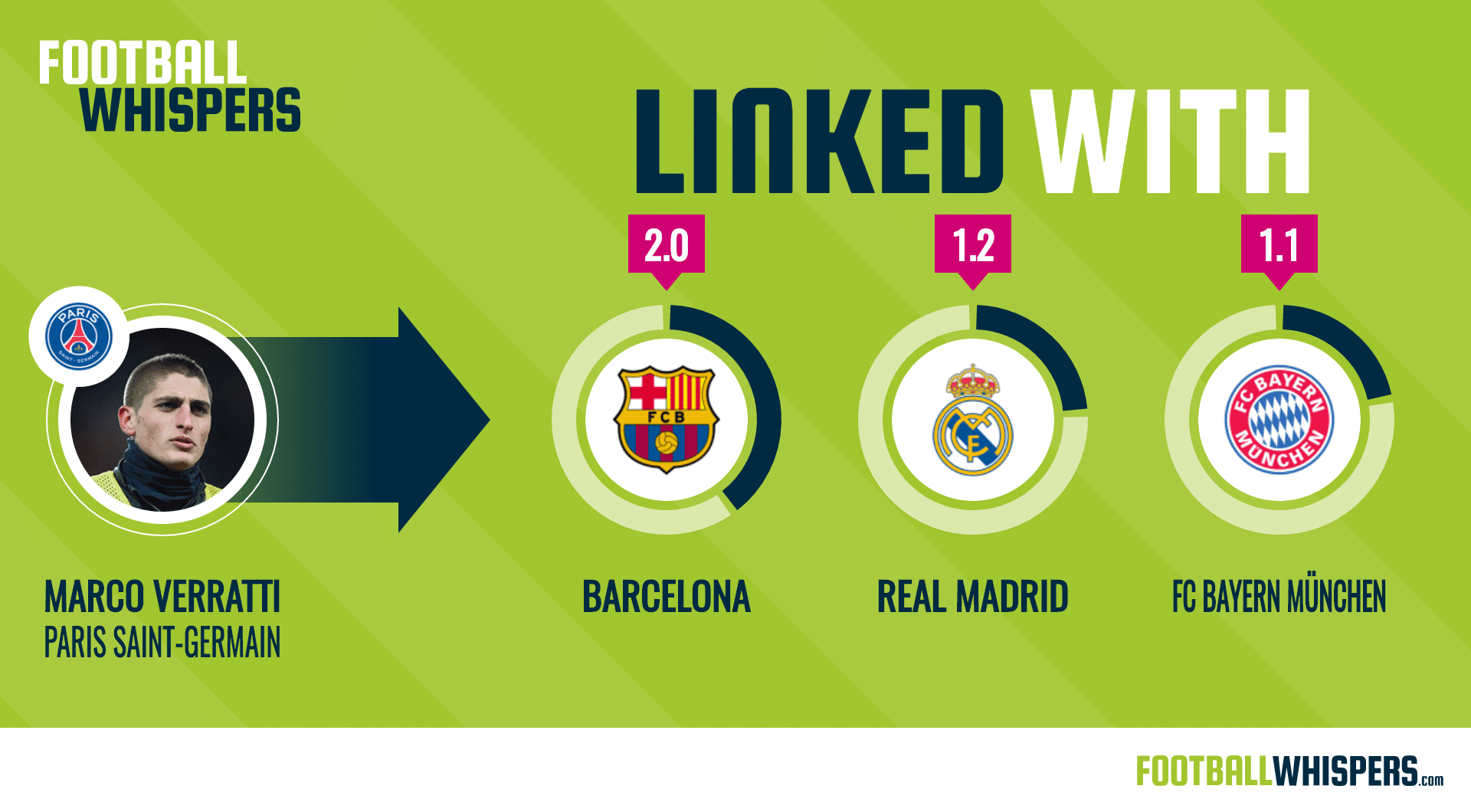 But playing at the Camp Nou also comes with a special type of pressure, particularly when it involves being tasked with succeeding an icon.

Xavi’s last season at Barcelona as a player was Luis Enrique’s first as manager and it came with a slight alteration in method. The coach implemented a more direct style of play based on faster transference of the ball to the front line of Lionel Messi, Luis Suárez and Neymar.

This change coincided with a reduction in game time for Xavi as the more energetic and dynamic Ivan Rakitić was integrated into the midfield three in his place.

The football Barcelona played was different. But a treble of league, cup and Champions League meant results weren’t an issue. This has continued to be the case, though their struggles in Europe’s elite club competition this season – including 4-0 and 3-0 away defeats to PSG and Juventus respectively – have hinted at a growing lack of cohesion.

This problem has not been helped by poor business in the transfer market.

Barcelona’s decision to sign Andre Gomes from Valencia last summer has, thus far, not quite worked out. The Portuguese has been sloppy and slow in possession without providing the cut and thrust offered by Rakitić nor the precision previously offered by Xavi. 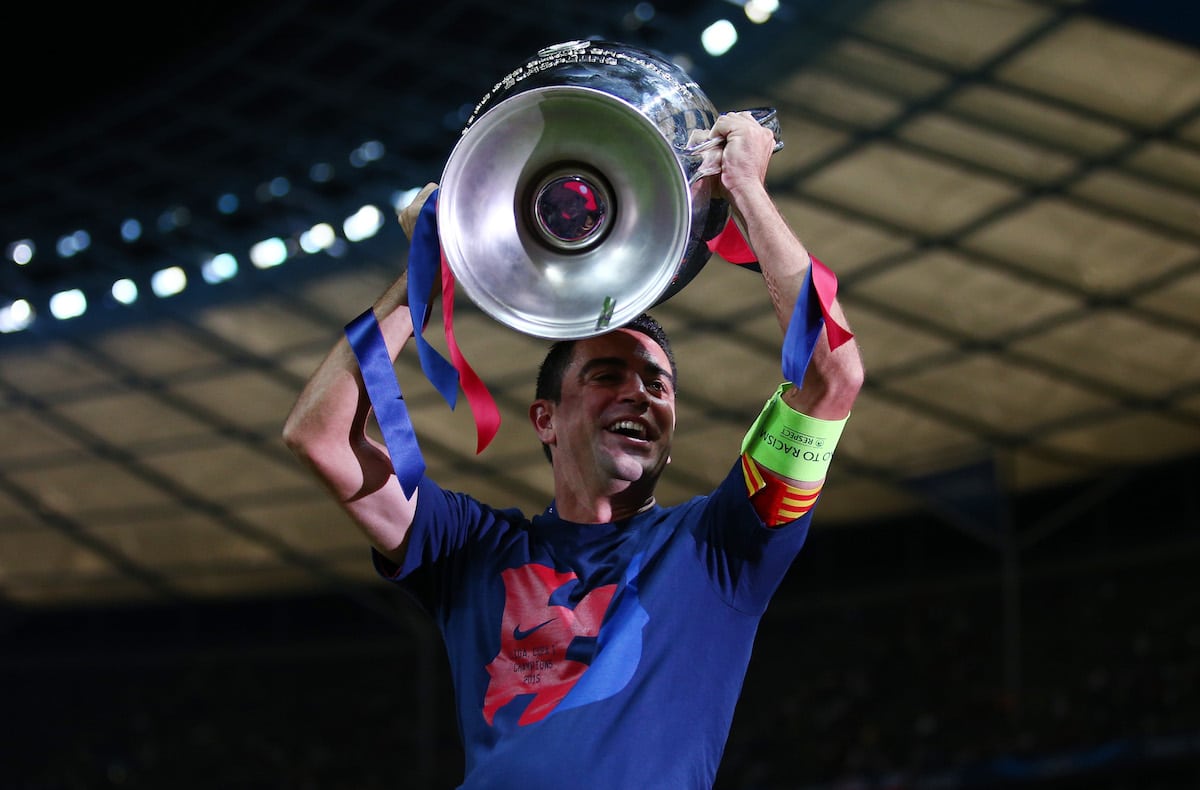 READ MORE: HOW BARCELONA'S TRANSFER POLICY HAS FAILED THEM BADLY

In Verratti, the Blaugrana would be signing a player capable of finally filling the void left by the latter, something the club legend agrees with himself.

Speaking to La Parisien earlier this year, Xavi spoke of his admiration for his potential successor. “I think Verratti is a bit like me,” he stated. “He always goes in search of the ball quite deep on the pitch and then takes it forward and dictates play. Verratti is small just like me and he never loses the ball. His technique is incredible. He is a player I would love to see at Barcelona.”

The stylistic similarities are clear for all to see.

Like Xavi, Verratti is diminutive. The former stands at 5ft 7ins while the latter is two inches shorter. Verratti is also similar to Xavi in terms of playing position and style with a preference for operating as a deep-lying playmaker, knitting moves together and occasionally surging forward with the ball at feet.

However, there are also more nuanced, tactical similarities between the pair. 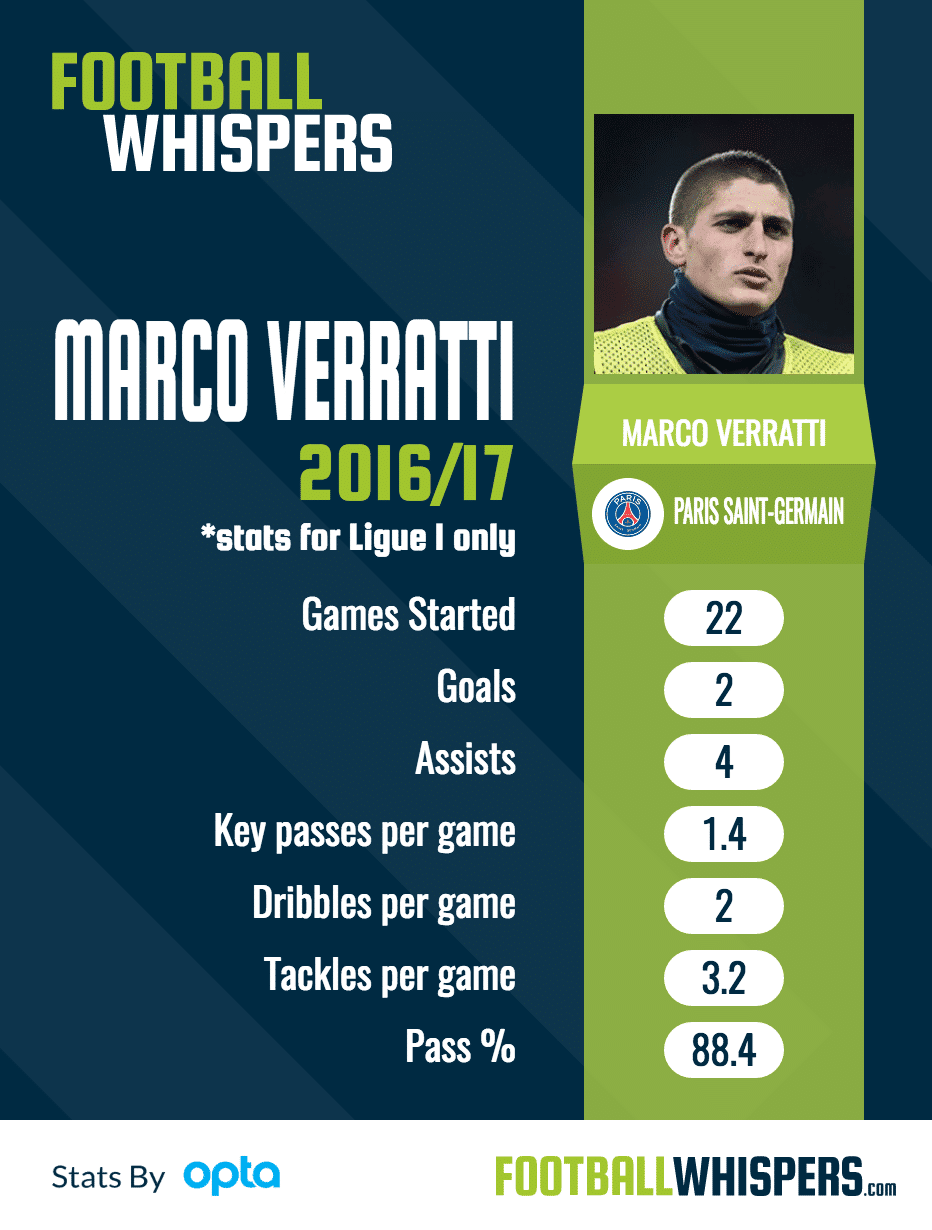 Xavi’s game was built on control. His touch was superlative and his ability to retain possession under pressure and manoeuvre out of tight spaces was second to none. One of his classic moves was to turn backwards before completing a full 360 to emerge, free from his attentive marker or markers, with the ball still at his feet.

He also had an innate understanding of everything going on around him and knew where to play the ball or where to move to receive it. He chose not to play around but through the opposition, usually after lulling them into a false sense of security with a bamboozling number of small, seemingly purposeless passes with a team-mate. He did so with an astonishing variety of passes.

The Italian also thrives in resisting pressure from opponents, utilising outstanding technique as opposed to physical strength or real athleticism to bypass markers. He has a low centre of gravity that helps and he is also a cultured passer with a proclivity for breaking the lines with intricate vertical balls.

Perhaps Verratti is not as clever as Xavi was when it comes to deceiving an opponent with a look or a change of body position. Nor does he pull off the same frequency of intelligent third-man runs without possession. But for control, distribution, vision and range, he is mighty close.

Verratti is more Xavi than either Rakitić or Gomes, something that is hinted at statistically.

This season, he has completed more passes than either of the two Barcelona men while a comparatively higher percentage of his passes have been forward. He has also beaten his man significantly more often and has created more chances, on average, per 90 minutes.

No-one can replace Xavi. But Verratti would be the best option available to Barcelona were they to attempt such a feat.