Chelsea turned down Bournemouth’s deadline day bid for Nathan Ake, suggesting they see him as a key part of their squad as they try to win their second Premier League title in three seasons.

But the Dutchman failed to make the bench against Liverpool and has only played once since being recalled from his loan on the South Coast on 8 January.

So where does the 21-year-old fit in at Chelsea? 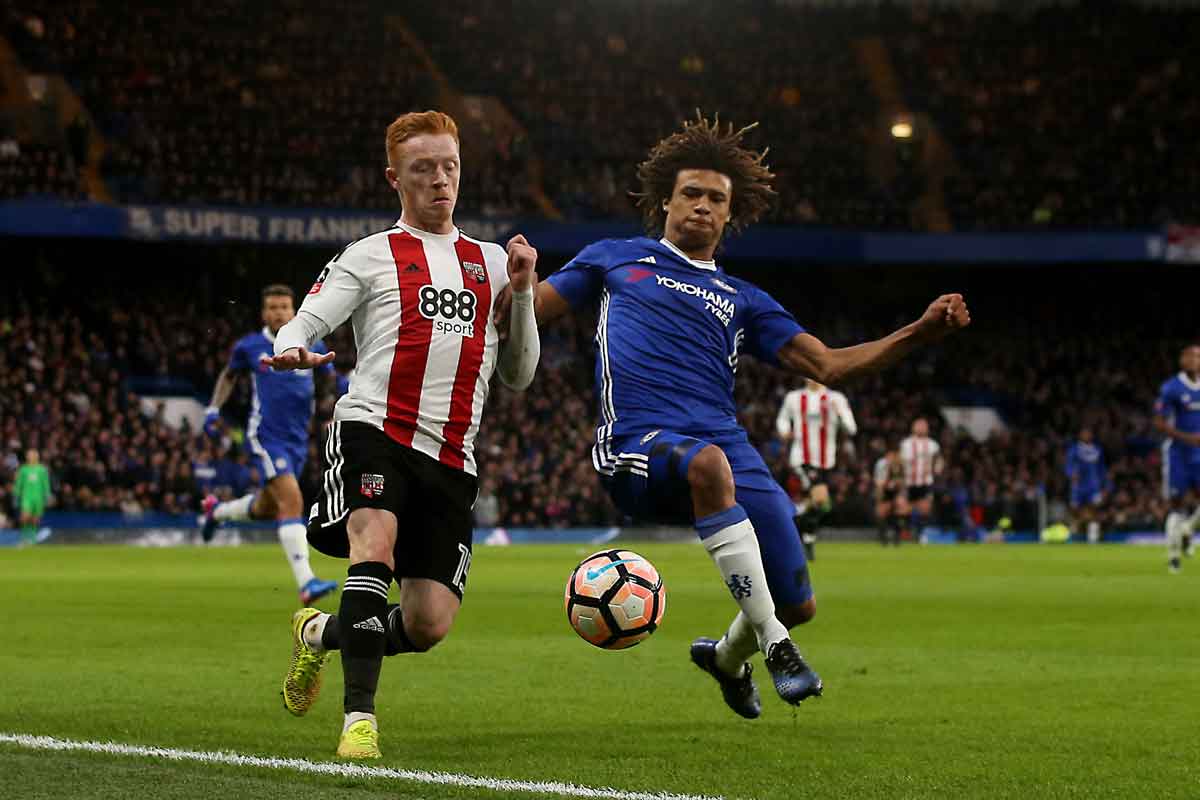 A backup to Marcos Alonso?

It’s fair to say that when Chelsea brought in Marcos Alonso, there were few people who saw him as a regular starter, or even a crucial part of Antonio Conte’s side.

However, Alonso has firmly established himself as first choice in the left wing-back role in Conte’s 3-4-3.

But should he get injured or suspended, there are not many options for the Blues.

Pedro played there against in the FA Cup against Peterborough, while Cesar Azpilicueta was deployed in that role against West Ham United in the EFL Cup.

But both of them are regular starters in other positions for Chelsea, and it is unlikely Conte would want to move them from roles in which they are thriving.

And it was Ake who took up the left wing-back position in the FA Cup game against Brentford, and he showed the manager what he can do there.

Like Alonso, Ake is not afraid of going forward. 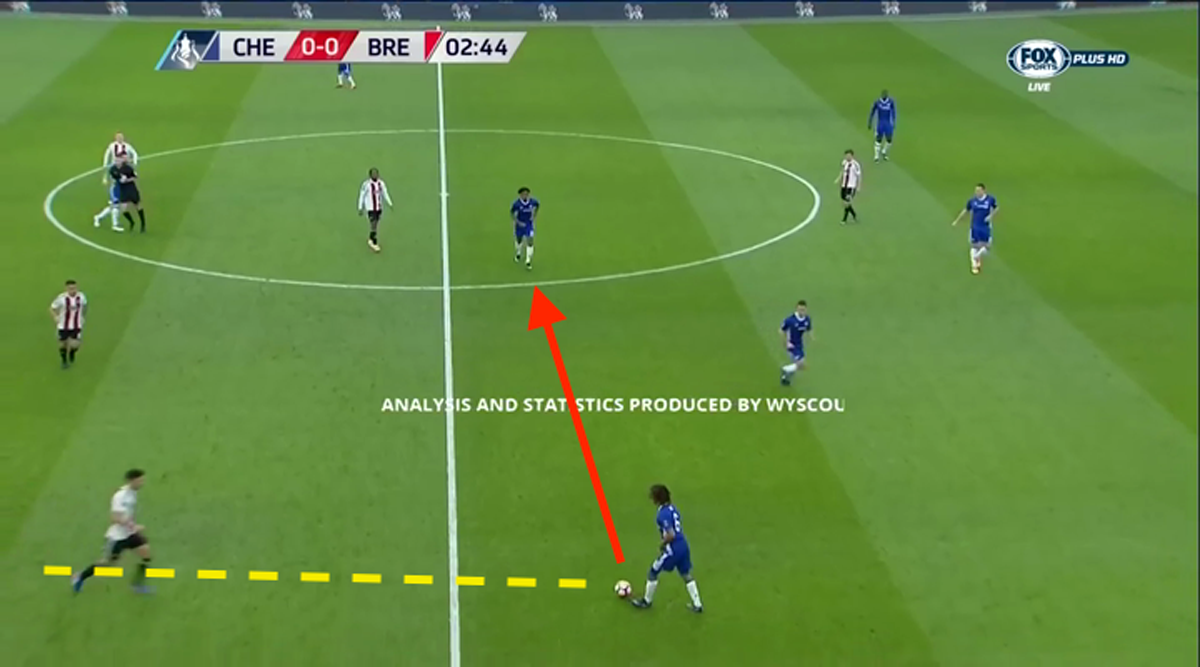 You can see here he gives the ball to Nathaniel Chalobah and is already on the move, waiting for the return pass to get in behind the Brentford defender. 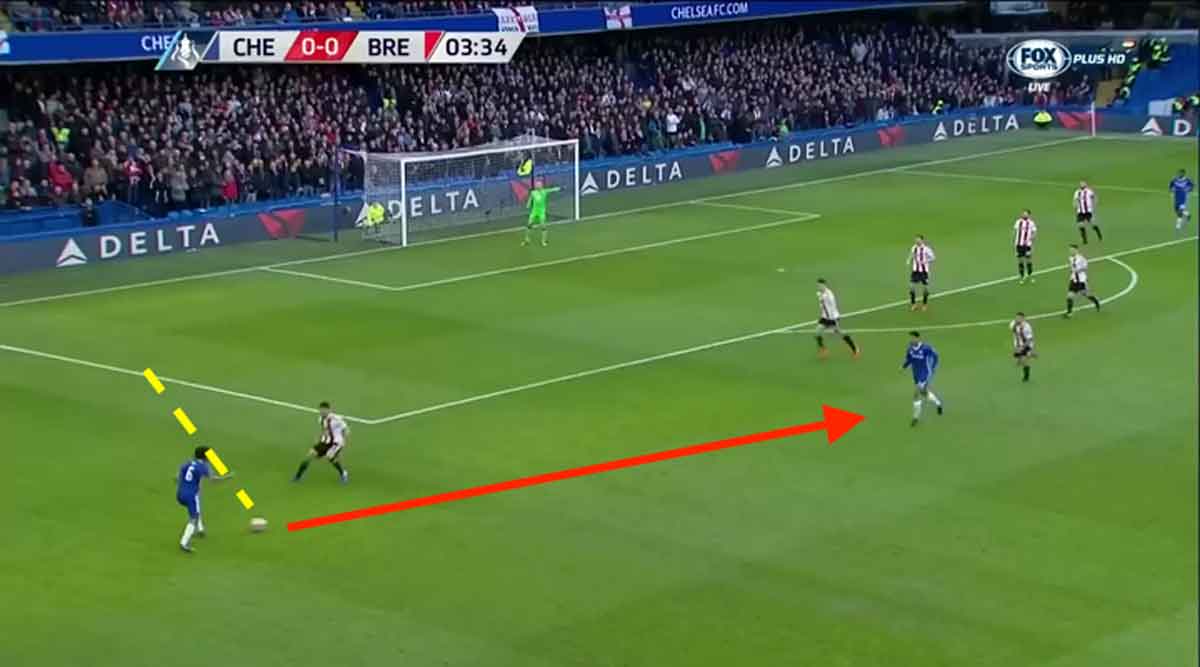 That give-and-go to try and get beyond the opposition can be seen again above.

For someone who has played centre-back for most of the season, Ake is not afraid of getting forward while playing as a wing-back. 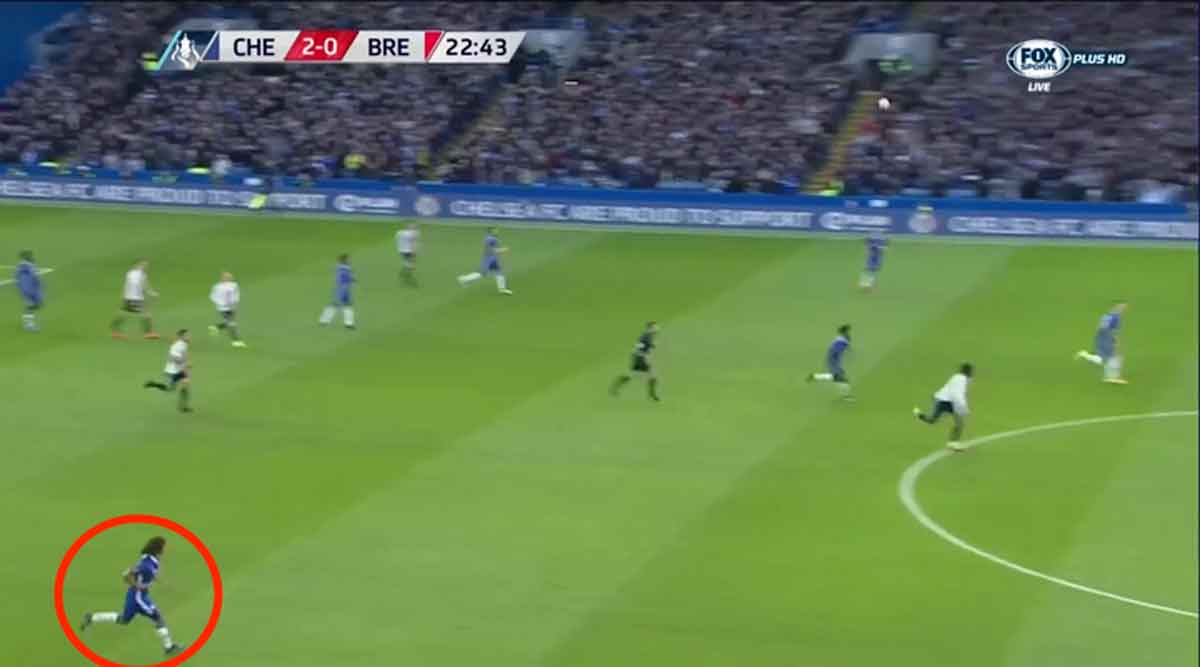 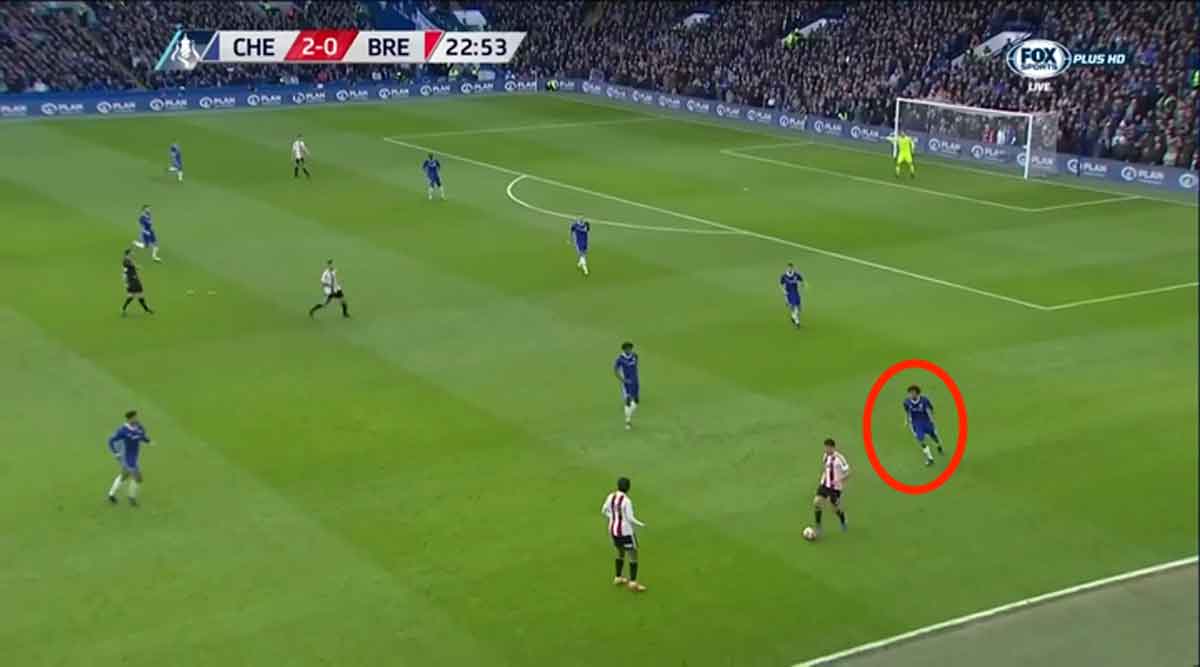 And when the other team start an attack while Ake is up the pitch, he is already showing signs of knowing where he needs to be in Conte’s 3-4-3, as you can see.

That is to the Italian coach's credit more than anything – you can see all of Chelsea’s players know the shape they need to be in. 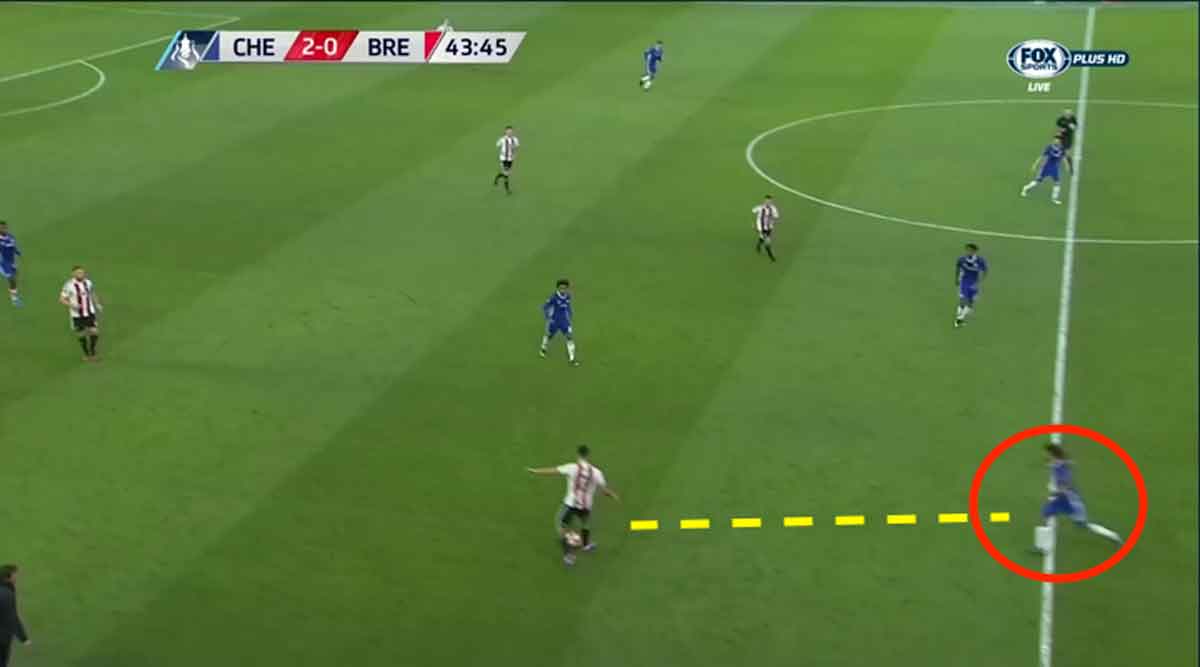 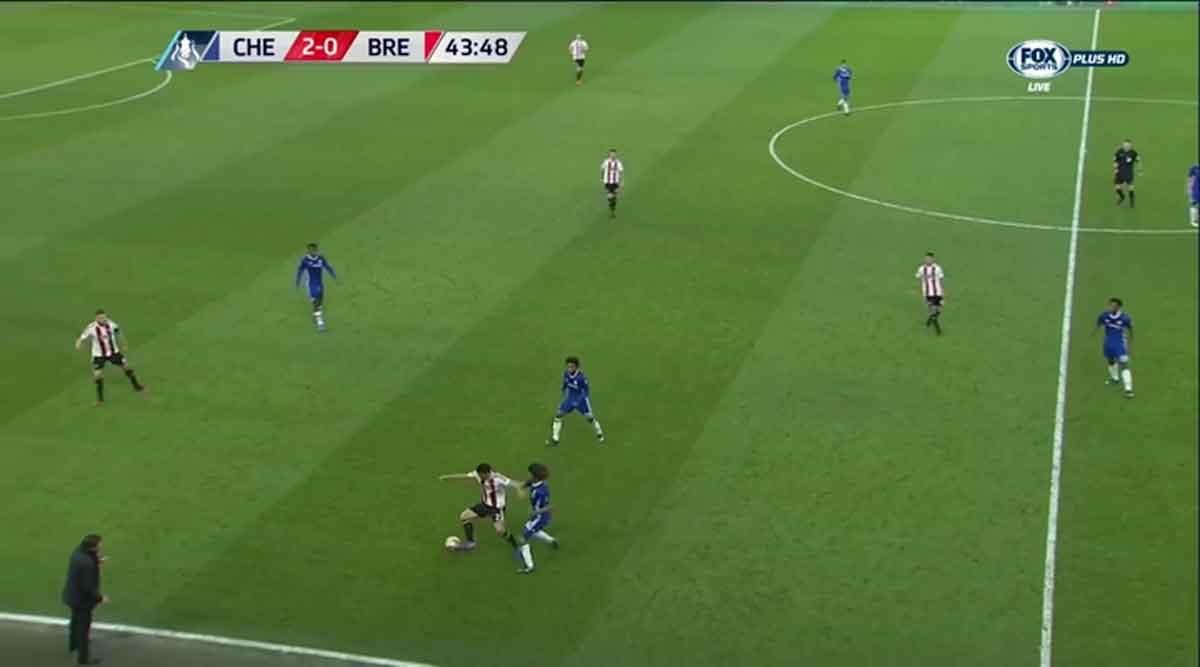 And against Brentford, he also proved himself quick at getting to the spare man, closing him down and forcing him into losing the ball.

Ake may have played as a full-back for Chelsea against Brentford, but in the first half of the season, he’s mainly been a centre-back for Bournemouth.

Kurt Zouma seems to be the first-choice back-up option for Azpilicueta in the right-sided centre-back role, while John Terry has tended to featured in David Luiz’s position in the middle of the back three, so could Ake be Gary Cahill’s back-up on the left of the three?

At Bournemouth, he thrived as a a centre-back, and with him being left-footed, it would seem a natural place for him to play for Chelsea. 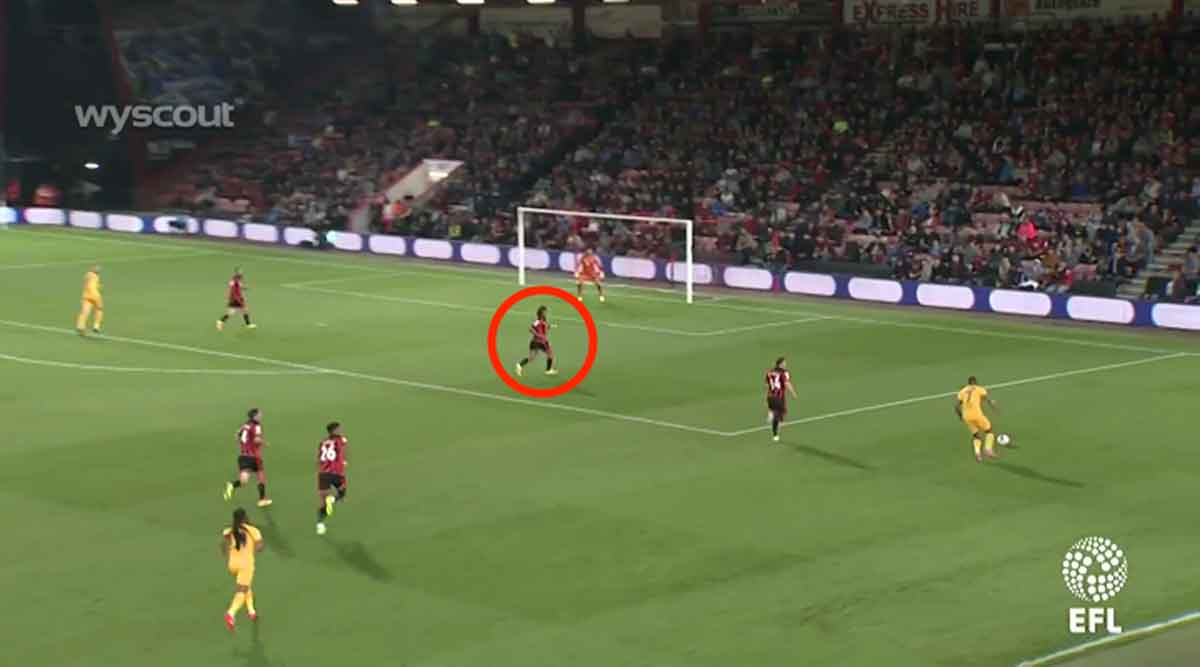 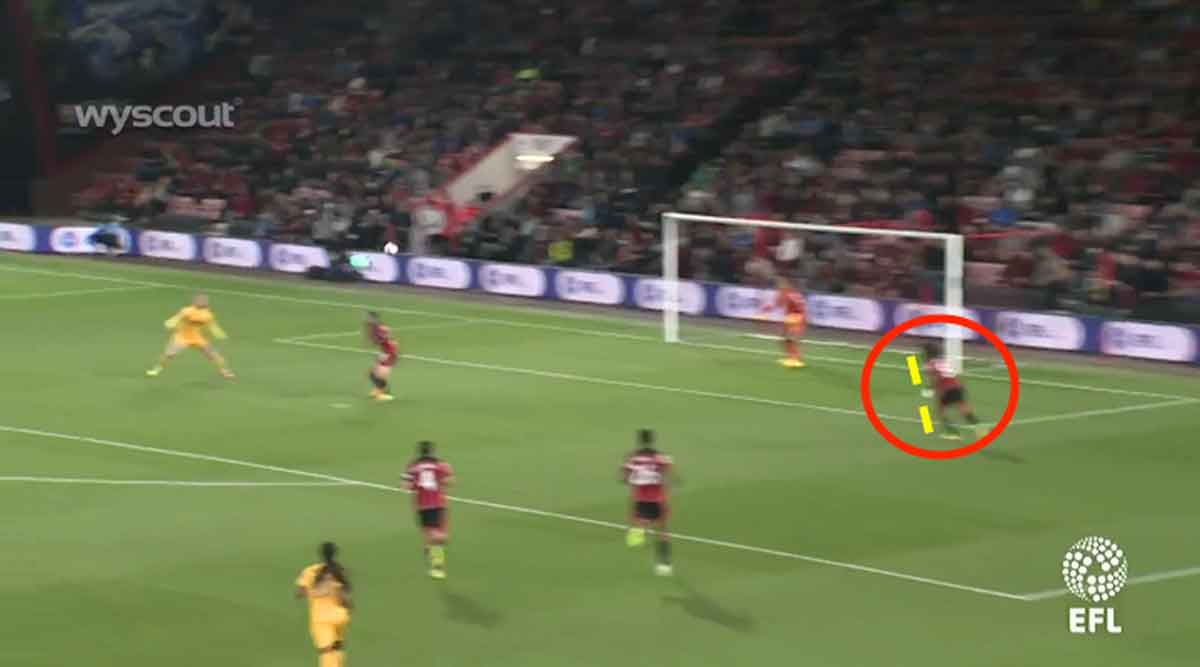 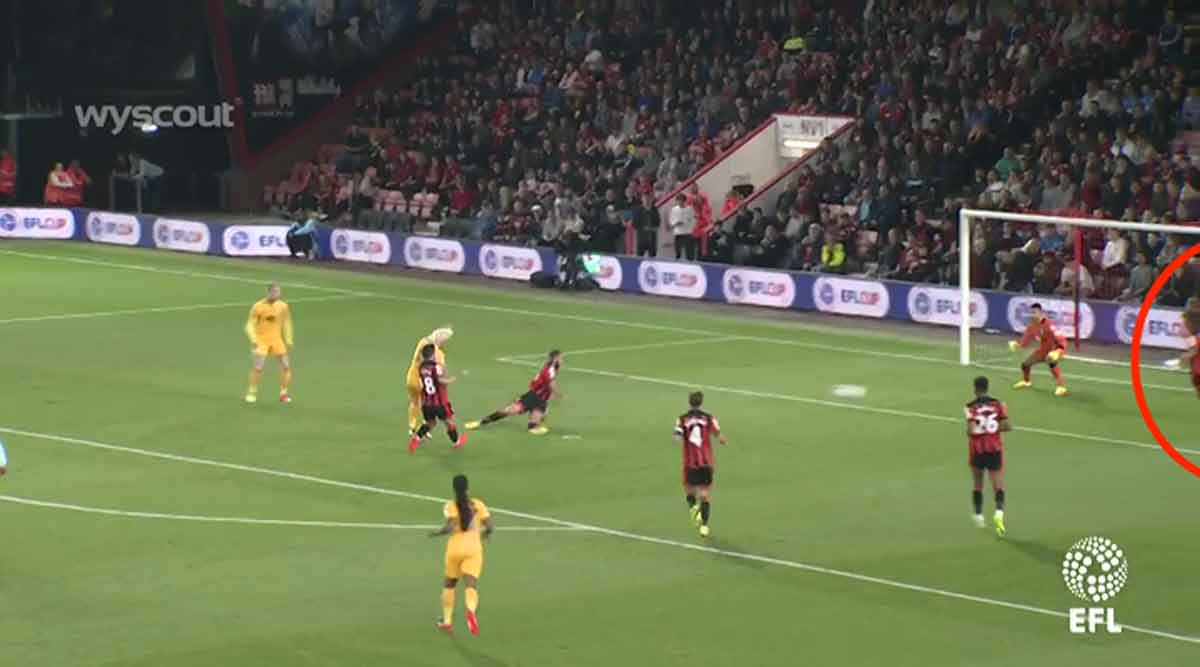 All good defenders show a knowledge of where the ball is going to go and as you can see above, Ake reads the game well – being ready to clear the ball off the line after the it has gone over his head. 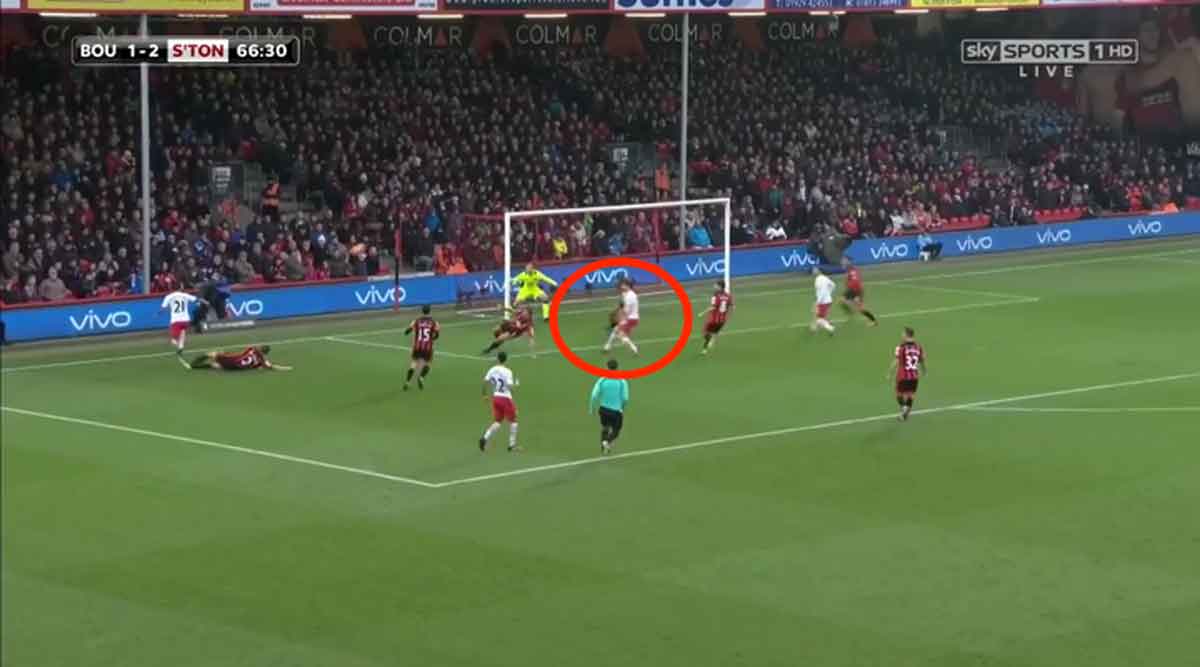 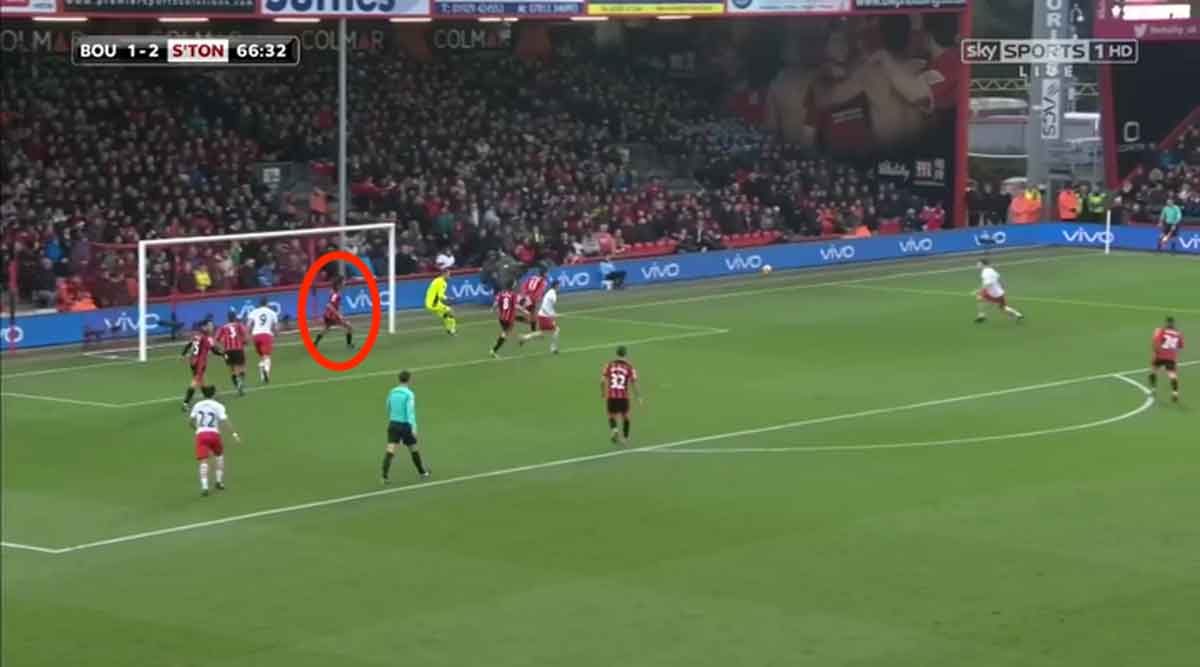 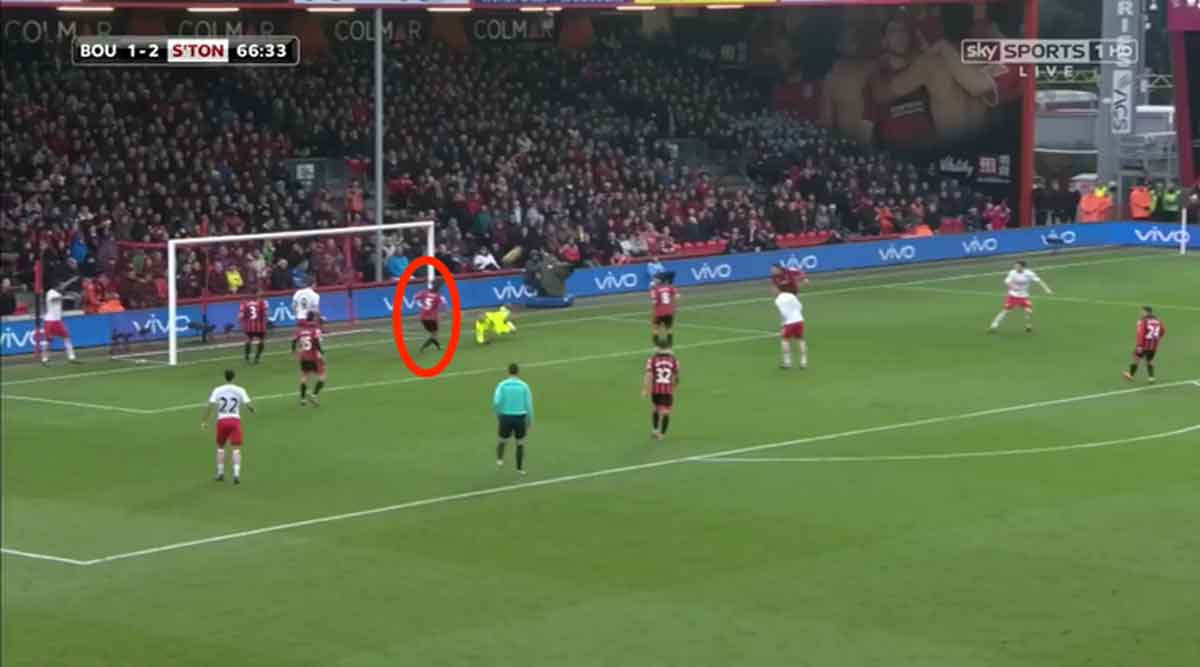 As you can see here, Ake makes a habit of getting in the right places to make crucial goalline clearances.

That is no coincidence – it shows a reading of the game that all defenders must have if they want to succeed. 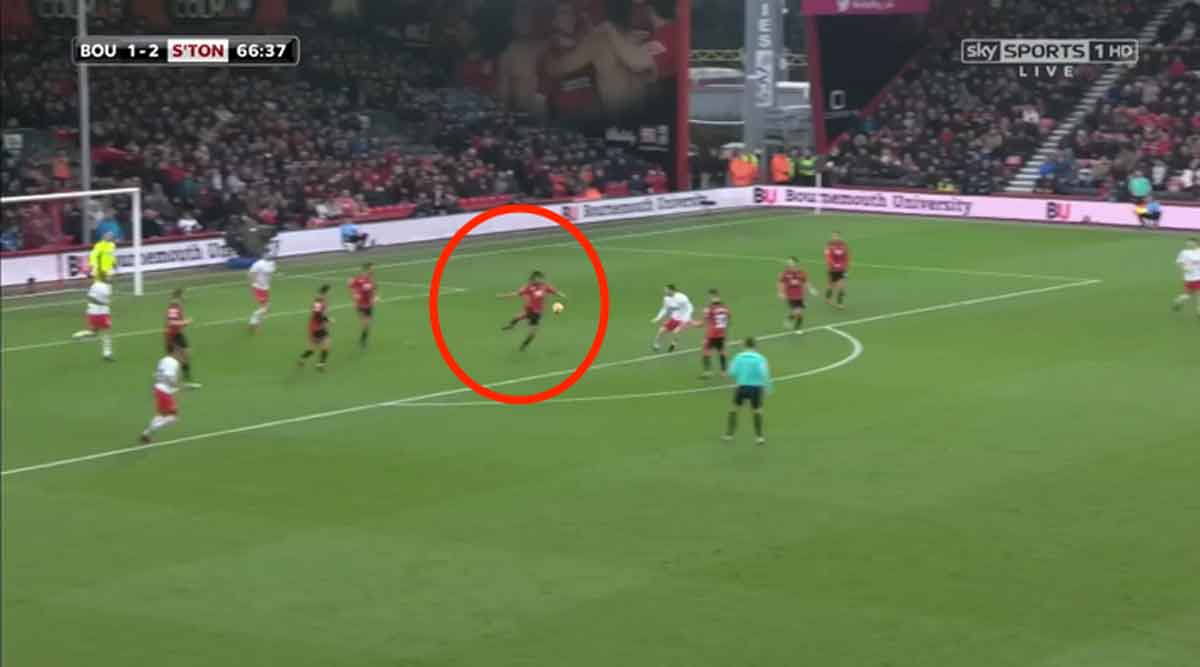 Ake is then the first man to get there when the ball comes back in the box. 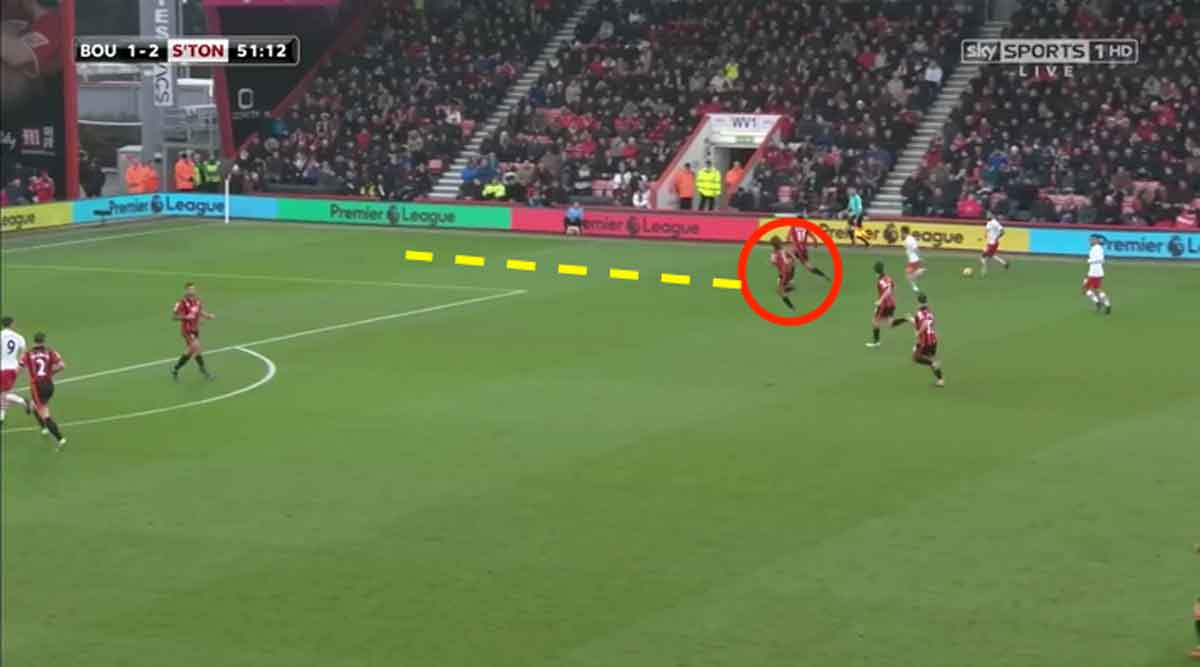 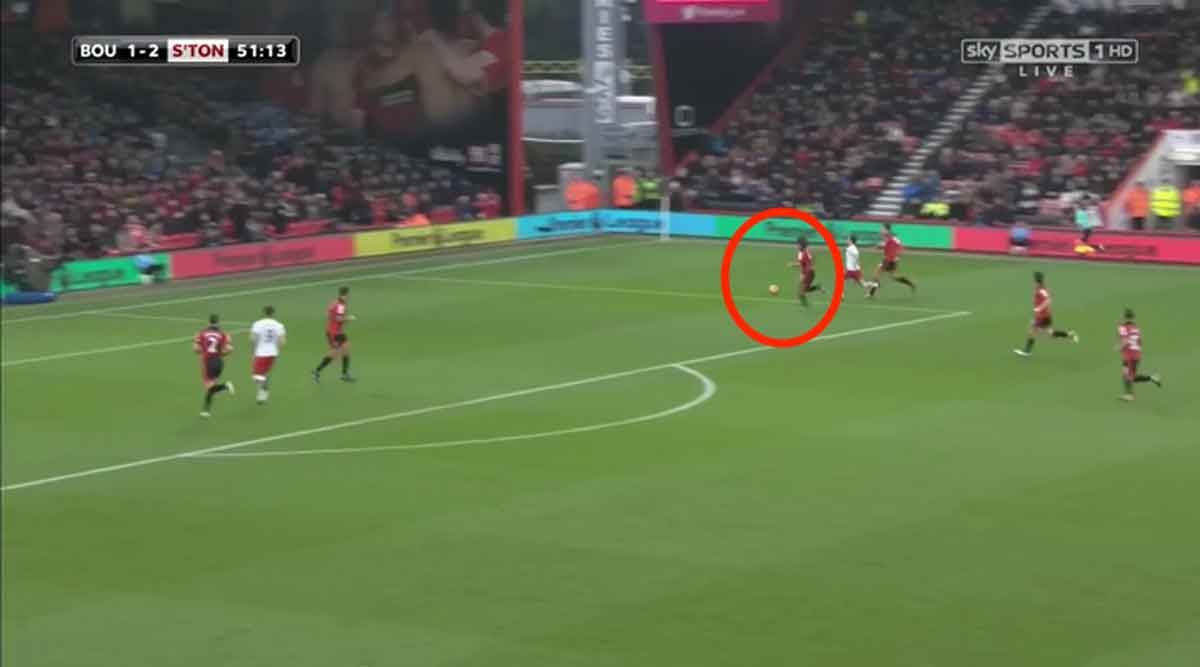 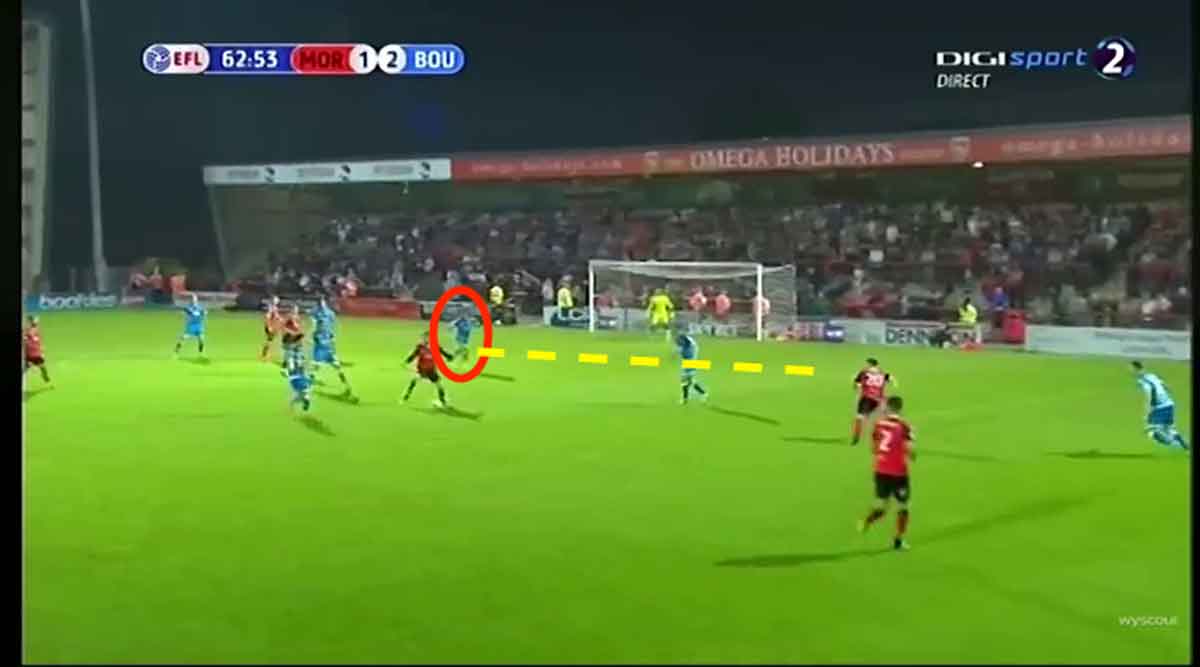 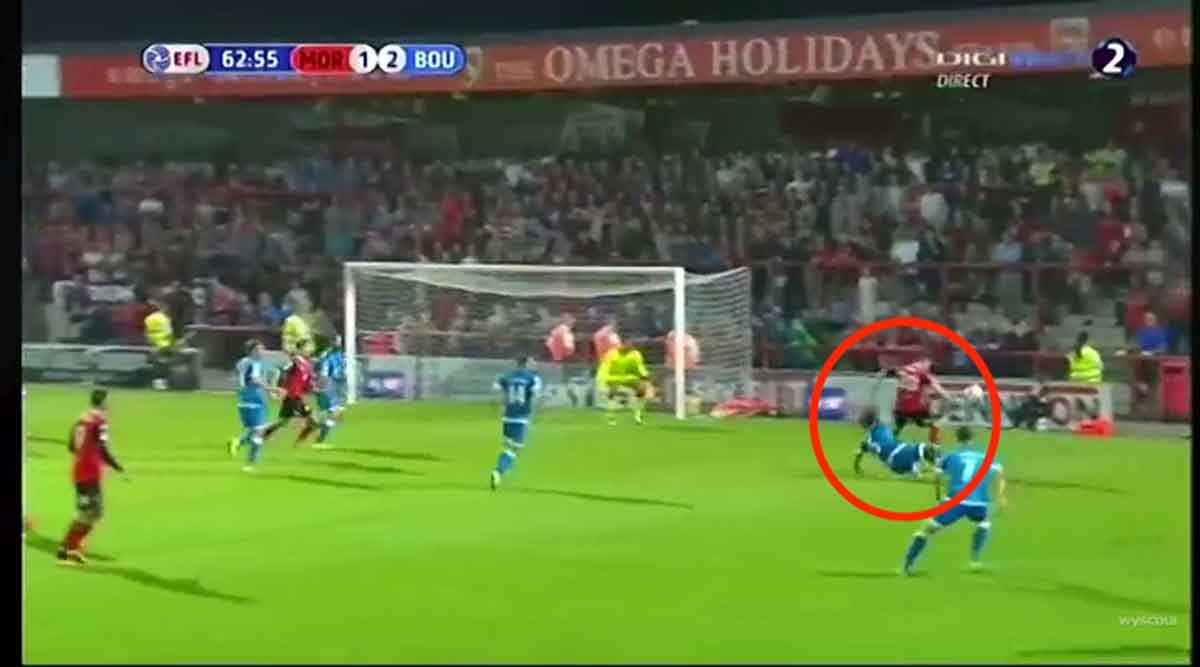 And you can see in both of the examples above how, when Ake plays at centre-back, he showed for Bournemouth his skills at reading the game and getting to the ball ahead of the Southampton and Morecambe attackers respectively.

Ake is also not afraid of having the ball at his feet.

Conte likes his players to play out from the back and is not averse to Luiz, Cahill or Azpilicueta wandering forward, providing it is the right occasion to do so. 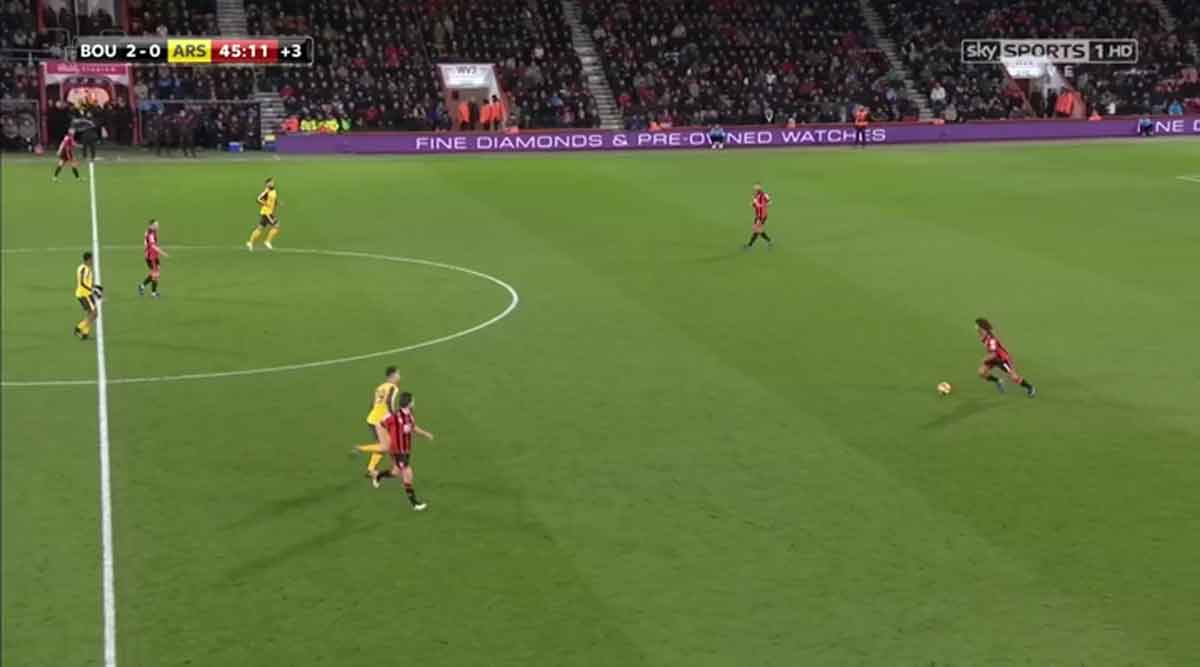 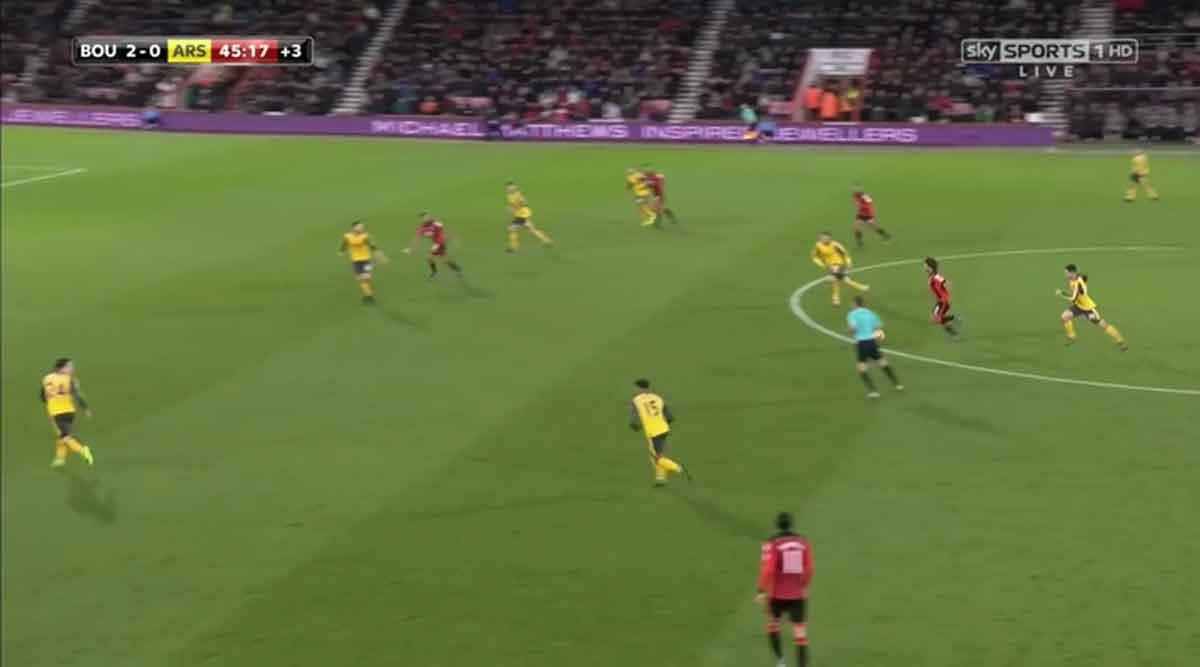 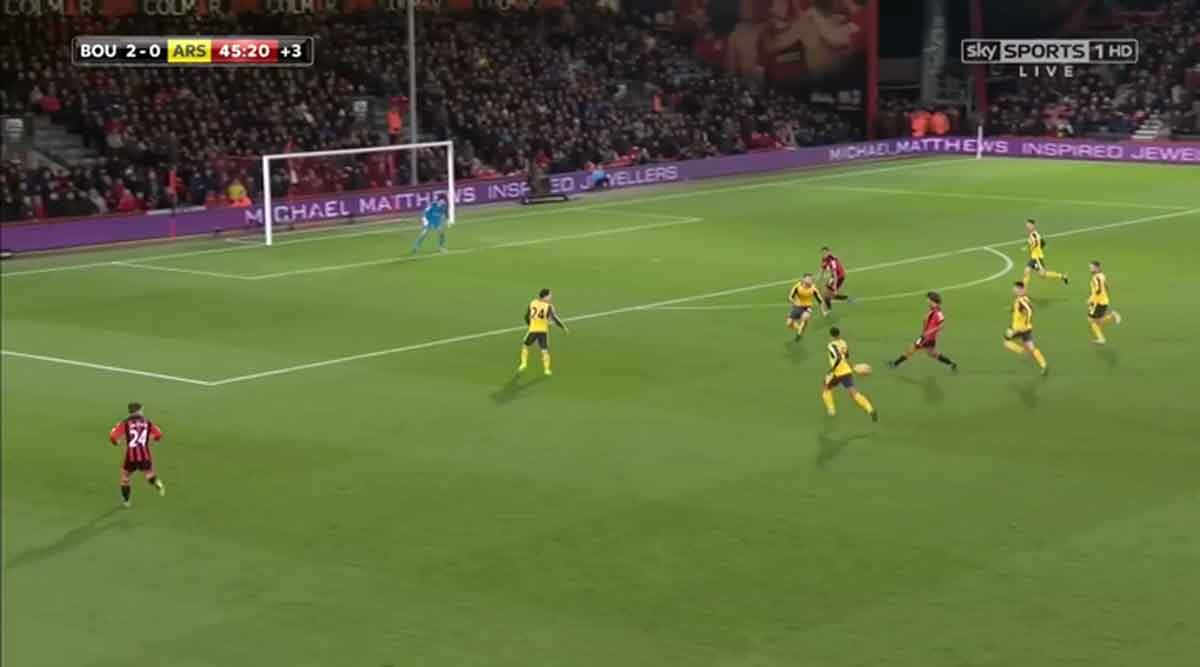 You can see below how Ake likes to go forward when he has the opportunity.

He skips past a number of Arsenal players and, where you may think many centre-backs would panic as they approach the opposition goal, Ake doesn’t here and finds the right pass.

Good in the air

Ake is not just comfortable with the ball at his feet though, he also shows aerial prowess, both in his own box and the opposition’s.

Chelsea are always a threat at corners, and with Ake in the side, he would not let them down. 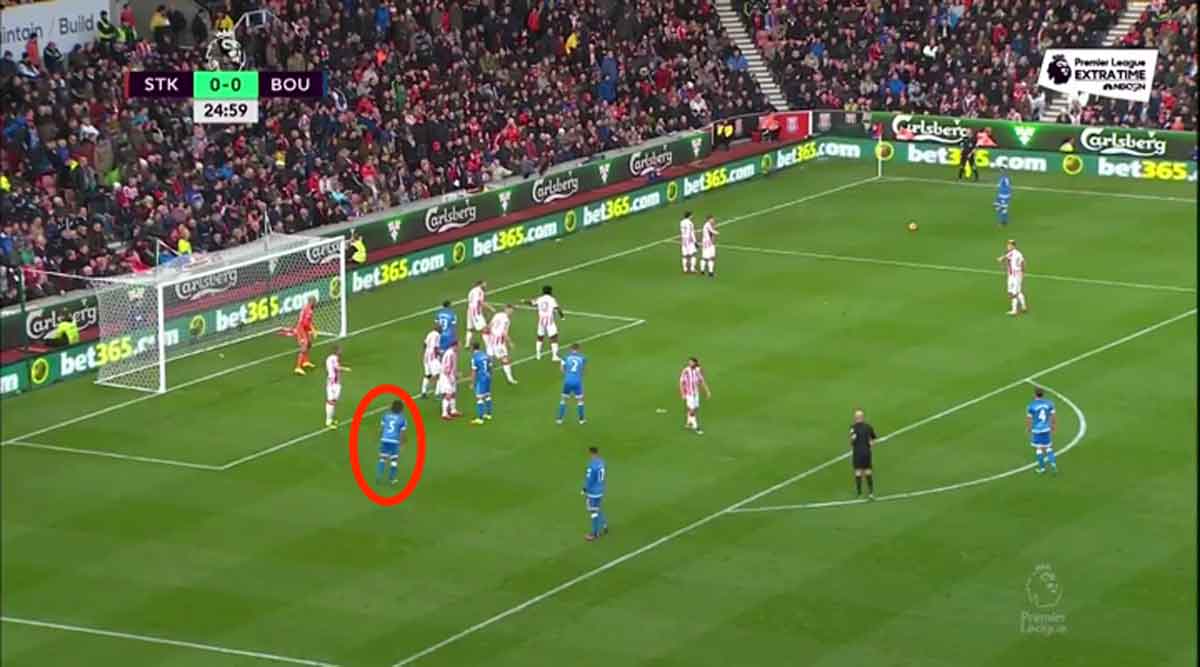 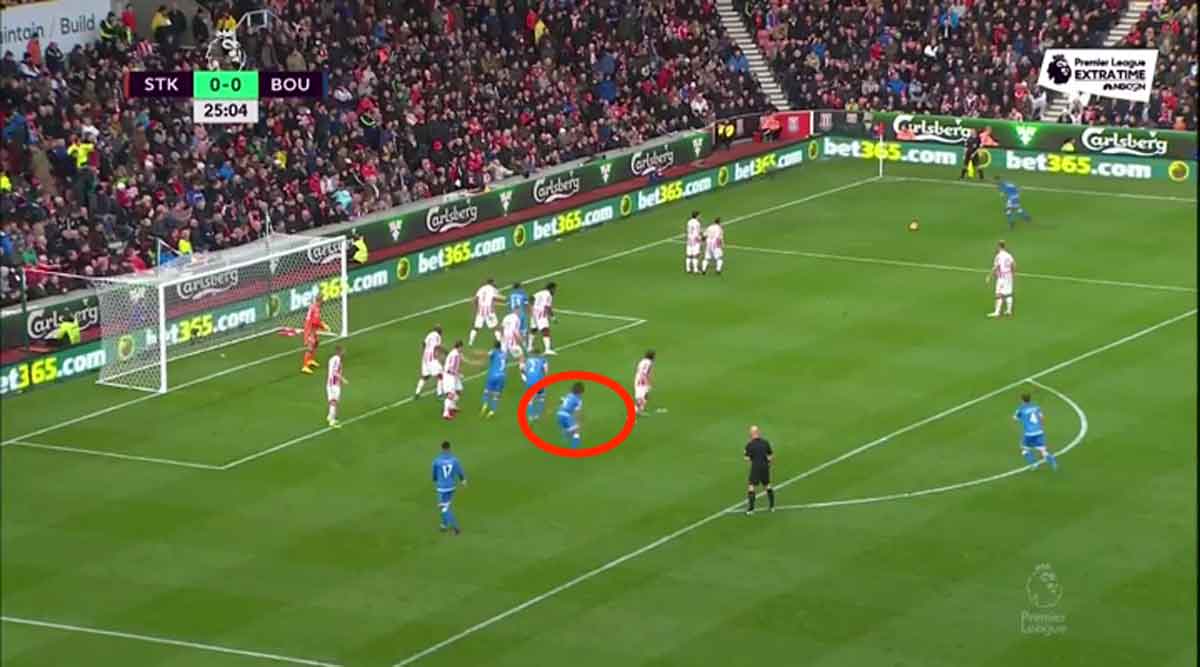 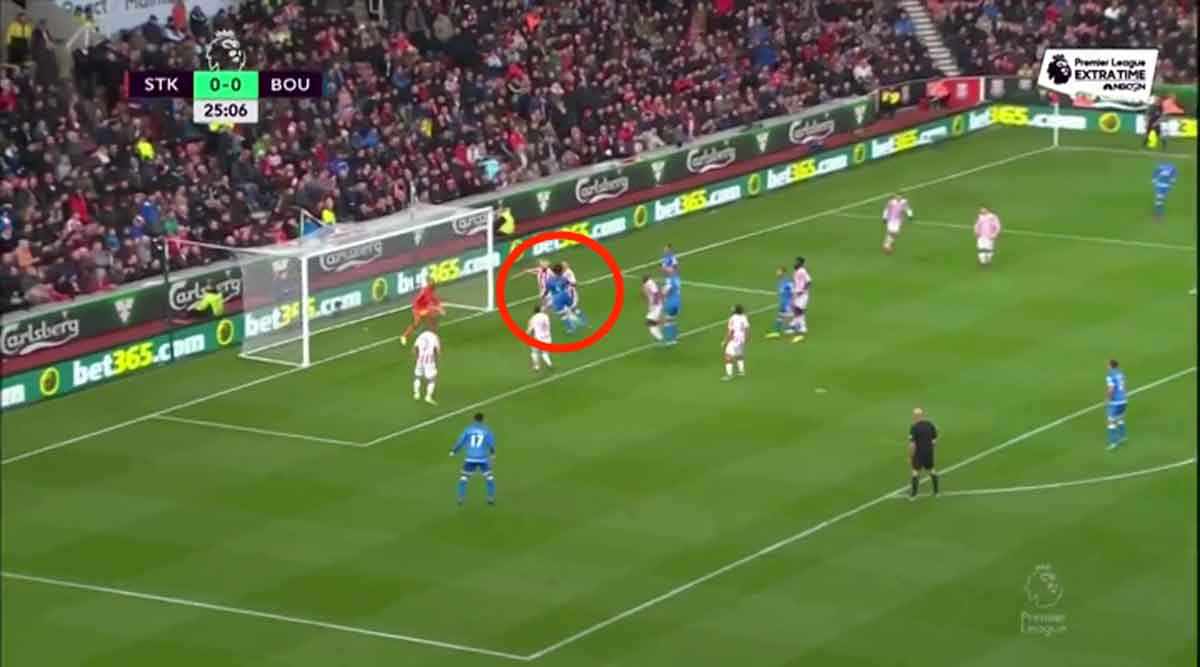 Against Stoke City earlier this season, he never let himself get picked up, making an intelligent run any striker would be pleased with, before finding the back of the net. 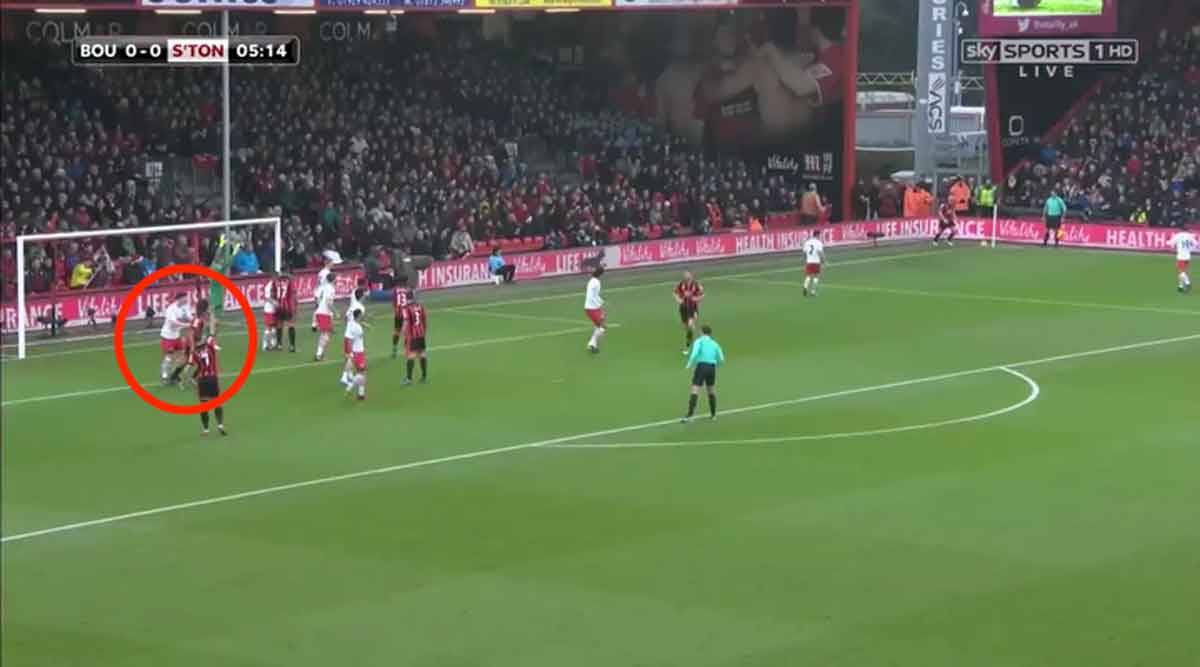 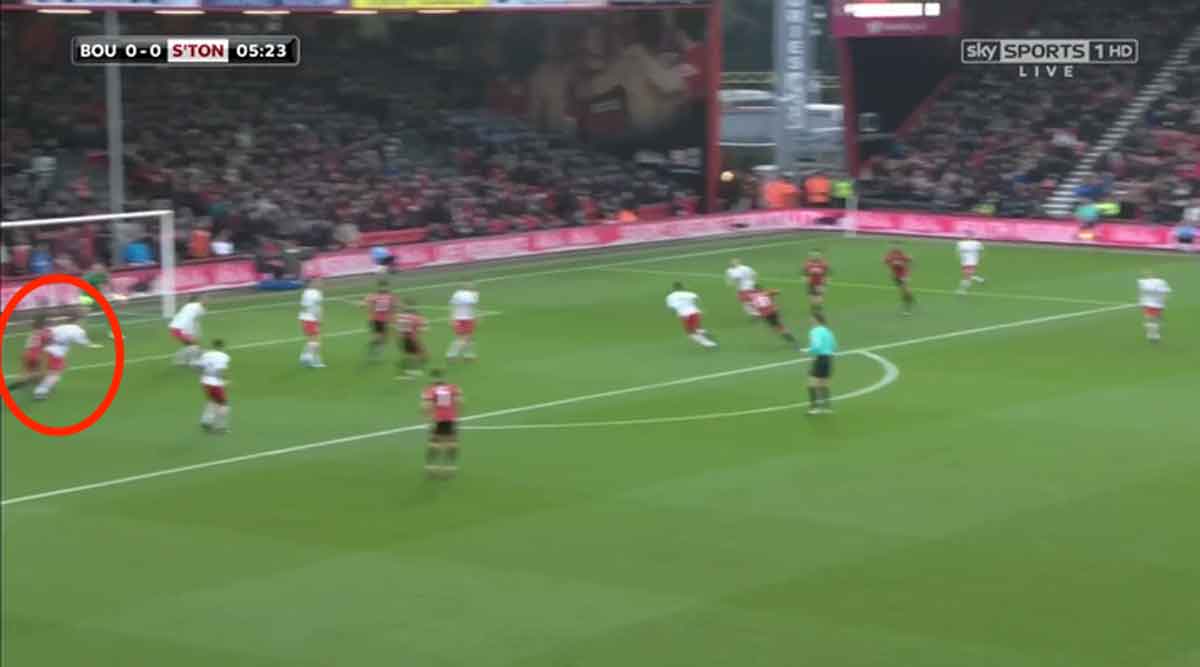 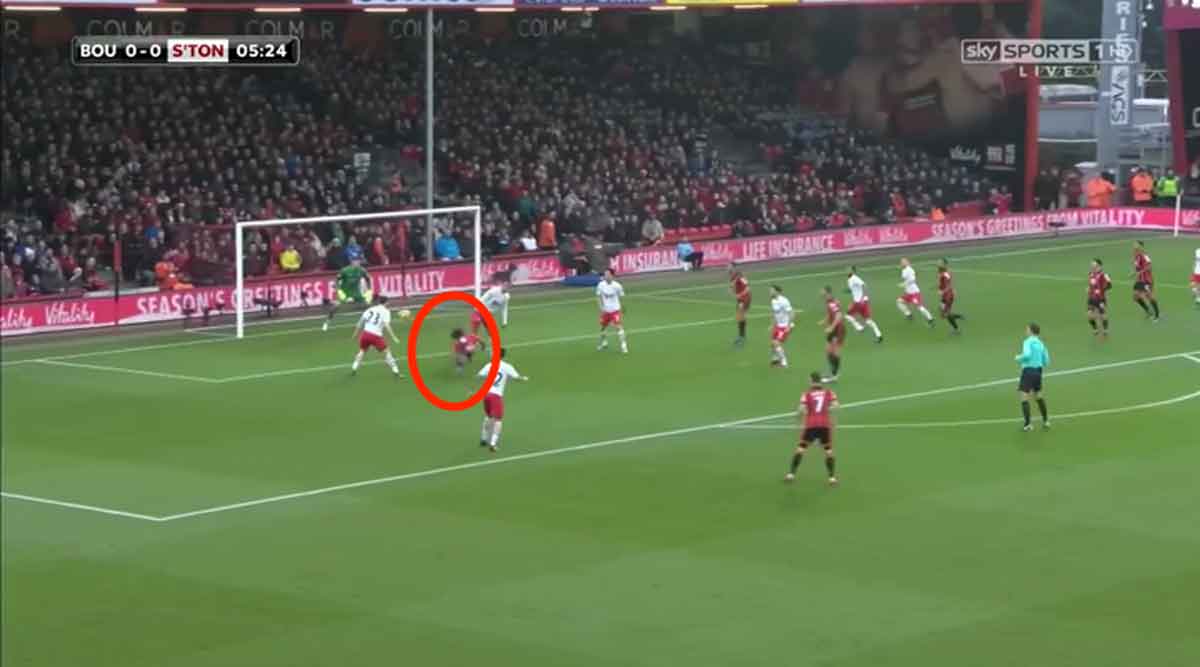 And against Southampton, he was intelligent enough to let his man get in front of him and lose him from a short corner, before finding himself sneaking back in front of the defender to give Bournemouth the lead.

Ake looks more than ready to have an impact at Stamford Bridge.

But with the Blues in such good form, he may have to wait to be given a first-team chance in the league. However, if Cahill or Alonso get injured or suspended, they may find it hard to make their way back into the team.