Despite a population of just 11.3 million people, over the last five years Belgium has established itself as one of the best nations for developing young talent.

Eden Hazard, Kevin De Bruyne and Romelu Lukaku are just three of the stars to have emerged from the country who are now lighting up the Premier League — but there’s a bright new talent on the horizon that could be arriving to these shores sooner rather than later.

Leon Bailey actually hails from Jamaica, but his performances for KRC Genk this season have been turning the heads of some of England’s top clubs, not least Manchester United. The young winger has made 14 appearances in the Belgian Division 1 this term, scoring two goals and providing three, but it’s his efforts in the Europa League that have really got people talking.

Bailey has netted four times in Genk’s four group games so far — two in a 3-2 defeat at Rapid Vienna, one in a 3-1 victory over Sassuolo and most recently one in a 5-3 reverse away at Atletic Bilbao. What’s more, no one in the competition has completed more dribbles in a game than the youngster (8, versus Bilbao).

Under Louis Van Gaal, United were accused of playing football that was far too ponderous and predictable, and there have been signs this term that they are still struggling to recapture the verve that used to be their hallmark.

Someone of Bailey’s pace and trickery is exactly the sort of player the Old Trafford faithful love, and he looks like he has the potential to put fear into the hearts of Premier League defences in the future.

Bailey himself has said that he has ‘always dreamt of the Premier League’, but he played down the chances of a move away from the Cristal Arena in an interview with HLN Sports, citing a desire to continue playing first-team football.

“If, let’s say, Man United can’t guarantee me minutes, I will stay at Genk.

“The important thing is that in the near future there a lot of games to come. This is essential for me because I have to take more steps. I've already made a lot of progress.”

A mature approach from the young starlet, assuming he wouldn’t be tempted by a mega money deal. However, Bailey’s concerns over a lack of minutes if he made the move to Manchester aren’t necessarily unfounded.

United aren’t short of options in this area of the pitch, with Anthony Martial, Jesse Lingard, Memphis Depay and Henrikh Mkhitaryan all offering pace from the flanks, while Wayne Rooney, Juan Mata and Marcus Rashford have all been deployed wide numerous times this season. Another Belgian talent, Adnan Januzaj, could also be back in contention for a place in the squad when he returns from his loan spell at Sunderland (although he hasn’t particularly excelled for the Mackems so far).

Mourinho also doesn’t have much of a track record of giving chances to young players, and his first four months as Man Utd manager hasn’t appeared to be much different. Emblematic of that is the fact the 35-year old Zlatan Ibrahimovic has been consistently preferred to Marcus Rashford, who’s incredible debut season for the first team saw the young striker nominated for the 2016 Golden Boy award.

However, Rashford isn’t the only United youngster finding themselves with a shortage of game time under Jose.

Jesse Lingard was a regular in Van Gaal’s side during the second half of last season, but the forward has made just seven starts in all competitions this season — being subbed in all of them. Promising defender Timothy Fosu-Mensah has also struggled to make an impact so far this term, clocking up just 93 minutes of football, while left-back Cameron Borthwick-Jackson was loaned out to Wolves. 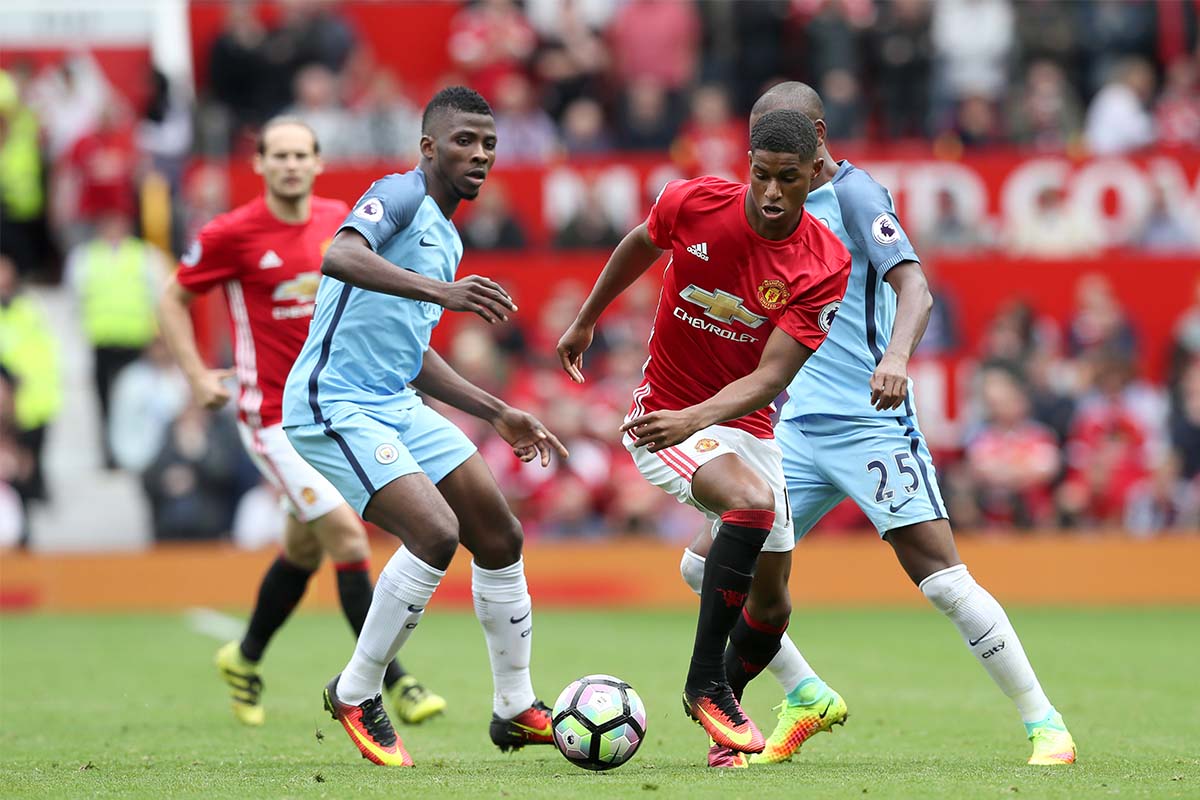 There could be space for Bailey in the United squad if, as expected, Depay is sold either in January or the summer, and if Mkhitaryan remains out of favour with the manager. However, this would still be no means guarantee regular game time.

The 20-times champions aren’t the only side the Genk forward has been linked with in recent weeks, with Manchester City, Liverpool and Chelsea all reportedly interested in the 19-year old.

Bailey shouldn’t necessarily expect to walk into the first teams of those sides either, although Jurgen Klopp does at least have a reputation for putting faith in youth.

Leon Bailey to Manchester United is so far only clocking a 1.9 on the Whispers Index, but don’t be surprised if you see this hot prospect plying his trade for one of Europe’s top clubs soon.