Marcelo Bielsa’s reputation as one of football’s finest and most innovative coaches is Leeds United this season.

To say that Bielsa has worked wonders with the Whites doesn’t do his impact at Elland Road justice.

The 64-year-old arrived at Leeds in June 2018 and went about transforming one of the Championship’s most historic clubs into serious promotion contenders on a relatively modest budget.

Around £10million was spent on the likes of Patrick Bamford and Barry Douglas but much of that outlay was recouped via the sale of Ronaldo Vieira to Sampdoria that summer.

Leeds ultimately missed out on promotion by the smallest of margins last season, as a poor run of form in April saw them losing in the play-offs to Derby County.

But there was little doubt that Bielsa had squeezed every drop out of a distinctly average squad, and his decision to sign on for another season at the helm was met with widespread delight in West Yorkshire.

If the former Athletic Bilbao and Argentina manager worked miracles last season, the club’s start to the 2019/20 campaign suggests that his Leeds side could be even better this time around. 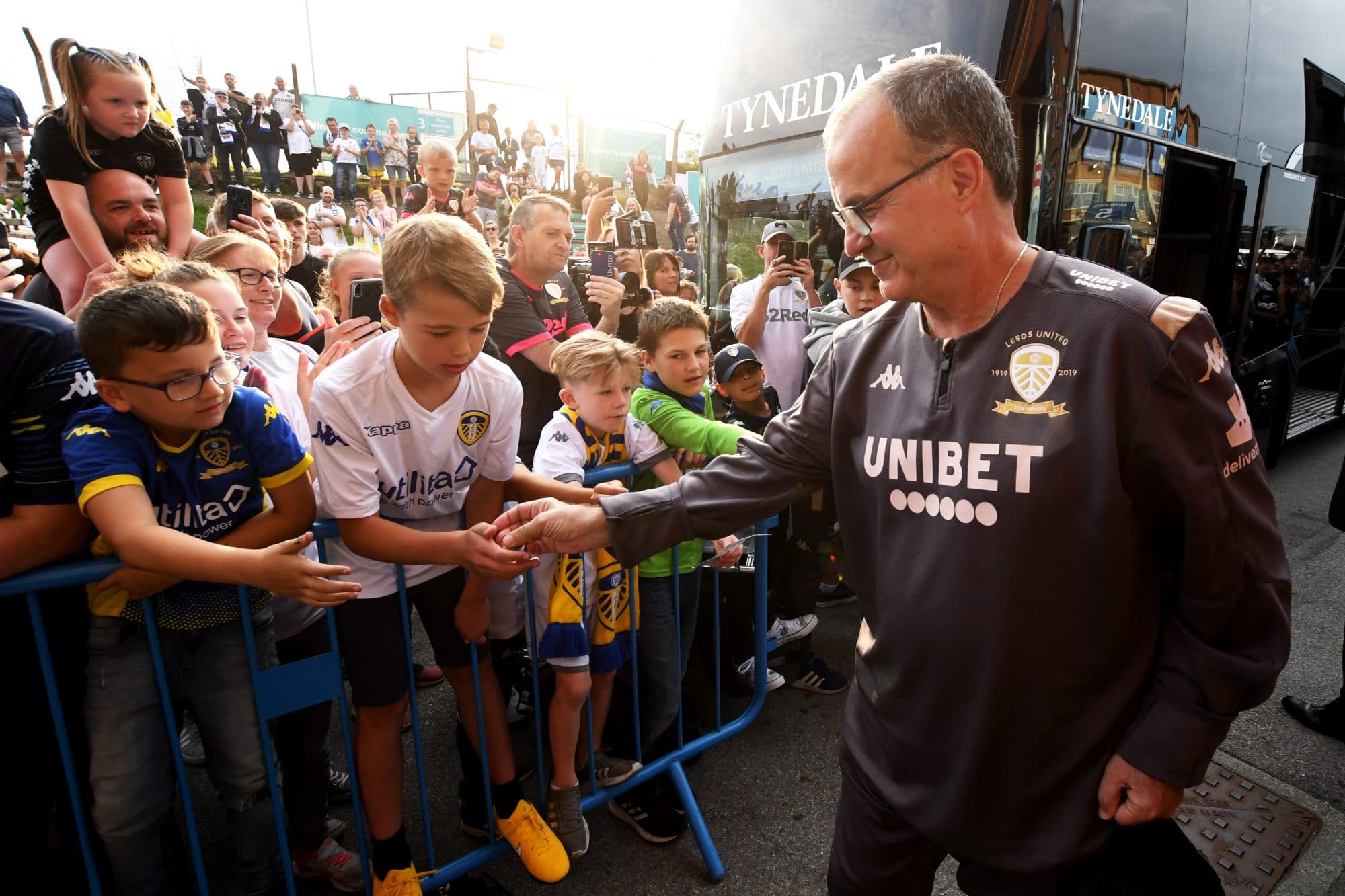 The Whites’ transfer business was surprisingly restrained, with the loan signings of Eddie Nketiah from Arsenal, Hélder Costa from Wolves and Ben White from Brighton & Hove Albion far outweighed by sales totalling around £27million.

Jack Clarke and Jack Harrison also returned to the club on loan from Tottenham Hotspur and Manchester City respectively, while the additions of Liam McCarron and Illan Meslier completed United’s business.

But the departures of Kemar Roofe and Pontus Jansson left Leeds’ squad looking notably weaker than in 2018/19.

Bielsa’s tactical magic shouldn’t be underestimated though, and early signs point to the Whites actually looking stronger this season than they did in the previous campaign.

The three-time English champions sit third in the table with four wins from six matches, but it’s the underlying statistics that really highlight Leeds’ impressive start.

With a more impressive pass completion rate (471.17 vs 402.77 per 90) as well as a greater number of forward passes and touches in the opposition box, it’s hard to argue against Leeds looking better placed for promotion than they were during Bielsa’s first year in charge. 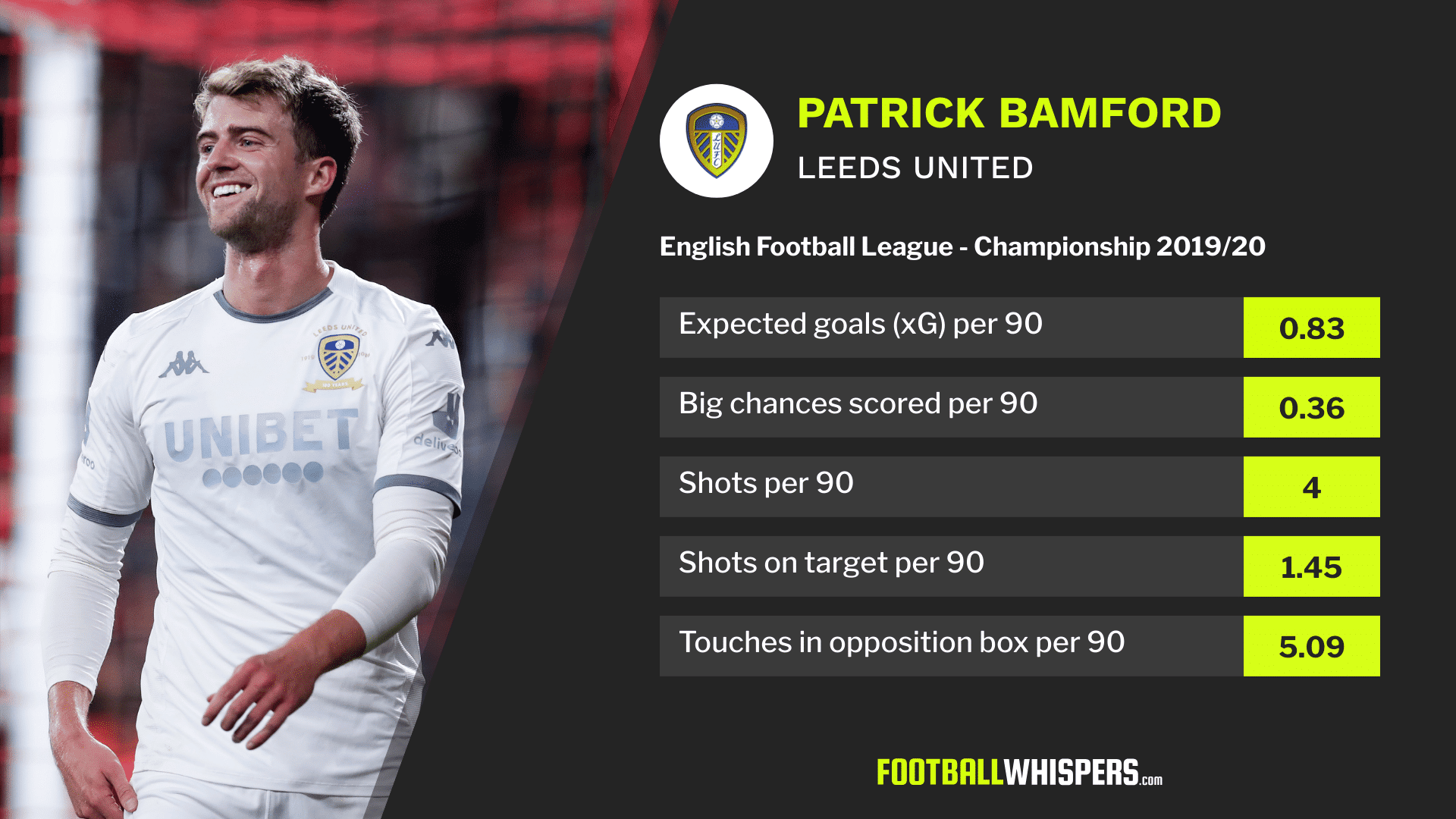 Like every team, Leeds United aren’t perfect and a number of defensive statistics like tackles completed and defensive duels won are marginally down on last season, although that may simply be because they are enjoying more of the ball.

But on balance United appear to be a much more dynamic unit who are creating a greater number of chances and attacking with more vigour than in the previous campaign.

Of course, there is always the possibility that such intensity will see Leeds’ form falter in the final stages of the season, as it did last year – an accusation that is often levelled at Bielsa’s teams.

But if the Whites can maintain their strong early season form then few would bet against this finally being the year that they reach the top flight, and finally bring Premier League football back to Elland Road.