There are many Universal Truths in football: that four minutes of added time feels like one when you’re losing and 14 when you’re winning; England lose penalty shoot-outs, and Celtic will win the SPL.

Another one is that its not as easy to score goals in the Premier League as it is in the Eredivisie. Just ask the long list of strikers who were prolific in Holland and secured big moves to England before struggling to rediscover that goal-scoring form.

Jozy Altidore (one goal in 42 games for Sunderland), Mateja Kezman (just six starts for Chelsea), Afonso Alves (scored just four goals in his second season as Middlesbrough went down) and Siem de Jong (one goal in 22 Premier League games) are four of the most notorious Eredivisie signings that didn’t work out. Meanwhile, Memphis Depay and Vincent Janssen are trying their hardest to get themselves added to that list.

The 19-year old Ajax striker is joint-top scorer in Holland, netting eight and providing two in just 12 appearances so far this season, including his first senior hat-trick against N.E.C. last time out.

The Man City link was firmly established when one of the club’s scouts, Sebastian Arnesen, told Danish news outlet BT that the club were monitoring Dolberg’s progress.

“We are keeping a very close eye on him, and when the time is right we’ll make a decision on whether we should act.

“He has a huge potential. He is tall, strong, brave and quick. He has an excellent touch, can play with his back to the goal and take the right decisions.”

Arnesen also confirmed that he would be at the Amsterdam Arena for Ajax’s Europa League clash with Panathinaikos. If he’d been there to see Dolberg first hand he would’ve been frustrated, as the starlet remained on the bench for the entirety of the Dutch side’s 2-0 win. 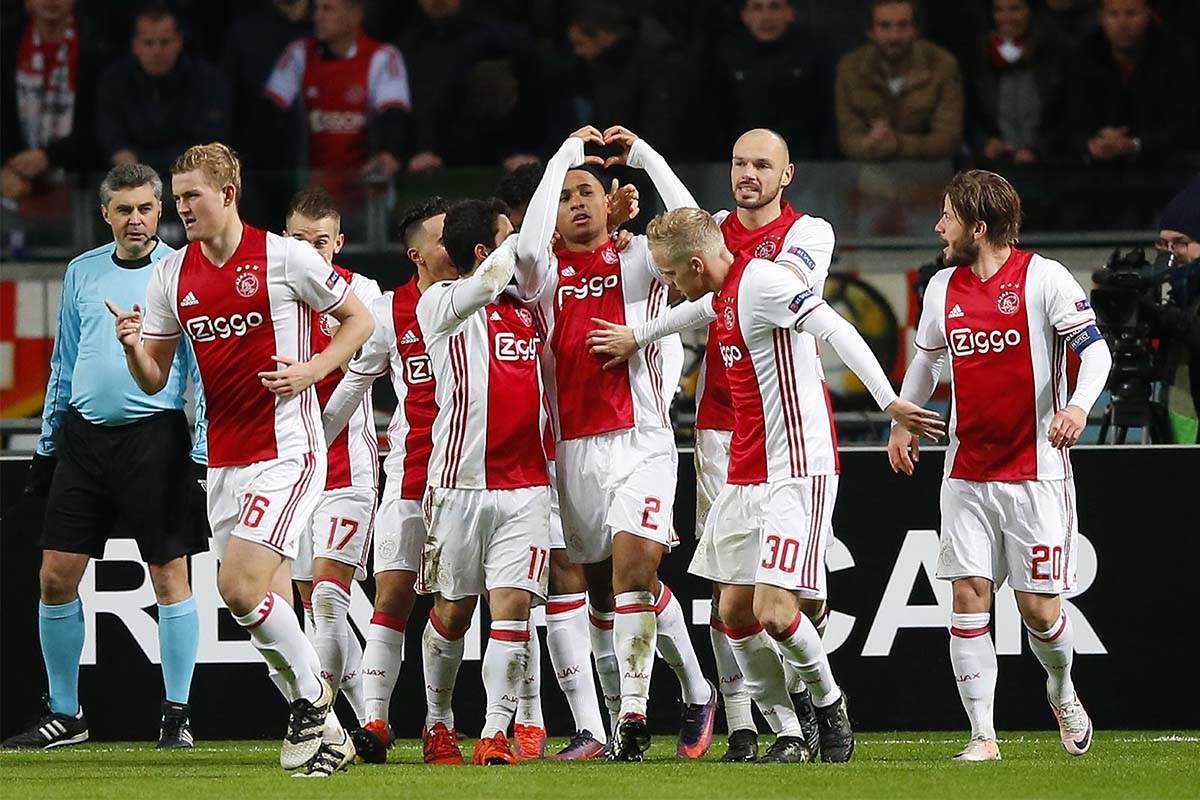 Dolberg has been primarily deployed as a central striker for Ajax this term, however his pace and skill mean that he can also operate in a deeper lying position, as well as out wide. This versatility and ability to get the ball down and play — as well as put the ball in the net — are exactly the sort of traits Pep Guardiola looks for in all of his players, so it is unsurprising he’s been catching the attention of the Etihad hierarchy.

City aren’t short of players who can play across the front, though. Kevin De Bruyne, David Silva, Raheem Sterling, Leroy Sane, Ilkay Gundogan, Nolito and Jesus Navas have all featured for the Citizens this season, and you’d imagine the young Danish international would find it hard to break into the first team with that level of accomplished competition.

Kelechi Iheanacho has proved himself as an able deputy to Sergio Aguero, scoring eight goals in 26 league appearances in 2015/16, but should Dolberg make the switch to Manchester it might be as another back-up striker that he enjoys the best opportunity.

There would of course also be the option to loan him out to gain more first team experience. Enes Unal, one of two players Dolberg shares the mantle of Eredivisie top scorer with, is also a Man City loanee, currently finding form with FC Twente.

If the Dane maintains these performances all season for Ajax then it wouldn’t be surprising to see him making the move to one of Europe’s top leagues, but only time will tell as to whether Dolberg is set to be the next Luis Suarez or Afonso Alves.