Luck hasn't been on the side of Costa Rica during the whole world cup qualifying process. Their qualifiers started in the worst possible way and it looked like Costa Rica wasn't going to make it to Qatar 2022. Eventually, they rallied and finished fourth in the North American qualifiers. The USA, Mexico, and Canada all qualified above them and Costa Rica had to play in the inter-confederation play-offs. Costa Rica beat New Zealand in these play-offs and booked a spot for Qatar 2022. However, this is where bad luck caught up with them once again. The group draw for the world cup wasn't kind to them at all. 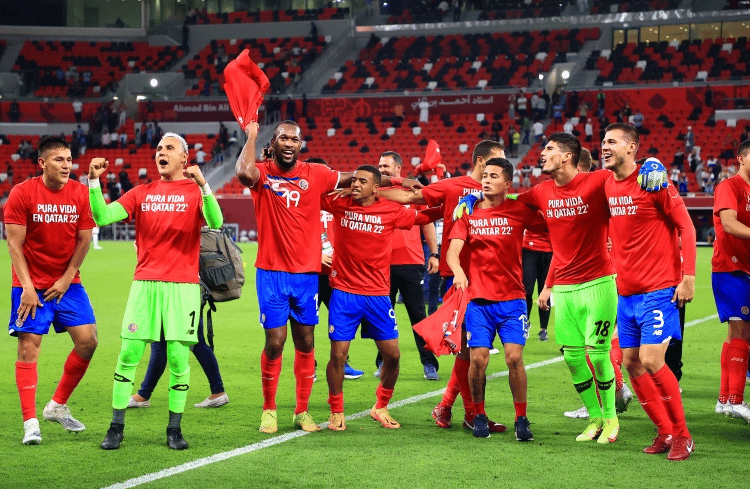 Costa Rica is a part of Group E with Spain, Germany, and Japan. That's pretty much the hardest group they could have been drawn into. Spain and Germany will fight for the top spots in Group E which means Costa Rica will have a tough time reaching the round of 16. Los Ticos need to get three points in their fixture against Japan and then hope to surprise the top nations in Group E. The Costa Rica world cup squad is experienced but taking points from Germany and Spain might be an impossible challenge. However, Costa Ricans will hope that their team can make it further than back in 2018 when they failed to go through the group stage.

We will take a close look at the Costa Rica squad, but first we want to offer you some of our top betting tips for this team and their World Cup performances:

As you can see, that massive 7-0 defeat at the hands of Spain have had a massive effect on Costa Rica's odds of finishing bottom of Group E and the odds of them qualifying for the knockout stage, which was always going to be tough. A win against Japan has helped to improve the Central American's odds but they are still expected to finish bottom of the group.

Costa Rica suffered a humiliating 7-0 defeat in their first game against Spain but recovered well against Japan by keeping a clean sheet and scoring with their one and only shot on target at the World Cup so far. This is how the table stands after matchday 2.

Luis Fernando Suarez has until November 14 to select a 26-man squad for Qatar 2022. We will update this article when the final squad names are released. Until then, all we have is a projected squad list based on previous Costa Rica world cup squads, injuries, and qualifying results. 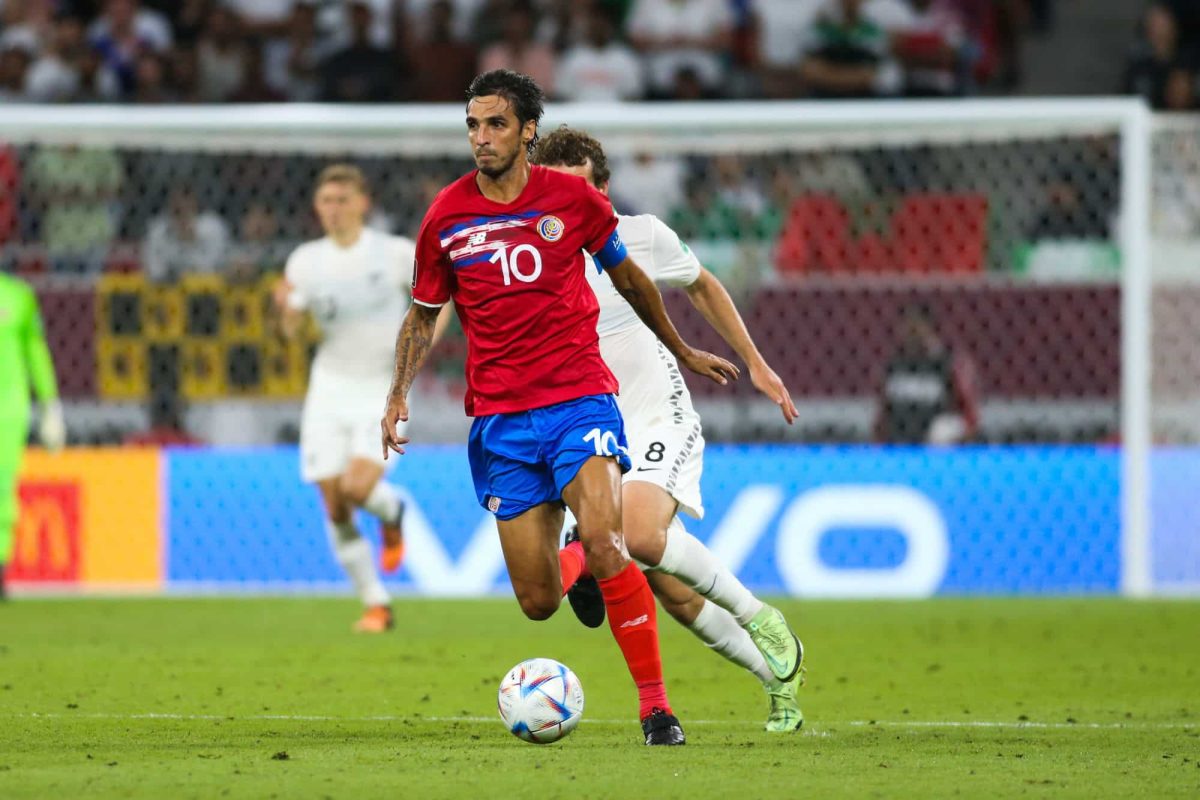 Coaches have until November 14 to make their final 26-man selection. Until then, we will share a list of all the players that are being considered at the moment. We will update the article with the final Costa Rica world cup squad as soon as Luis Fernando Suarez names his choices. 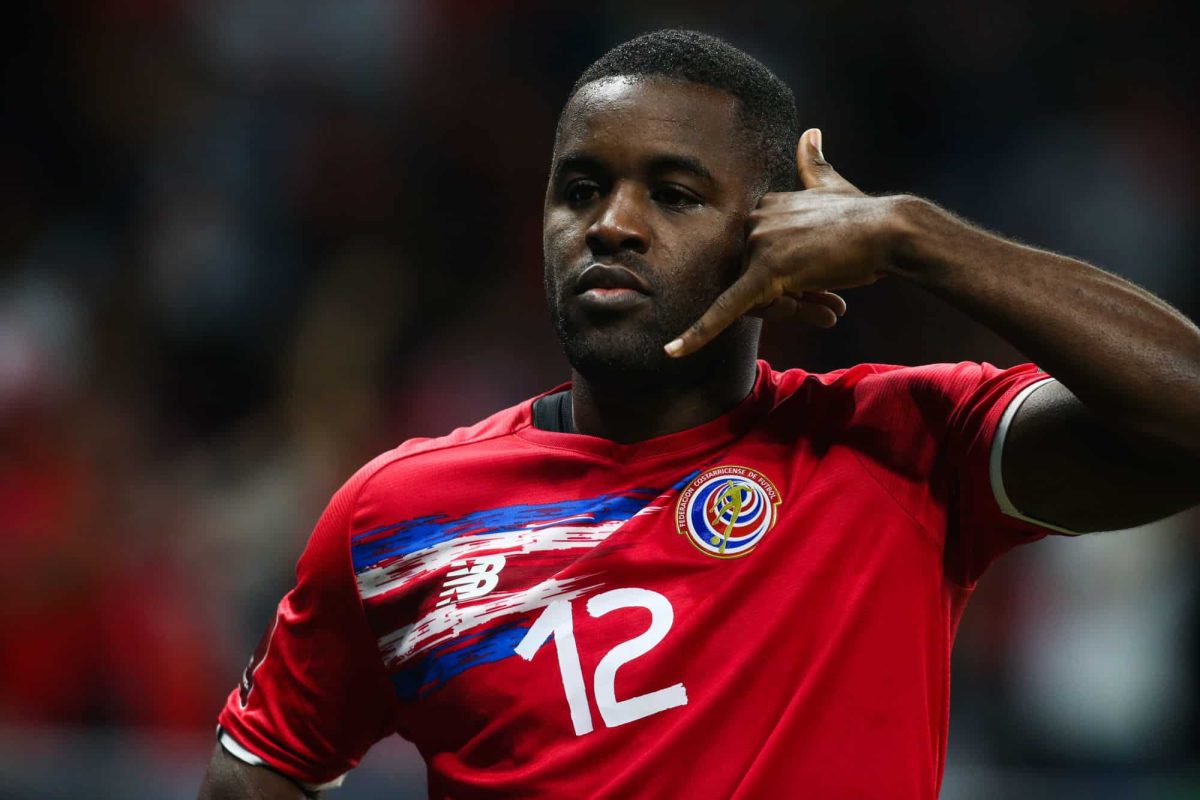 Luis Fernando Suarez tends to stick to the 4-4-2 formation. The eleven players that will run out for Costa Rica's first fixture in Qatar will likely be ones that we have seen before.

Now that we know the Costa Rica world cup squad, let us take a look at their group fixtures. As we already mentioned in the beginning, luck wasn't on their side when the draw happened. Costa Rica got drawn with one of the best Asian nations Japan and also top contender Spain. To make things worse, four-time world cup champions Germany are also part of Group E. Things are looking bleak for Costa Rica as bookmakers consider them the weakest side in Group E. The odds for them qualifying for the round of 16 are 8/1 (9.0). Back in 2018, Costa Rica ended their world cup experience in the group stage. As things stand, the most likely outcome is that the same will happen again.

However, the world cup is a place where dreams come true so the Costa Rica world cup squad might surprise us. It took tremendous effort to qualify for the tournament through the playoffs. Teams that do that will be eager to show their quality and keep winning even when everyone considers them underdogs. Costa Ricans will hope that their team can replicate the performances of 2014. Back then, they topped their group by beating Italy and Uruguay and drawing against England. They crashed out of the tournament by losing on penalties against the Netherlands in the quarter-finals. Elimination in the quarter-finals was their best-ever result at a world cup tournament.

When will we know the final Costa Rica world cup squad?

Coach Luis Fernando Suarez has until November 14 to name his final squad. The final selection will include 26 players, three more than in previous editions of the tournament.

What kind of world cup record does Costa Rica have?

Costa Rica featured in their first-ever world cup tournament back in 1990. Qatar 2022 will be their sixth appearance at this tournament. Their best result was being eliminated during the quarter-finals at the world cup in Brazil in 2014.

Who are the stars of the Costa Rican national team?

Keylor Navas is the only player in the squad that plays for a top European club. Captain Bryan Ruiz can be considered a football star as well.

Are there any notable awards in the squad?

Predictions for Costa Rica at the world cup?

Costa Rica was drawn into a very difficult Group E with Spain, Germany, and Japan. Most bookmakers expect them to exit the tournament during the group stage.