Safely tucked up in mid-table, few could blame Watford for already starting to look ahead to next season. The Hornets currently sit 11th, eight points clear of the relegation zone and twenty behind fifth-placed Arsenal, unlikely to be involved in a battle for survival and almost certainly unable to fight for a European place.

Javi Garcia replaced Marco Silva back in January and if one thing has become clear in the months that followed, it is that the team needs an influx of attacking talent as soon as possible.

Since the coaching change, Watford have managed to net more than one goal in a single game on just two occasions. Midfielder Abdoulaye Doucouré is their leading scorer with seven, while the team has struggled to create chances for their front men, with regulars Richarlison, Troy Deeney and Andre Gray managing a tally of just 14 strikes between them.

Given both their league position and their struggles in front of goal, it is no surprise that they are already being linked with a number of players as the summer transfer window approaches.

Among them is Igor Coronado of Palermo, a club currently in Italy’s second tier but one with a long pedigree in first discovering and then moulding some incredibly talented forwards. 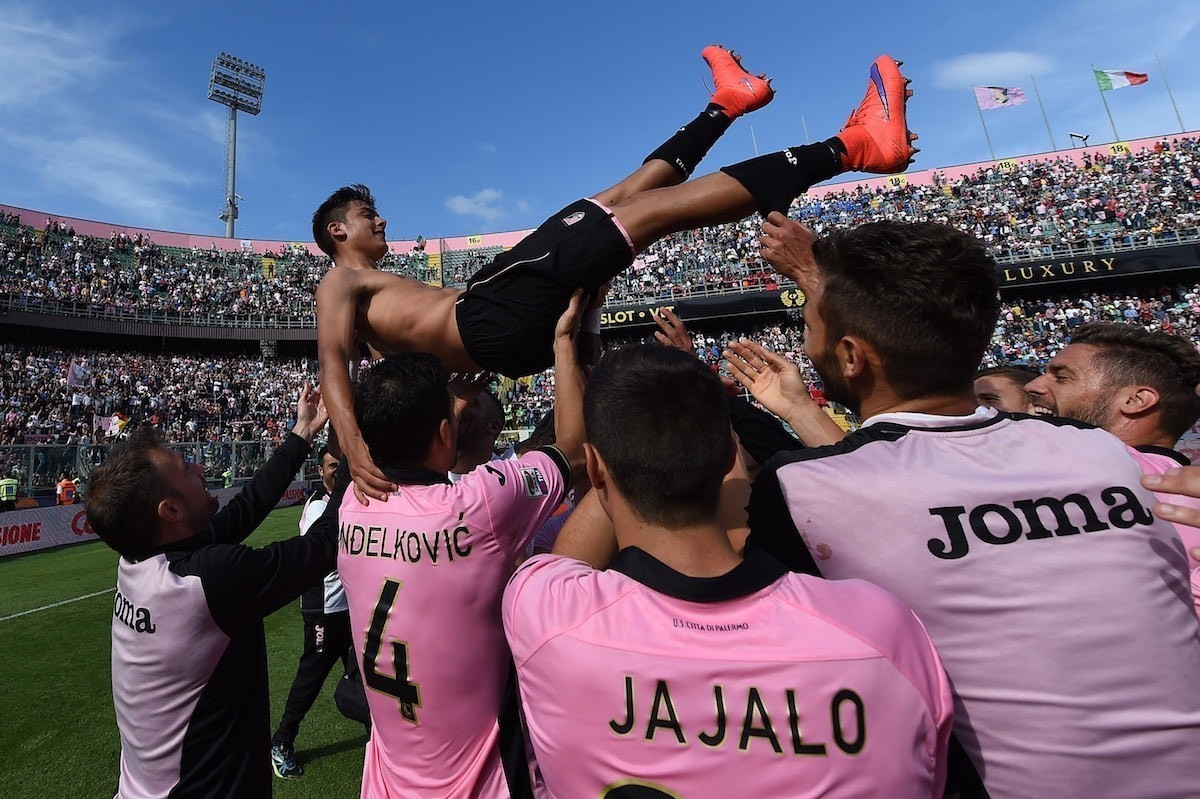 Paulo Dybala of Juventus, Sevilla’s Franco Vasquez, Paris Saint Germain’s Javier Pastore and even Edinson Cavani owe much of their success to the Sicilian side, and while they cannot claim to have unearthed Coronado, they have certainly played a major role in refining his skills.

Incredibly, the Brazilian – who had no previous experience of organised football – joined the Milton Keynes Dons academy at the age of 15, progressing steadily but unable to break into the first-team. He was named on the bench for the final game of the 2010/11 campaign against Oldham, but soon left to take up a place in the youth system of Grasshoppers in Switzerland before briefly returning to England with seventh-tier outfit Banbury United.

One goal in four games there led to a move to Maltese side Floriana, where he spent two successful seasons and struck 32 goals in 63 appearances. That brought Coronado more attention and he would join Serie B club Trapani, initially on loan deal but they signed him permanently in the summer of 2016.

Last season, he was unable to help the Granata avoid relegation and was sold to fellow Sicilian side Palermo after they dropped out of the top flight. While he might not be finding the back of the net with the same regularity as Cavani did in their famous pink shirts, he is playing in a much deeper role and has scored six times in 29 appearances.

He has largely operated as an attacking midfielder, a penchant for skipping beyond would-be markers has quickly made him a fan favourite at the Stadio Renzo Barbera. Leading scorer Ilija Nestorovski’s 12 goals owe much to Coronado’s quality, as he routinely displays skill, vision and creativity in the No.10 shirt behind the Macedonian target man.

Together they have sparked Palermo’s bid to return to Serie A, currently sitting in third place but just one point behind the two automatic promotion places.

Understandably, after playing out the early years of his career as something of a nomad of the lower leagues, his agent insists the 25-year-old will not be playing second tier football next season while confirming the interest of the English side. 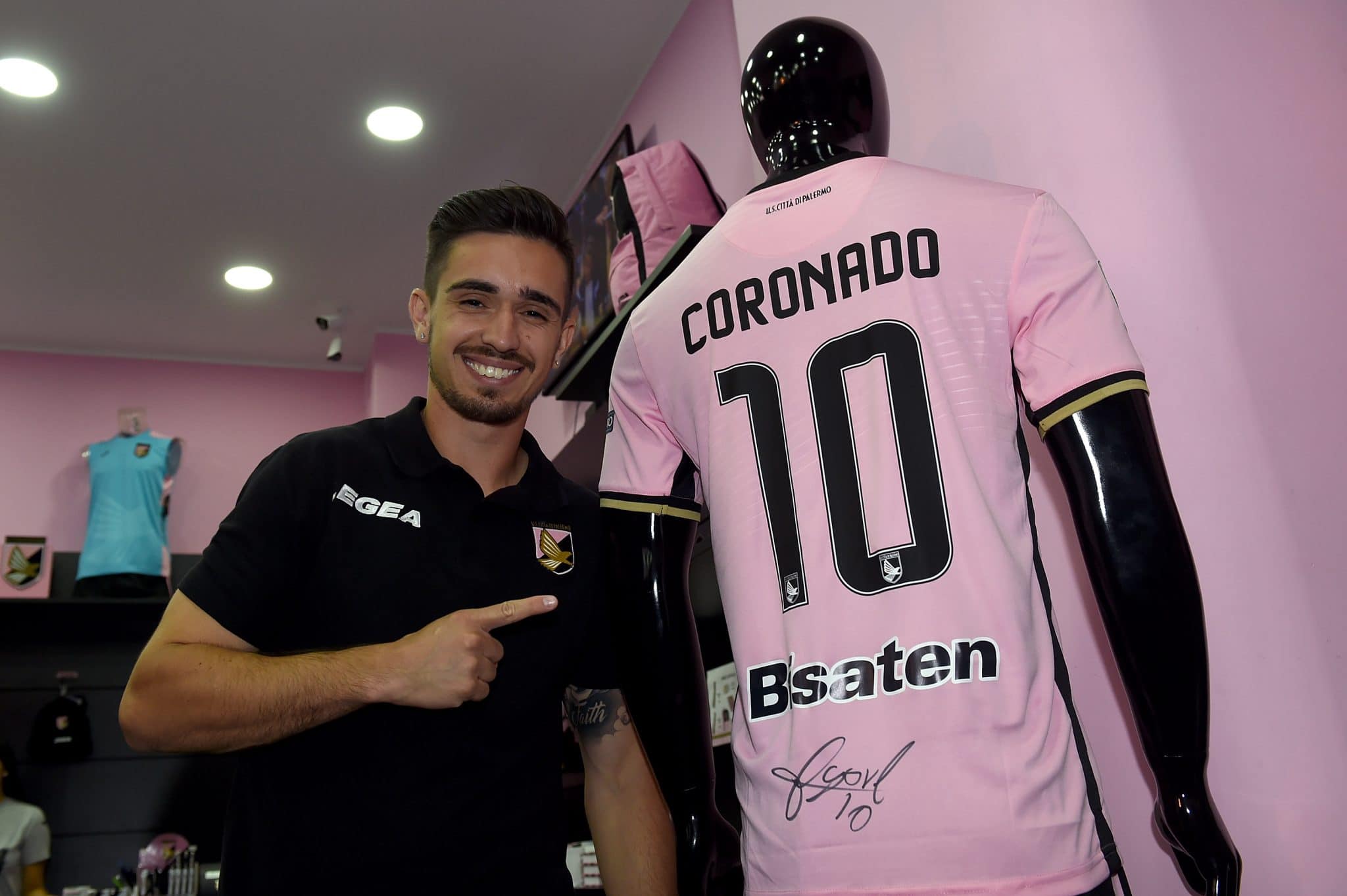 “Igor wants to bring the Palermo in Serie A, next year he has no intention of play in B,” his representative Joao Santos told TuttoMercatoWeb. “In a month and a half the championship will end, they are important moments.

“Today all the matches are fundamental and Igor wants to contribute. Watford? Yes, it's true. The English teams follow him. Palermo has a lot of visibility, this is normal. For now however, only the promotion of Palermo counts.”

That may well be true, but even if the Rosanero are indeed able to win back their top flight status, it would be no surprise to see Igor Coronado return to England once again.

After spells with MK Dons and Banbury, perhaps it will be a case of third time lucky for the Brazilian?