Antonio Conte stood on the Old Trafford touchline gently stroking his chin. The Italian was deep in thought, perhaps trying to work out why his Chelsea side were producing an inept display against Jose Mourinho's Manchester United.

Had the Blues left Manchester with victory then the Premier League title would've been in their grasp. Instead they gave arguably their worst performance of the season and were well beaten.

“It is very simple but in this case it is the fault is of the coach. It means the coach was not able to transfer the right concentration, desire, ambition to win this game.”

United deserved their 2-0 victory, one that would've been even sweeter for Mourinho given the humiliating 4-0 defeat his side suffered at Stamford Bridge in October.

The Portuguese got his tactics spot on. Conte did not. 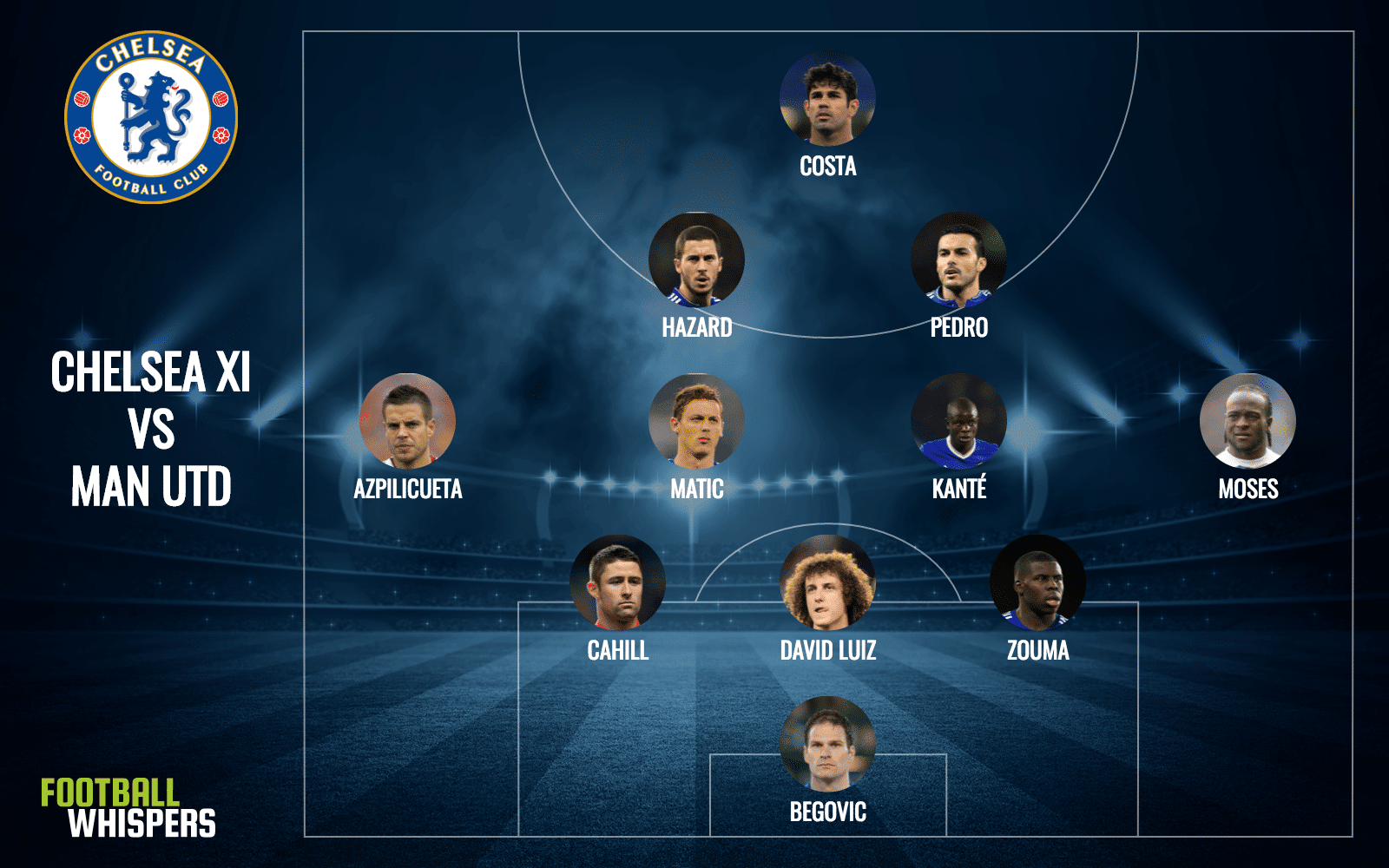 With goalkeeper Thibaut Courtois already out injured, the last thing the Italian needed was Marcos Alonso pulling out of the warm-up due to illness. It left Conte with a big decision to make and one he ultimately got wrong.

Instead of turning to Nathan Aké, who was recalled from his loan spell at Bournemouth in January to provide natural cover for Alonso, Conte opted to move César Azpilicueta to left wing-back and bring Kurt Zouma into the back three.

It was the wrong decision and one that destabilised Chelsea's defence. David Luiz, without Courtois behind him and Azpilicueta to his right, was poor throughout. Gary Cahill wasn't much better.

All the while Aké remained on the bench. Would the game have gone differently had the 22-year-old started? Perhaps not, that's something we'll never know. But Chelsea certainly wouldn't have been as unbalanced with the Dutchman in the side.

The one big criticism that can be levelled at Conte this season is his handling of Chelsea's squad players and the club's youngsters. It appears, from the outside at least, that he doesn't trust them.

Of course, naming a settled starting XI has been part of the Blues' success this season and with no European football to contend with the Italian hasn't had to heavily rotate.

But when a regular starter has missed a game through suspension, injury or illness, as Alonso did at Old Trafford, Conte has opted to move players out of position to cover rather than back his younger players to step up.

No Diego Costa against Bournemouth on Boxing Day: Conte left Michy Batshuayi on the bench and fielded a front three of Pedro, Willian and Eden Hazard.

No Victor Moses against Crystal Palace: Conte played Pedro at right wing-back instead of giving Ola Aina, who has been part of the first-team squad all season, a chance to impress.

The Italian could point out that Nathaniel Chalobah has been involved in Chelsea's match-day squad 24 times in the league this season, but the midfielder has played just 71 minutes of top flight football and is often introduced from the bench when a game is won.

Ruben Loftus-Cheek has featured for just 30 minutes across his six Premier League appearances while Aké hasn't played in the league since returning to Stamford Bridge at the start of January.

Even Michy Batshuayi, a Belgian international who cost Chelsea £33million last summer, is barely featuring. In the league he has played 109 minutes, averaging six minutes per appearance. 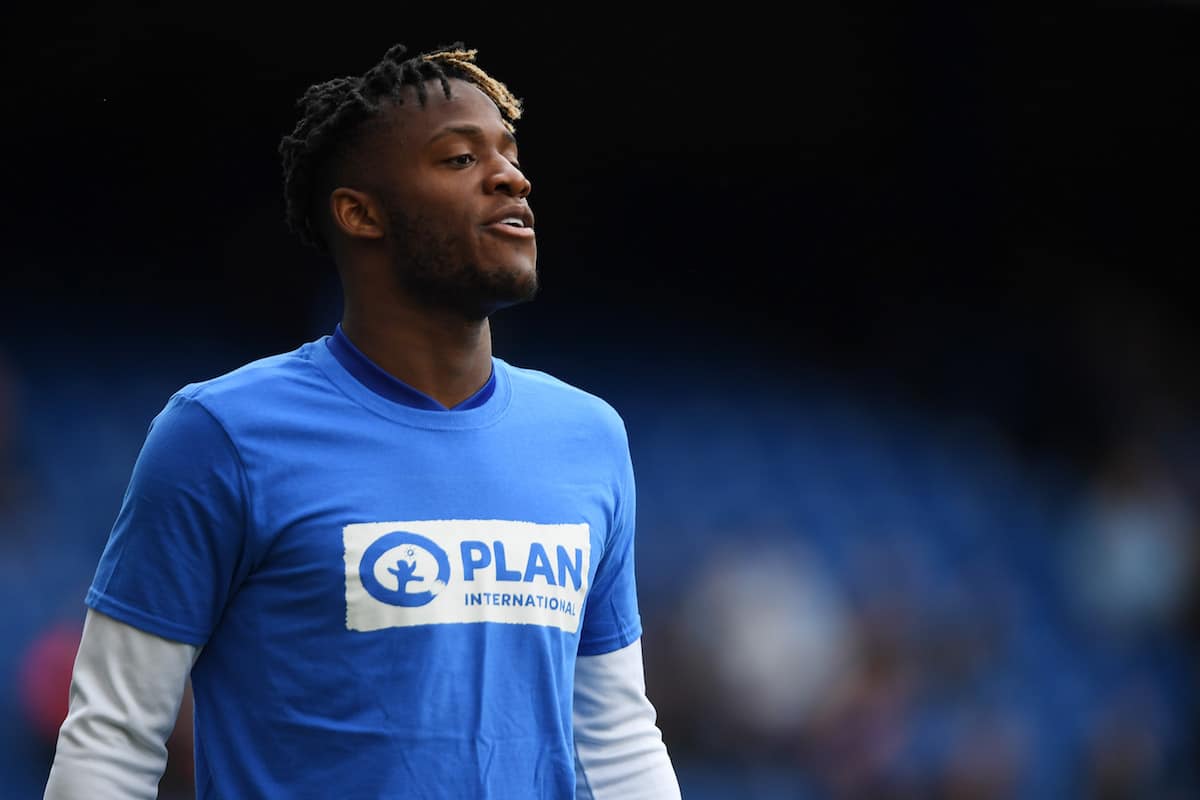 Why Chelsea should keep Michy Batshuayi this summer

With Costa out of form in recent weeks, the 23-year-old may have expected to be given an opportunity to impress. It hasn't come.

Zouma too has struggled for game time since returning from injury in December. The 22-year-old has played 151 minutes of Premier League football, a figure largely inflated by the 83 minutes he played at Old Trafford.

The numbers are grim reading, especially compared to the amount of minutes (880) academy graduates were given in the league last season, albeit in very different circumstances.

Yet with six games of the Premier League season to go, and with a title still to be won, Conte is unlikely to change tact. He'll stick with the players who have got him to this point in the campaign and hope they see his side over the line.

But next season, with a number of players set to return to the club after performing well out on loan, Conte will have to prove he can trust Chelsea's youngsters.

If not, then Chelsea are likely to have to wait a while longer for an academy graduate to emulate John Terry at Stamford Bridge.