It was perhaps the perfect metaphor for Antonio Conte’s reign at Chelsea.

Able to withstand everything Tottenham Hotspur threw at them, his side looked in full control and took the lead; Alvaro Morata's header set to make the important clash comfortable for the home side.

But by the time the final whistle blew, the Stamford Bridge outfit looked out of ideas. Blitzed 3-1 on their own turf, eight points off the top four and unlikely to qualify for the Champions League next term.

The 90 minutes encapsulated the former Juventus boss’ time in London; starting well, making a big impact before fading away.

Conte transformed Chelsea when he arrived in the summer of 2016. They finished tenth the previous season having dispensed with the services of José Mourinho.

Despite never having coached outside his homeland, the Italian not only won over legions of admirers in the UK, but understandably drew parallels with Mourinho’s impact on the same club a little over a decade earlier.

Back in 2004 the Portuguese was the well-dressed, charismatic charmer who breathed fresh air into English football and broke the Arsenal-Manchester United duopoly on silverware.

Always on hand with an intelligent comment or a cutting insult, his tactical acumen was deemed a cut above that of his peers and it seemed his Chelsea side – supported by the endless wealth Roman Abramovich – would remain prominent for years to come.

By September 2007 though he had worn out his welcome, the Russian owner growing tired of Mourinho’s exacting demands and public criticisms. The club's most successful boss was sacked.

From there, aside from a two-year stint at Inter where he walked away at the peak of his popularity, the Portuguese's career has constantly followed the same path. Despite ending a three-year trophy drought at Real Madrid and breaking a raft of La Liga records, Florentino Pérez would replace him amid a dressing room revolt.

That ultimately led to Mourinho’s Chelsea return in 2013. Another Premier League title didn’t stop his methods from wearing thin once again and he was gone less than three years after his second coming.

He may not like to admit it but Conte is cut from the same cloth as the man he has spent much of this season bickering with. He took control of Juventus – a club he captained to glory in the late 1990s – and restored them to the top of Serie A, helping an underperforming group of players rediscover the dogged spirit that had always been synonymous with the Turin giants.

Failures in Europe, however, led him to proclaim: “You can’t eat in a €100 restaurant with just €10 in your pocket.” It a Mourinho-esque take on the financial gulf that separated Juve from the continent’s truly giant clubs.

What he perceived to be a lack of ambition in the transfer market prompted the Italian to quit the club the summer of 2014. The fact his replacement, Max Allegri, subsequently took the squad to the Champions League final did nothing to dent the Conte's status as a club legend.

He then took charge of Italy, where many bemoaned his failure to call-up the raft of talented youngsters who were regularly shining in Serie A, instead preferring to rely on trusted veterans like Graziano Pelle and Emanuele Giaccherini.

The results were unquestionable and those who doubted Conte were left red-faced as the Azzurri swept highly fancied Belgium and Spain aside at Euro 2016, with eventual winners Germany needing penalties to advance to the semi-finals.

The manager’s stock was never higher and he arrived at Stamford Bridge to huge fanfare. He lived up to expectations as his tactical approach and bombastic mannerisms took the Blues to the title.

Much like Mourinho’s use of 4-3-3, his three-man defence and flooding of midfield overwhelmed opponents, while his celebrations – or indeed tirades – on the touchline seemed to go viral on a weekly basis. 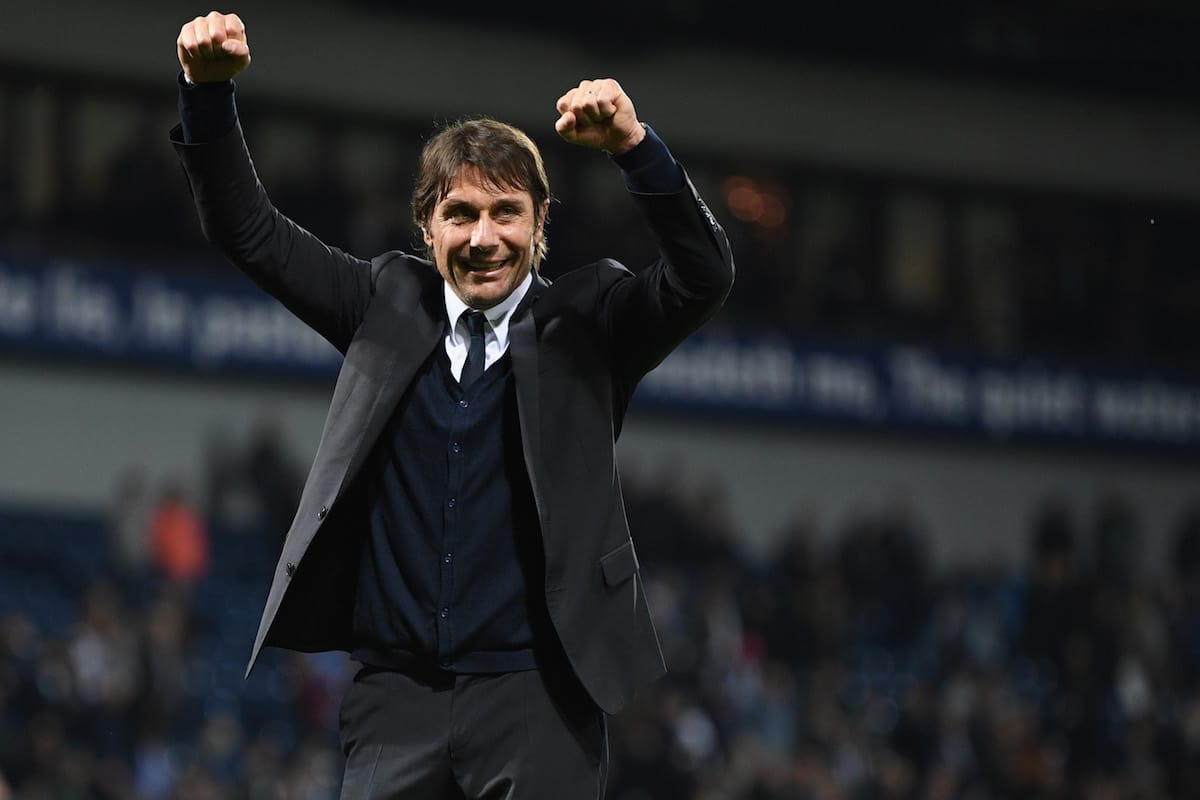 But fast forward to today and, much like his Portuguese predecessor, it seems Conte’s time at Chelsea could come to a hasty end. All season talk of moving on to pastures new have surrounded the 48-year-old as he repeatedly criticised the lack of support given during last summer's transfer window.

After the Tottenham defeat, he was asked about the possibility of being sacked despite only signing a new contract last July, which would make him eligible for a £9million payoff.

“No, I'm not worried,” Conte responded. “You have to ask the club, not me. I repeat: my task is to work, to work and I know I work 24 hours for Chelsea. Me and my staff. This is our task. Then the club has to take the decision. But, I repeat, I'm not worried about this.”

Given the potential financial windfall and the fact Bayern Munich, Paris Saint-Germain and the Italian FA would considering appointing him, Conte certainly has no reason to let the current situation keep him awake at night.

Like Mourinho before him, the Lecce native might find the words “sacked by Chelsea” on his CV very soon, but just as the Portuguese found at Inter, Real Madrid and Manchester United, that will not stop other top clubs from queuing up to secure his services.