Congo and Togo are struggling at the bottom of the Group H table in CAF World Cup qualifiers. We have a comprehensive preview of this game, including top free predictions for our readers in this post.

Our Free Tips and Predictions for Congo vs Togo

The hosts have two points after three games in Group H while Togo has bagged only one point in as many matches. Based on the underwhelming performances, the big question in this fixture is does Congo have a chance of securing the second spot? Here is how we are tipping this game to end:

We are giving Congo a narrow edge in this fixture. While the hosts secured a 1-1 draw in the first leg after an equalizer by Togo four minutes before the hour-mark, they should make the most of home advantage in this match. Congo was gifted an own goal in the first leg but we they can do better in the second leg.

Our second pick for Congo for Togo is a draw at the break. These teams struggled to find the net in the first leg. We expect another struggled between two teams that have failed to impress in Group H of CAF World Cup qualifiers. A draw at half-time looks good on the books.

We think Congo will win this match with a clean sheet. The visitors have scored only once so far in the competition after three games. Poor finishing on both sides is why we are topping goals on only one side and a low scoring match.

Congo vs Togo Odds, Team History and the H2H

The tables below summarize the team news, the latest stats and the best odds across handpicked UK bookies.

Congo hopes to defeat Togo in the second encounter in the 2022 CAF World Cup qualifiers. The visitors were the better side in the first meeting even though they gifted Congo an own goal. Congo has scored three goals and leaked five while Togo has found the net once and conceded four. These stats are proof of the struggles that these teams have undergone so far. Technically, they are far from being the best in the competitions. With only one point in three games, Togo's biggest task in this match is to get points and it could come with a lot of challenges away from home. On the other hand, victory for Congo means they can displace Namibia from the second spot assuming the latter loses to Senegal. 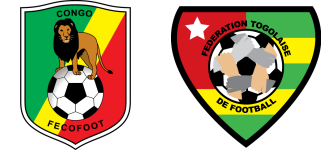 Where will this match take place?

The Congo Republic will host Togo in the second meeting.

What is the position of Congo on FIFA rankings?

How is Togo ranked by FIFA?

According to the latest FIFA rankings, Togo is position 136.