Congo get one major opportunity to try and revive their qualification hopes to the next round when they take on Namibia in the World Cup qualifiers on the 11th. This match will be held at the Stade Alphonse Massamba-Débat in Brazzaville.

Congo enter into the field for the first time since losing 2-1 to Togo. This qualifier back in October produced the second defeat in three games for Congo. Namibia also suffered a setback in the qualification hopes back in October fixtures after losing 3-1 to Senegal. The defeat came just days after the 4-1 loss against the same opponent.

Congo were unable to beat Namibia in the recent encounter back in September. The previous match ups between these two nations are quite rare, as they previously had met each other back in 2014. Even though might have home advantage, the team has not been on a good run of form to be able to profit from the same. Namibia have suffered big defeats against Senegal and the focus will be to be solid.

After conceding seven goals in the last two qualifiers, Senegal will have extra motivation to do well at the back. Congo are a slightly better opponent to play against than Senegal considering that Congo have only come up with four goals from the four group games so far.

Senegal and Congo played out a 1-1 draw in the reverse fixture back in September. Considering the struggles faced with the two teams, this would be a well-appreciated market. Due to the goal difference of these two teams, the opposition are likely to score goals.

Top Betting Odds and Stats for Congo vs Namibia

Congo need a lot of results to go in favour before they can think about qualification to the next round of the CAF qualifiers. The return of two points from their opening four games means that Congo will be relying on other teams dropping points.

Namibia enter into the match with real hope of qualification, but the second-placed outfit need to be wary about Togo. The major solace would be that Togo are going up against table leaders Senegal and it will certainly not be an easy match.

Questions about Congo vs Namibia 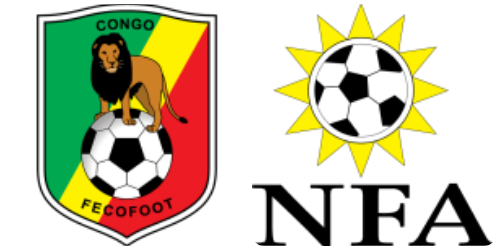 Where is the match scheduled? Stade Alphonse Massamba-Débat in Brazzaville

Which team is the favourite to win? Congo