Kurt Zouma and Harry Maguire both made moves in the summer, but for very different reasons.

The Chelsea centre-half joined Stoke City on loan to get regular first-team football, while the England international joined Leicester City after impressing for Hull City and doing enough to remain a Premier League player after the Tigers' relegation.

Both defenders have made solid starts at their new clubs and, as the Potters prepare to host the Foxes in the Saturday lunchtime kick-off, we look at how the pair compare statistically.

The duo are almost identical when it comes to tackling. Maguire has 16, while Zouma has managed 15. However, the Foxes defender has played 900 minutes compared to the Frenchman's 810, so the latter actually has a slightly better ratio per game.

Both players feature highly in the most blocks category with ten apiece, while they have also managed the exact same amount of interceptions with 15.

However, it's difficult to deny just how similar their stats seem to be.

Zouma hasn't scored for Mark Hughes' team yet but Maguire was quick to open his account at the King Power Stadium, netting in the 2-0 win over Brighton & Hove Albion back in August.

While both players are competent at defending, how do they compare with the ball at their feet? Zouma is quite an accurate passer, completing 81 per cent of his passes, while Maguire also has a respectable average of 75 per cent. 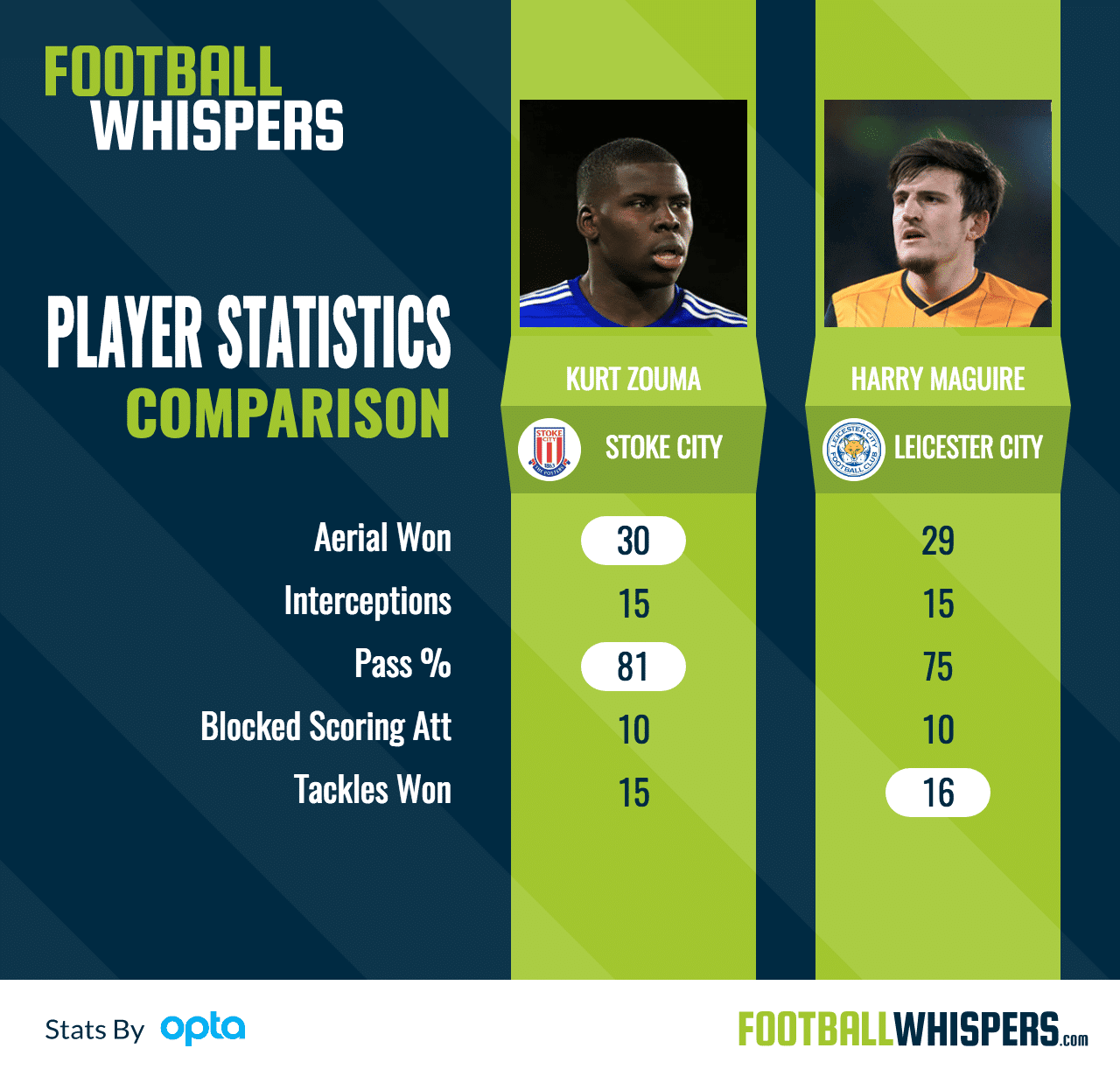 Both players come into the clash at the bet365 Stadium in confident mood, too. Zouma was key in shutting down a dangerous Watford side at Vicarage Road last week, winning 100 per cent of his aerial duels, making 13 clearances, three blocks and winning three tackles.

Plenty of Potters fans hailed it as his best performance since moving from Stamford Bridge and there are now calls for Hughes to tie up the 23-year-old on a permanent basis.

Maguire, meanwhile, helped Leicester keep a clean sheet in Claude Puel's first game in charge and will have to be as influential as ever up against Xherdan Shaqiri and Eric Maxim Choupo-Moting if Leicester are to continue their regeneration under the former Southampton manager.