It’s safe to say Sunderland’s top-flight status is coming to an end, though the same perhaps can’t be said of Jordan Pickford's position as a Premier League goalkeeper.

The standard of his performances in general this season were recognised by a nomination as the PFA's Young Player of the Year, which is pretty remarkable considering he not only plays for the division’s worst side, but in goal no less.

It’s an accolade that Jack Butland was shortlisted for last season, though a long-term injury to the Stoke City keeper, who returned to action at the weekend, has very much seen Pickford revered as England’s top prospect between the sticks. As a result a whole host of teams have been linked with a transfer for the Sunderland stopper, including some of the league’s big hitters.

His reputation is certainly growing, but where does the 23-year old rank among the best young keepers of his age or under in Europe?

Well, for a start there have only been seventeen keepers across Europe’s top six leagues that have made at least 10 starts in their respective divisions this season. It’s a role in any side that is rarely trusted of young players after all, though the performances of Pickford and co. in the current campaign certainly suggest that experience isn’t the be all and end all it is often billed to be for those between the posts.

There’s no question as to the biggest name or indeed biggest frame when it comes to a new generation of number ones emerging on the scene. Indeed, Manchester United transfer target Gianluigi Donnarumma has been touted as the heir to namesake Gianluigi Buffon’s Azzurri throne for good reason. Instated as AC Milan’s first choice before the turn of the year in 2015 at the tender age of just 16, he hasn’t looked back since, cementing the spot as his own and making his senior international debut in the meantime.

That’s an achievement that Pickford is yet to match just yet, though a call-up surely can’t be too far off. International recognition is also something that Sevilla keeper Sergio Rico has received, earning a debut for Spain last June ahead of the Euros and he is another number one considered among the top talents on the continent, along with Benfica’s Ederson Moraes and Yoan Cardinale.

The difference between all of the above and Pickford, of course, is that the latter plays for a far inferior team, with the likes of Milan, Sevilla, Benfica and Nice all harbouring European aspirations at the least. Nevertheless, if his statistics this season are anything to go by that’s a level that the Sunderland man should be aiming for when considering his next move.

Playing in a relegation battle

Sunderland’s sorry defence may go a long way to explaining Pickford’s Premier League record this season of 4.7 saves per game, but it’s a figure that is hugely impressive regardless. It’s comfortably the most of any keeper aged 23 or under, with Donnarumma his closest challenger on 3.8, followed by Metz’s Thomas Didillon (3.5), Rico and Timo Horn of Cologne (both 3.4). 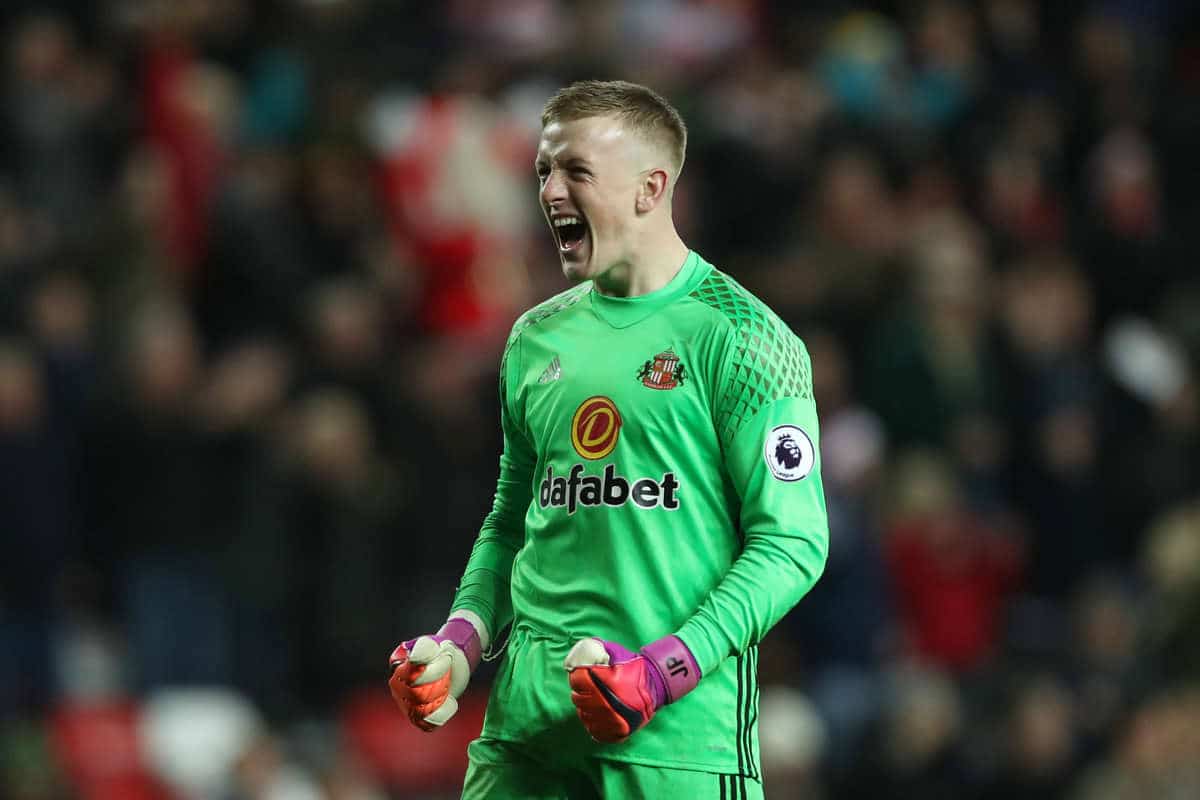 The flip side of playing for a team that offers such little protection of course is that Pickford doesn’t record anywhere near the number of clean sheets as his competition. He’s registered just three all season, which compared to the likes of Donnarumma (11), Rico (12) and Moraes (15) pales into insignificance.

Nevertheless, there is only so much that can be expected of any goalkeeper, and that is to keep out a decent percentage of the shots on target that they face. Pickford, then, certainly hasn’t disappointed this season, with the sixth best save success rate in the Premier League (72.7 per cent). England number one Joe Hart boasts a figure of just 63.4 per cent by comparison, though while it’s clear the Sunderland stopper can hold his own, he’s still some way off the elite of his age group.

Again, playing for a stronger team is certainly an advantage given that the quality of chances a team like Benfica will concede compared to the Black Cats are significantly weaker, but that only goes some way to explaining the difference between a keeper like Moraes' success (81.5 per cent) and that of Pickford. Donnarumma’s save percentage of 78.1 per cent is also well in advance of the Englishman, while Rico (74.3 per cent) is also slightly ahead of the sought-after Sunderland man. 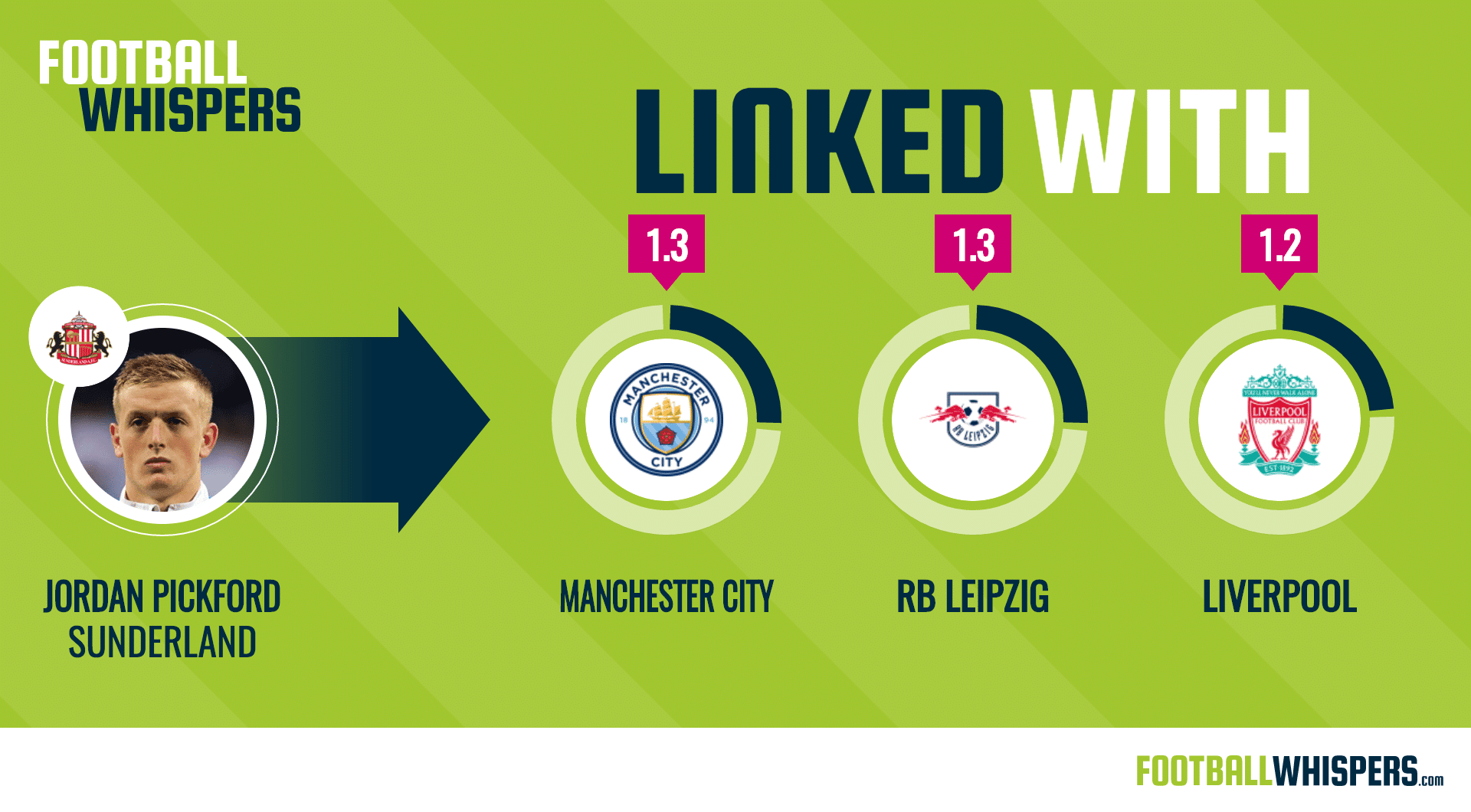 However, Pickford deserves great credit for his concentration levels and consistency in the face of adversity. He’s committed just a single error that has led directly to an opposition goal this season – as defined by Opta – which is level with Rico and Moraes but better than the likes of Donarumma, Horn (both 2), Didillon and Cardinale (both 3).

He may still have some way to go to be considered among the very best prospect’s in Europe, but Pickford is certainly the best that England have to offer at present. Furthermore, it would be interesting to assess the same statistics had he been able to rely upon a solid back line.

That opportunity looks sure to come for Pickford this summer, and perhaps then we will be able to truly judge the potential of a keeper that could represent an overdue replacement for Hart on the international stage.