According to Spanish news outlet Sport, Antonio Conte’s search for a wing-back has taken him to Teesside. The Italian has reportedly set his sights on Adama Traoré as he looks to add depth to a position the league champions are currently lacking in.

Chelsea had previously been linked with a move for West Ham United’s utility man Michail Antonio, but the 26-year-old signed an improved deal with the Hammers. The link to him and now to the versatile Middlesbrough attacker shows that Chelsea are in the market for reinforcements in that area of the pitch.

Traoré, 21, only joined recently relegated Boro on deadline day of the summer transfer window after just a season, albeit a disappointing one, at Aston Villa. The former Barcelona man wasn't a guaranteed starter for either of Aitor Karanka or Steve Agnew but put in some eye-catching performances. He’s played on the right side of the midfield and terrorised both Liverpool and Manchester United with his direct play.

It’s no wonder he’s reportedly at the top of Chelsea’s transfer wishlist.

While back-up wing-backs aren’t the signing that fans want to see, it is necessary.

Victor Moses is the current incumbent of the right wing-back role at Stamford Bridge.

If 3-4-3 is a system Chelsea intend to use for the long-term then they are going to need depth in key areas, and the wing-back role is certainly one of them. Moses’ performances in his new role have been rightly applauded. He’s become an integral part of the system and the team are now potentially overly reliant on him with no alternatives currently in the squad. 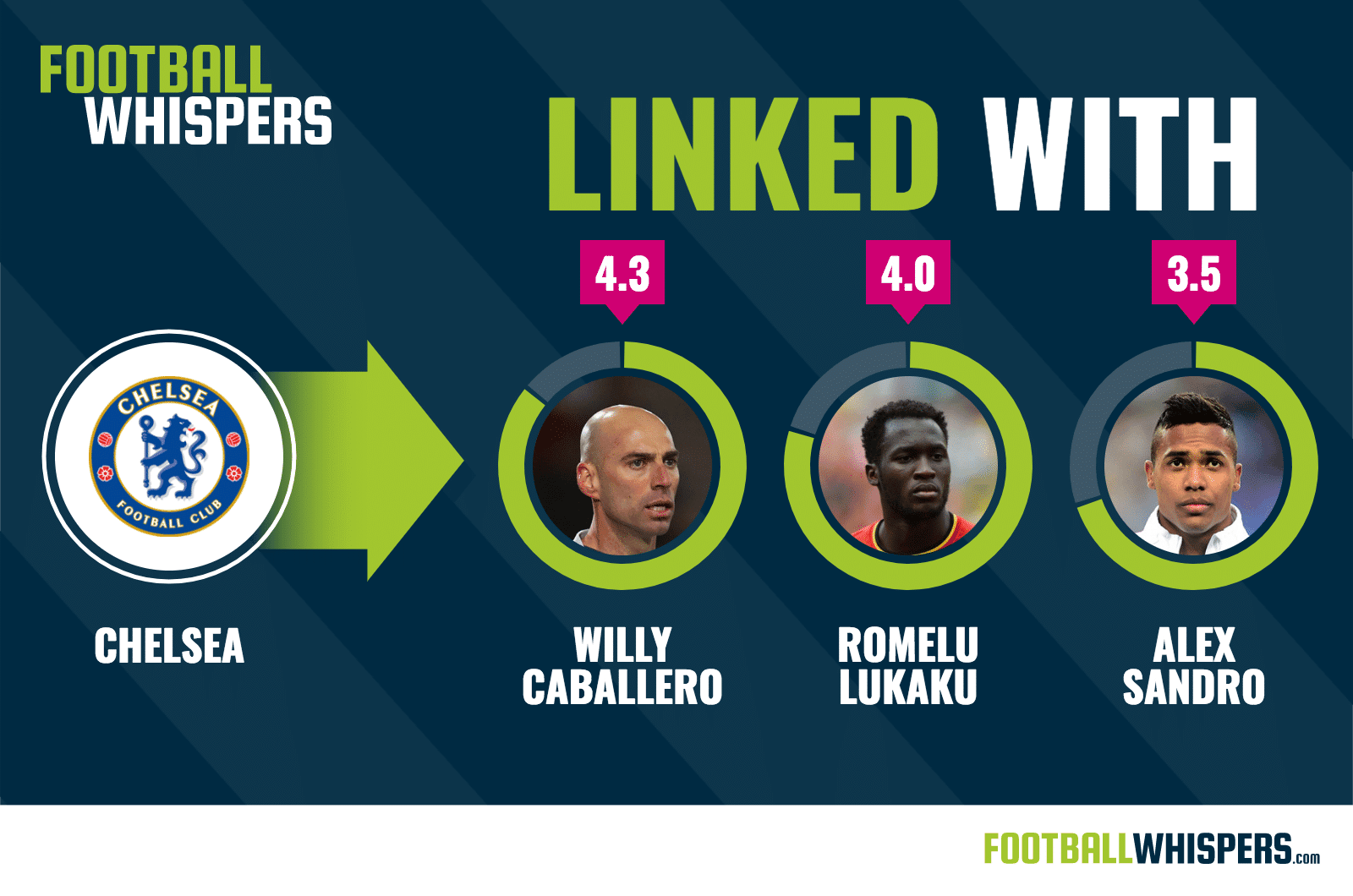 Willian and Pedro could play there, and both would probably do well, but doing so would take away what they offer the team offensively and replacing that output in the final third won’t be cheap.

Despite the wing-back role being viewed as a defensive position that’s not entirely the case with Conte’s use of them. Moses has been used effectively as a winger.

With Chelsea looking to play a counter-attacking system the manager makes the most of the former Wigan Athletic man's pace, composure, ability on the ball and instinctive attacking movements to give his side an advantage in the final third.

It’s why links to attacking players make a lot of sense and Chelsea ideally need someone who shares similarities with Moses. 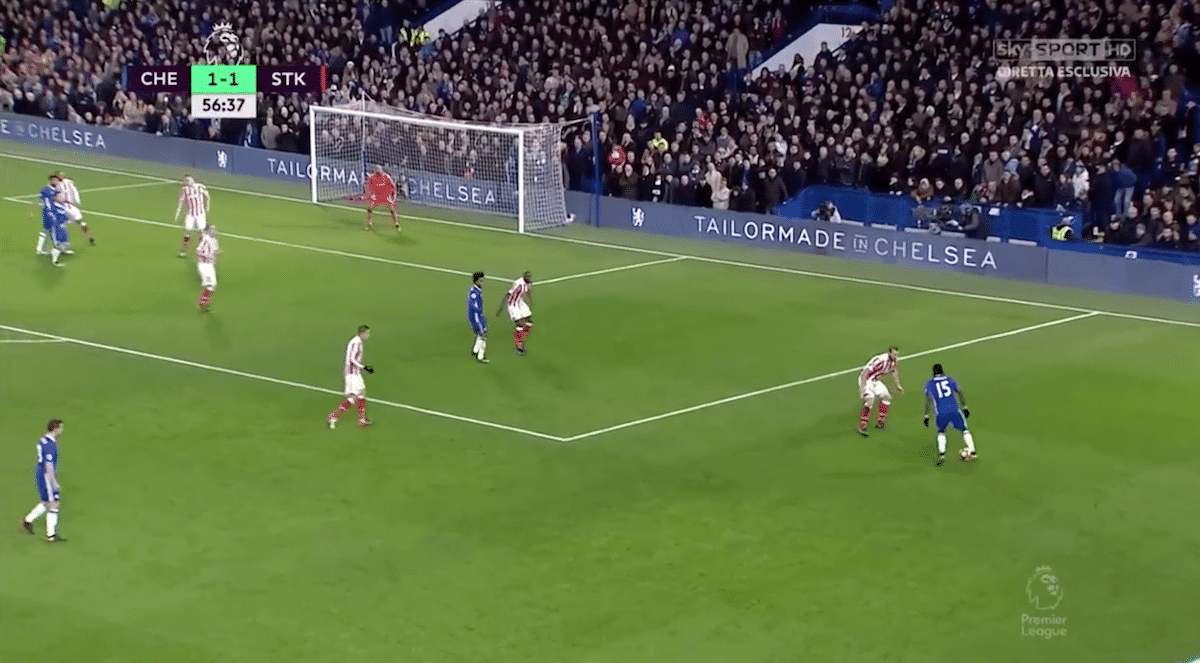 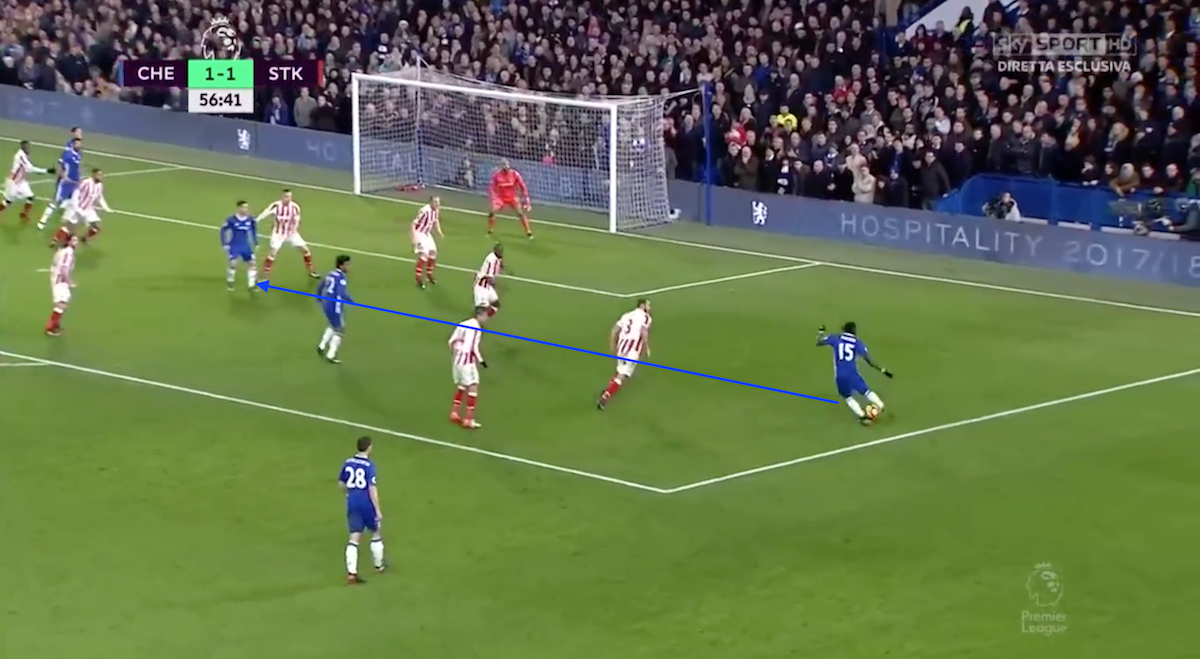 In the two pictures above you see the benefits of having Moses and not a traditional defender playing the wing-back role. He squares up Erik Peters, the Stoke City left-back, and threatens to cut inside on his left foot before dipping back onto his right and driving into the area.

He creates his own space and delivers a perfect pass to Hazard who then cushions the ball for Willian to smash home.

He could have just played the ball back to César Azpilicueta who then would have crossed the ball into the area and Stoke, who have a lot of men back, possibly would have cleared the danger. 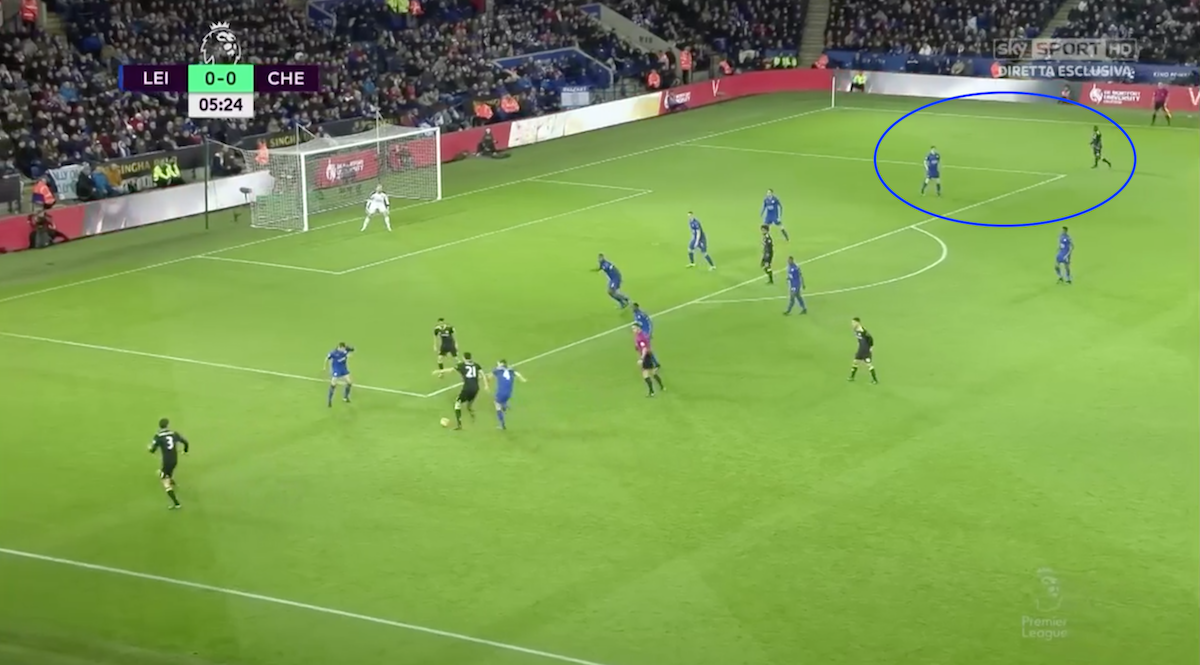 Premier League champions Leicester City tried to replicate Conte’s system when the two sides faced off. It backfired for Ranieri’s men. In the picture above you see the room Moses has on the right and how the Leicester left wing-back is isolated. It happened time and time again.

All it takes is a clever switch of play and he is one on one with a lot of space to work in.

A Closer Look at Adama Traoré

There are question marks over Traoré’s suitability. Chelsea are a well disciplined, defensively drilled team and their success as of late has been down to just how compact they are in their own half.

It requires a lot of concentration and a lot of patience. The Boro man is a firecracker just waiting to go off.

It doesn’t sound like a match made in heaven but if anybody can educate the player on the defensive side of the game it’s going to be Conte.

When compared to Moses statistically you see there are areas of his game he would have to improve.

It could be also be a role which allows the powerful winger to really show the world his talents.

A wing-back often sees an attacking player tracking them from deep areas, those who aren’t usually the best defensively.

Couple that with the fact Traoré would be arriving at speed from a more withdrawn area, it does beg the question; just how devastating could he be for Chelsea? 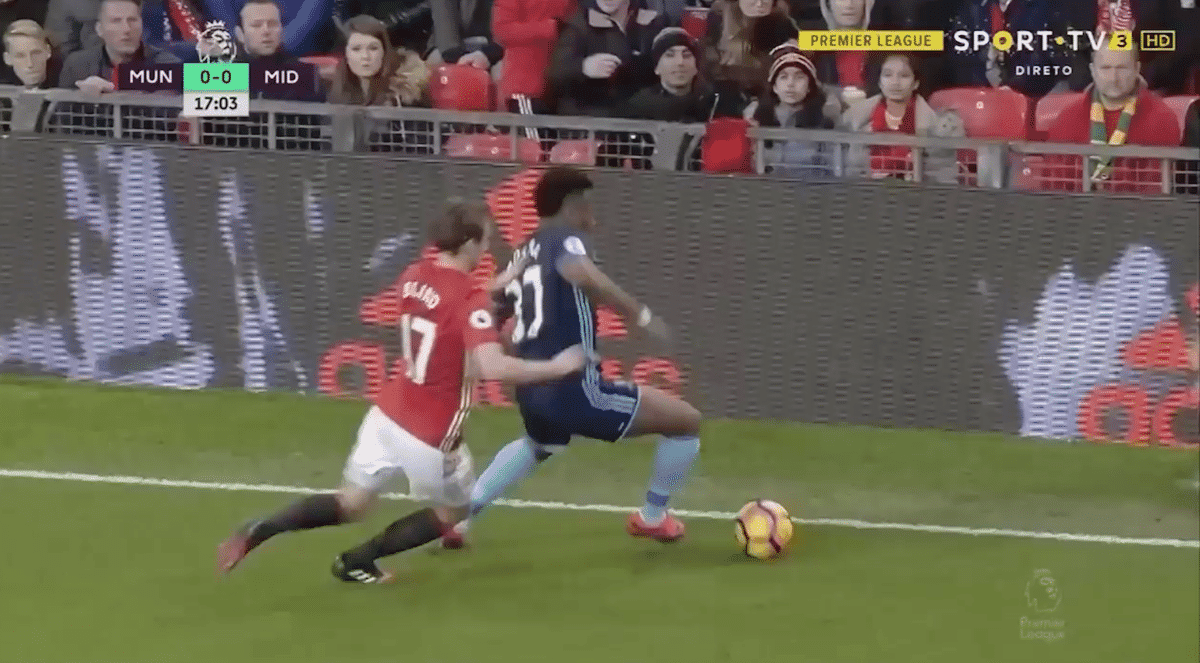 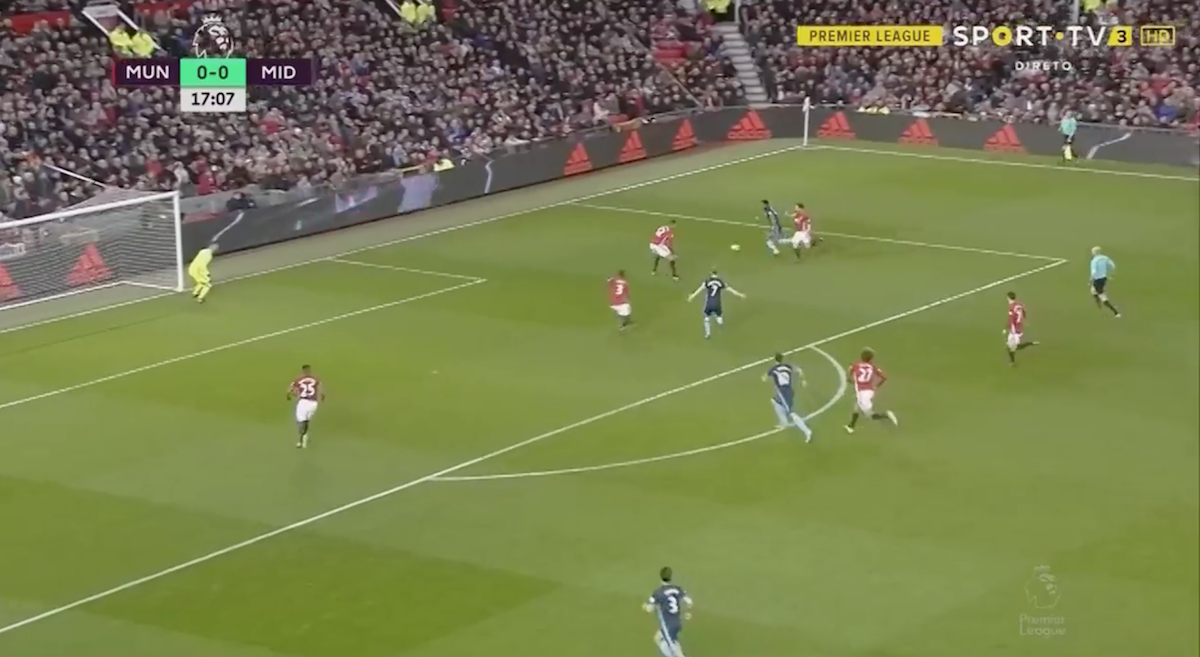 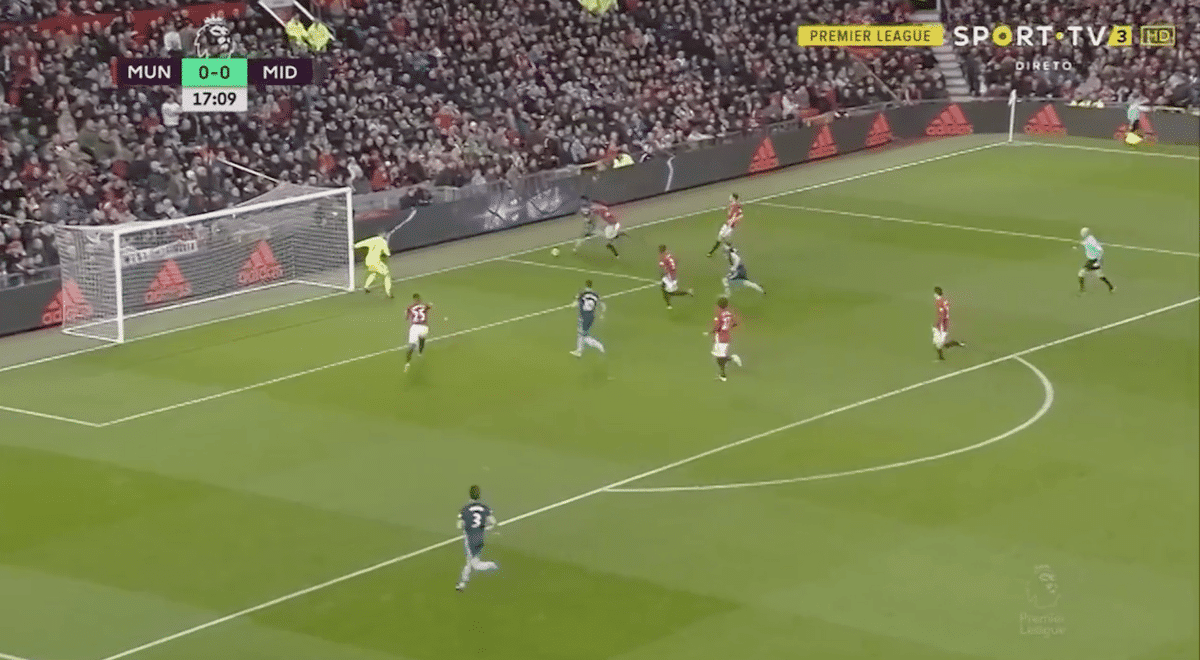 In the series of pictures above you see how Traoré creates something out of nothing. In the first picture he’s being tracked by Daley Blind and looks to be going nowhere with the United defender so close to him.

Not to be deterred, though, he wriggles free and drives into the area which then brings Chris Smalling into play.

The United centre-back isn’t quick enough to even get close to the former Barca youngster who blazes past him. That’s two of the United back four taken out of the game. 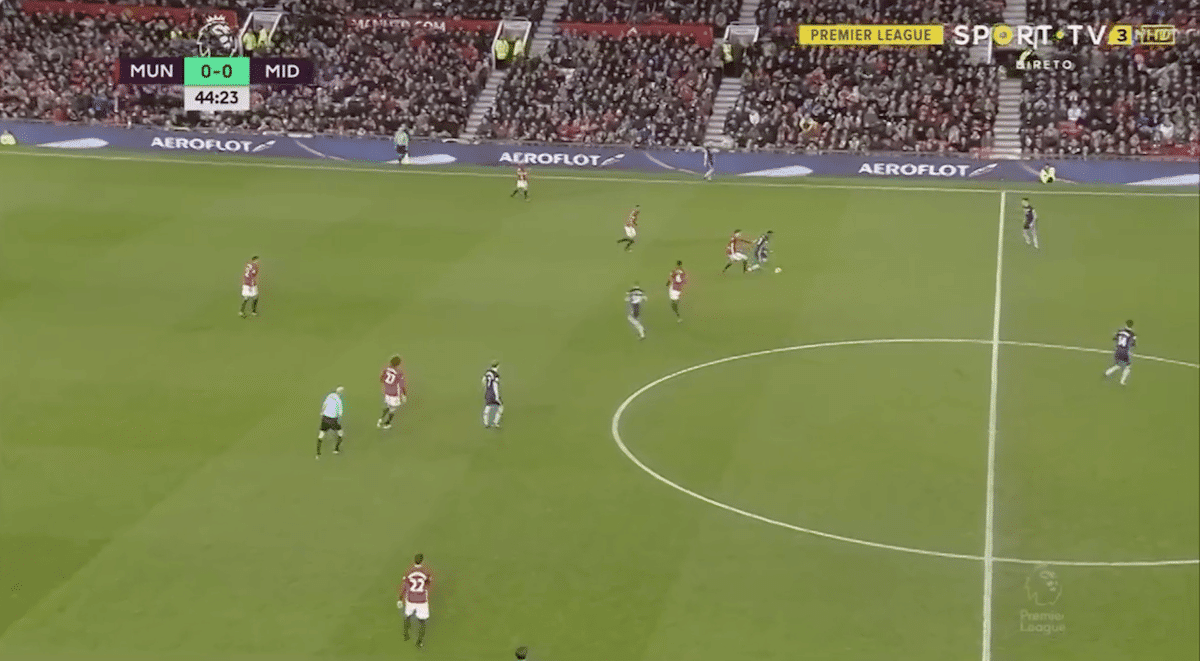 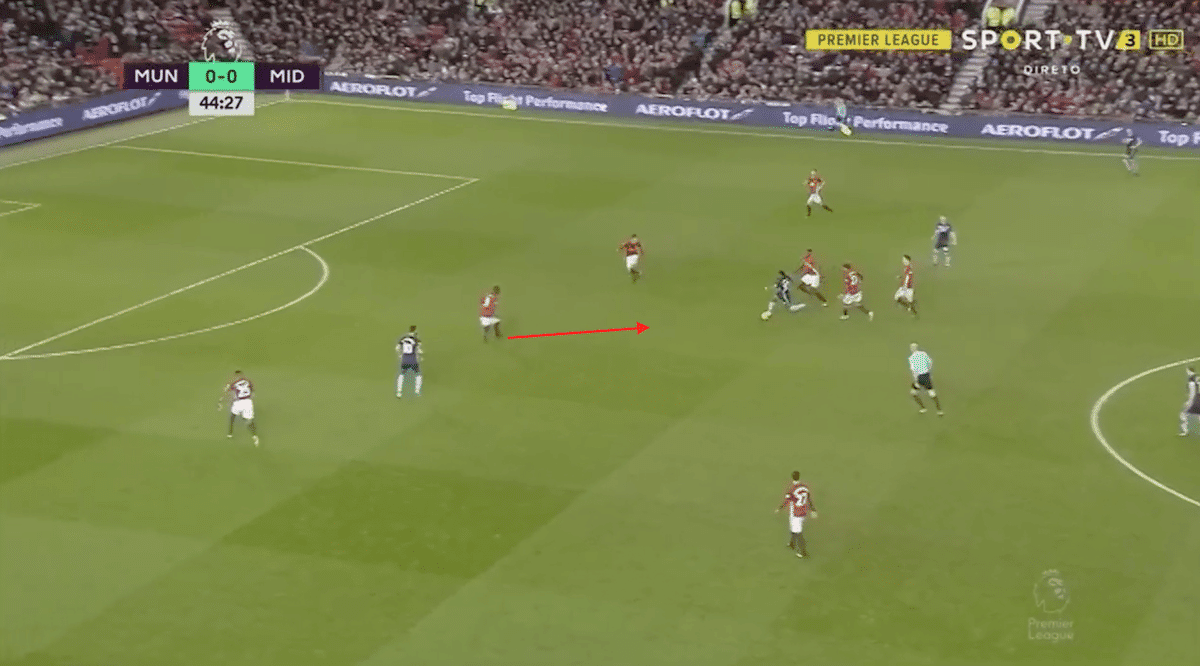 Traoré is a man who can break defensive lines.

He picks the ball up in the initial picture facing his own goal with a United man on his back. Yet in the second picture he’s progressed with the ball, has three United midfielders trailing in his wake and has both of the centre-backs giving him their full attention.

The home side went from looking composed and in control to stretched and scurrying to get back in a matter of four seconds.

He could be a real weapon for Chelsea in that wing-back role. He would need time to develop, though, and would need to embrace whatever Conte tells him on the training pitch. There’s a lot of raw potential there, it just needs to be harnessed.