Last summer Monaco were slowly dismantled, but that’s probably the price you pay for having an unexpectedly very successful season.

Bernardo Silva, Tiemoué Bakayoko, Kylian Mbappe and Benjamin Mendy amongst others, all moved away from the principality, but the Ligue 1 champions pushed hard to replace them with a new breed of exciting players.

On transfer deadline day, both Arsenal and Liverpool made a last gasp attempt to prize Thomas Lemar away from Monaco, but the Ligue 1 side kept strong.

Despite rumours of around £90million being offered, Lemar has remained in France, even enjoying a wonderful performance for Les Bleus as the transfer window wound shut.

Arsenal are being linked with yet another move for the Frenchman in the January transfer window, with L'Équipe claiming the Monégasque club aren't keen on selling anyone this month, but could be tempted with Lemar.

As Alexis Sánchez and Mesut Özil's contracts run down and they move closer to leaving the Gunners, they need to look for replacements.

We take a look at Lemar's statistics from the new stadium and look at how he compares to the Arsenal contract rebels.

Lemar vs Sánchez and Özil 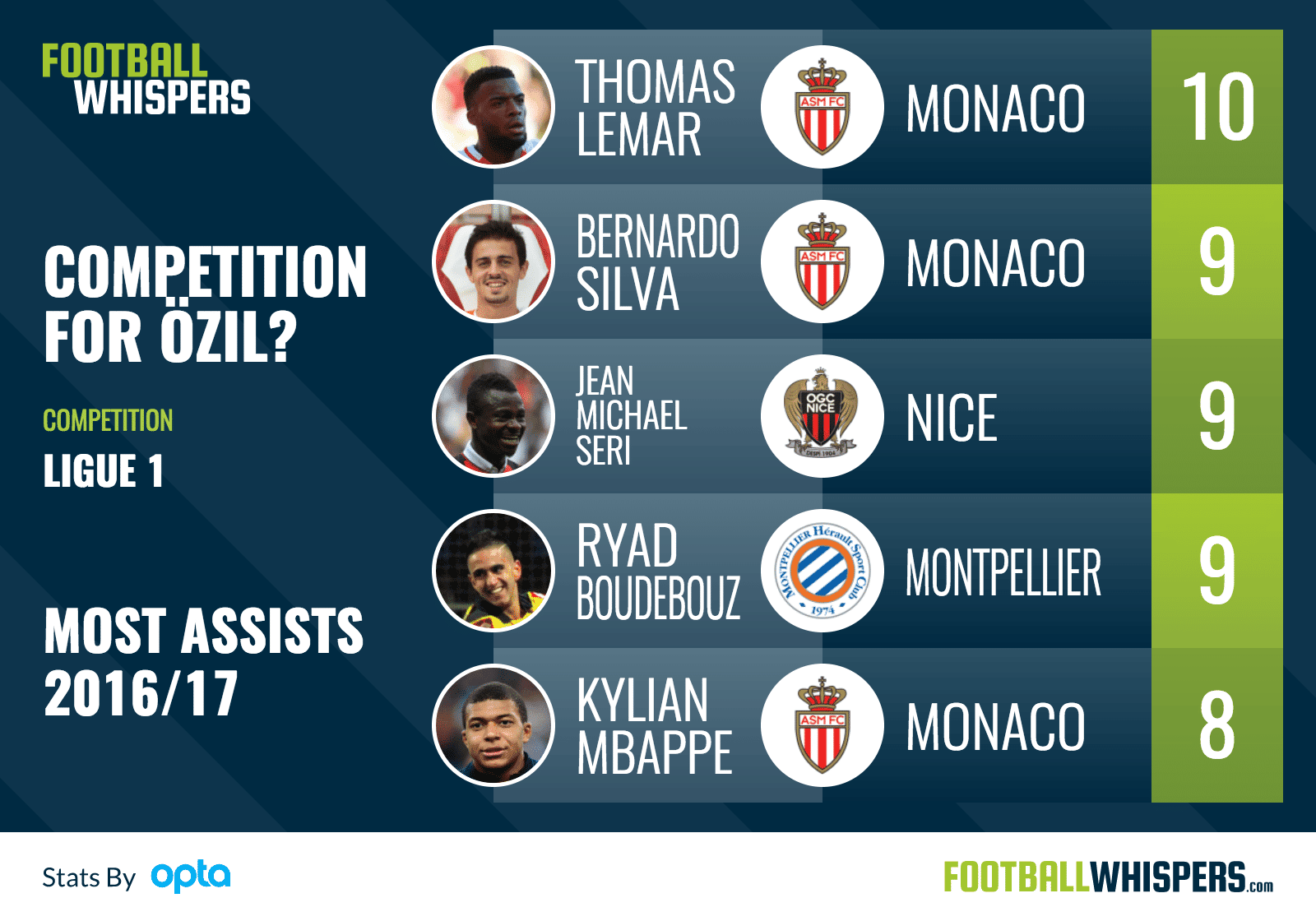 It shows you just how good last year’s Monaco team was though, with Silva and Mbappé both also forming part of the top five.

Interestingly, that was nowhere near the Premier League’s top assist provider last season – Kevin de Bruyne was on 18 – but he did come out on top compared to Özil’s nine, while Sánchez also provided ten. 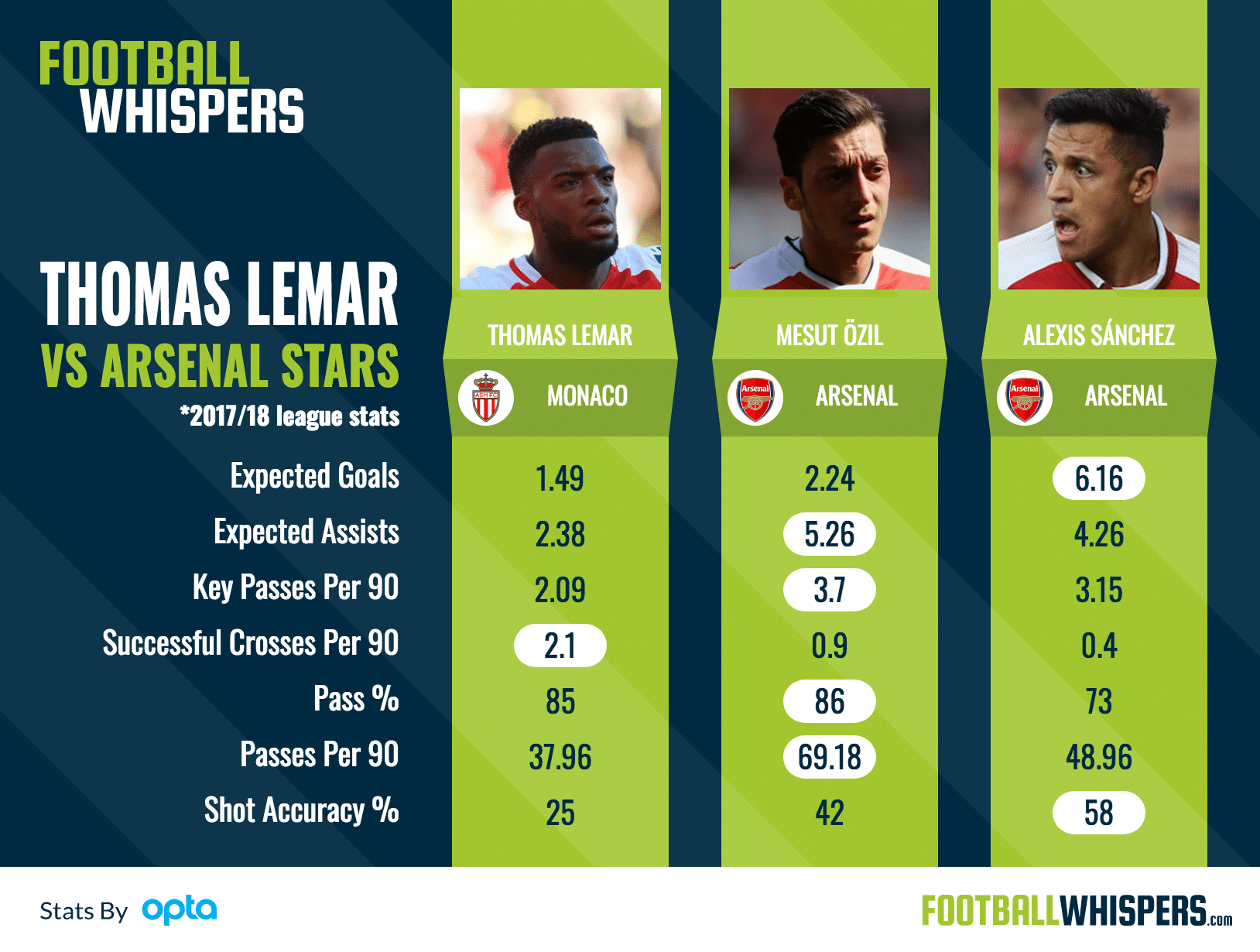 We have also had a look at the Frenchman compared to Arsenal’s duo in terms of his statistics per 90, which you can see above.

Arsenal fans may despair at Özil's performances, but his numbers show well in comparison. Lemar hasn't quite hit the heights of last season yet.

However, the potential is there and put him in the German's role or on the left in place of Sánchez and those numbers would likely shoot up.