Fans often joke about how a club has sold their soul after the announcement of yet another irrelevant sponsorship deal but in the near future, if football continues down the slippery slope it’s currently on, clubs might not even have a soul to sell.

There’s a quixotic idea in the minds of some fans that running a club is straightforward but it’s far from it in reality. It’s a juggling act and more often than not clubs will opt for financial security over chasing a dream. A lot of football teams operate in manageable debt. They spend what they to improve while looking for more revenue streams and that’s where the random sponsorships come into play. It’s safe and some may even say boring but it’s better than copying Leeds United and Portsmouth who spent beyond their means and faced financial ruin.

Business tycoons are running football clubs as though they are a business. Because they are and there’s nothing wrong with that. Since the appointment of FSG, Liverpool’s value has more than doubled. Why? Because FSG are treating it like a business and looking to maximise their revenues. The FA sold off to rights to the prestigious FA Cup so it was known as the Emirates FA Cup. The Premier League itself used to have a sponsor before it opted to rebrand as the EPL.

While these bizarre sponsorships may be viewed as clubs and football associations selling out, is it not better to have an official noodle sponsor as opposed to having your club erased from history? It’s already happened to some clubs. 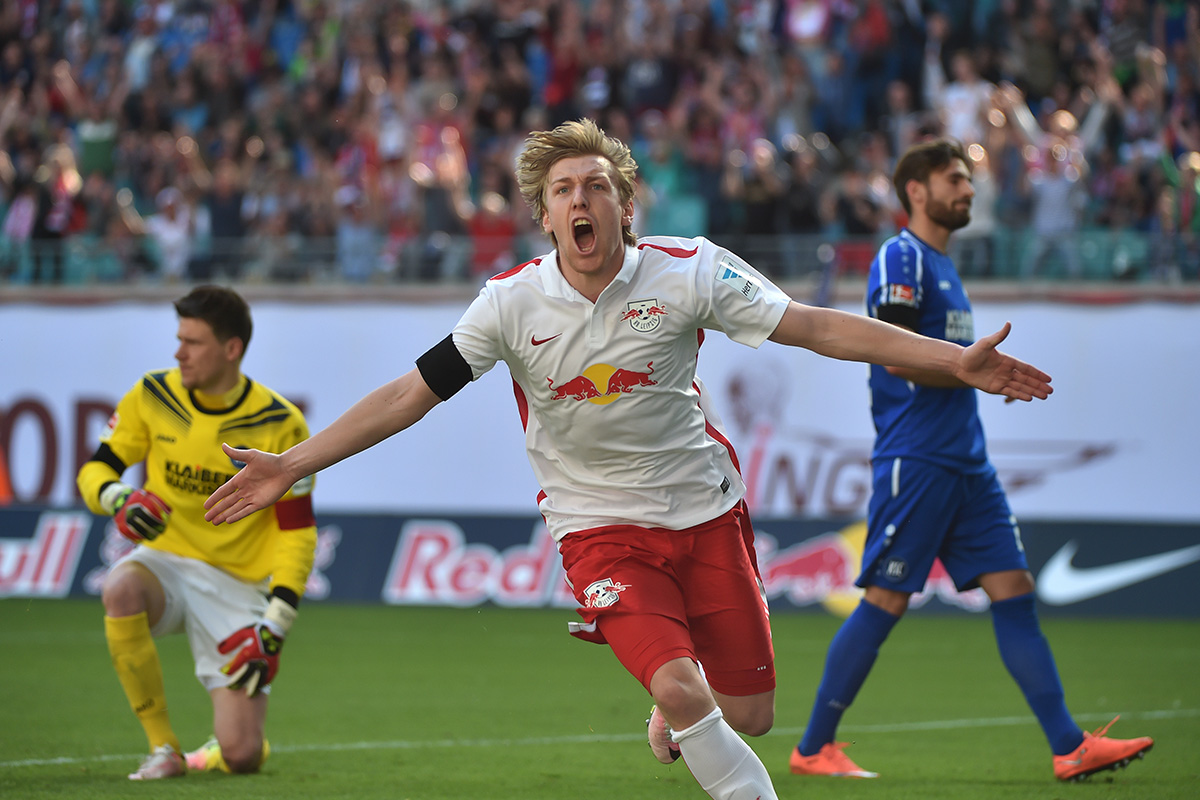 Red Bull, the number one selling energy drink in the world, looked to branch out into the world of sport. The fizzy pop manufacturer bought F1 racing team Jaguar Racing, based in Milton Keynes, in 2004 and rechristened it Red Bull Racing. They also bought Minardi Racing team, based in Italy, and renamed them Scuderia Toro Rosso (squad Red Bull in Italian). In both cases Red Bull ruthlessly ignored the history of both teams, albeit both teams didn’t really have a rich history, Minardi Racing first appeared in 1985 and Jaguar Racing in 2000, but nonetheless, history is history. It was a new dawn for the teams.

Red Bull’s approach to the rebrand was cold to say the least. Not only did they change the club’s name and rewrite the clubs 72-year-old history, they also changed the team's kit to align with Red Bull’s branding. Red Bull are the first club to openly acknowledge the fact modern day football owners genuinely don’t care about the fans, how there’s no room for sentiment – It’s a business to them – and they didn’t mind ostracising their fan base in their quest to make money. It was evident when, In the June of 2005, Salzburg fans wearing any traces of the pre-Red Bull kit were refused entry to a pre-season friendly.

Red Bull shared no empathy with these fans. It was simply bend to their whim or you aren’t welcome at the stadium anymore. Adapt or perish. They knew most supporters would return because they had a connection with the club and the players. Because there’s nothing quite like a fan and their sports team in the world. The attachment knows no bounds. It’s ingrained in you from such a young age that it’s almost near impossible to just switch off. It’s not comparable to buying an iPhone after having an android phone for a number of years or switching from Xbox to PlayStation. It’s not “just football”.

Red Bull Salzburg could turn their kits into race jumpsuits and have advertises galore and they wouldn’t be selling their soul because it’s already a soulless shell of a club.

They’ve bought teams in Brazil, America and most recently in Germany. When Red Bull purchased SSV Markranstädt in 2009 they were a fifth division German club. Now the renamed Red Bull Leipzig are second in the Bundesliga just the two points off of German Giants Bayern Munich and undefeated in their opening 9 matches. As Rory Smith said on the Final Third Talks podcast, Red Bull explored various possibilities in Germany before settling on Leipzig. It’s an up and coming city without a club in the Bundesliga. It’s home to a lot of new technology businesses. Red Bull banked on making RBL the adopted club of many living in the city and it’s worked. The club average 30,000 for home matches.

What's interesting though is despite the initial outrage and the claims RB Leipzig are nothing more than an advertising vehicle for Red Bull who go against the traditions of German football, neutrals are excited by the project. There’s a real possibility the club are playing Champions League football in the next 5 years and have one of the most talented squads under the age of 23 in the world right now. People want to watch these players and see how they develop. They want to see how this fairytale ends. Will a club only founded in 2009 topple the might Bayern Munich?

It begs the question, does success trump tradition? Are owners like Red Bull simply looking to capitalise on the thirst for success?

Take Everton for example. It’s a club with a lot of history but they are without a trophy for 20 years now. If Red Bull bought them tomorrow and went about dissecting them like they did their previous sports teams there would be outrage. Red Bull Everton playing at the renamed Red Bull arena with all traces of Goodison Park extinguished to the history books. The Everton blue would be no more and in it’s place a nice new white strip with the Red Bull logo on.

But would such outrage persist if Everton started to compete in the Champions League every single season. Would season ticket holders stop going if Red Bull Everton started to win the Premier League title? Could fans of the Toffees really celebrate any success when the word Red is scrawled across everything associated with with beloved club?

Fans are perpetually complaining about not being able to compete financially with the likes of Manchester City, Manchester United and Chelsea, but would you want to if it meant your team was rechristened Lucozade Sheffield? Companies may start to look at the Red Bull model and be tempted to follow suit.