FC Cologne take on Union Berlin at the RheinEnergieStadion in the Bundesliga on Sunday, September 11th. Two unbeaten records are on the line when these sides clash in Germany. Read our free predictions and find the latest odds for the fixture below in our detailed match preview.

Union Berlin are unbeaten in six previous meetings with FC Cologne ahead of Sunday’s clash at the RheinEnergieStadion. Read our top predictions for this weekend’s fixture below.

FC Cologne and Union Berlin have made similarly solid starts to the new season in Germany, and the sides will both put unbeaten records on the line when they face off at the RheinEnergieStadion. However, like most other teams in the Bundesliga, Cologne have found it incredibly tough to beat Union in recent seasons, indeed, the Berlin-based outfit have avoided defeat in each of their six encounters with Die Geißböcke since their promotion in 2019. That record is difficult to ignore, and Union are under-priced in the double chance market on Sunday.

FC Cologne have contested nine matches in all competitions this season and Die Geißböcke have only failed to score on one occasion so far. Interestingly, both teams got in on the act in seven of those contests and a stake in the same market could be worth considering on Sunday. Cologne’s opponents, Union Berlin, have a similar record in the Bundesliga since the summer and BTTS has landed in four of their five fixtures in the division. Four of the last five meetings between the clubs have also produced action at both ends and we expect that trend to continue this weekend.

Check out our list of the top stats for Sunday’s game below alongside a tool to help you choose the most lucrative odds.

Read all of the latest injury updates and team news for Sunday’s Bundesliga clash between FC Cologne and Union Berlin below.

Julian Chabot has a sprained knee and will miss Sunday's game, while Mathias Olesen is out with an ankle injury. Up front, Sebastian Andersson and Mark Uth are paired in the treatment room. FC Cologne drew 1-1 at Nice in midweek against a backdrop of crowd trouble in France.

Defender Timo Baumgartl is out and won't return until later in the month, while midfielder Fabio Schneider is currently carrying a knee injury. Union Berlin held Bayern Munich to a 1-1 draw in their last domestic test, highlighting the confidence they currently wield. 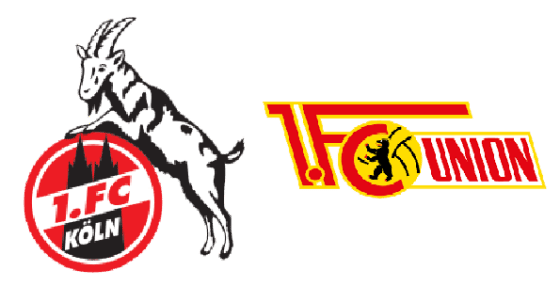 You can find some of the best odds for this game listed here on Football Whispers.