Top free betting tips and odds for Cologne vs Mainz

Cologne takes on the challenge of Mainz 05 in Round 29 of Bundesliga action. Both sides will be hungry for the three points on offer after tasting defeat in their last outing.

Union Berlin stood in Cologne's way with a 1-0 victory. It brought an end to the Billy Goat's three-match unbeaten streak. Steffen Baumgart will want his charges to get back to winning ways and will be confident against Mainz 05. The Carnival Club are winless in ten competitive away fixtures and looks unlikely to put up a lot of resistance. They will be jaded from their midweek defeat to Augsburg, allowing the hosts an easier route to establish themselves in the Bundesliga top seven.

Meetings between Cologne and Mainz have usually been fiery affairs. Six of their last seven meetings saw goals at both ends of the pitch and we believe their current form dictates more of the same. With both sides scoring and conceding at the same rate in their recent outings, we expect goals to flow in this meeting. Steffen Baumgart will be pleased with Anthony Modeste returning to action, while Bo Svensson will send out Jonathan Burkardt to make trouble in the hosts' final third.

Cologne vs Mainz: Check out the best odds and the latest stats

Cologne vs Mainz: Check out the team lineups

It has been a season for resurgence for Cologne. Steffen Baumgart has led them to the top half of the table and European competition participation looks likely given their form. They can ill-afford to drop their muzzle now with the end goal in touching distance. It will not be easy as six teams including Mainz are fighting for the Europa League slots.

Bo Svensson's charges succumbed to a defeat to Augsburg in midweek, making it three defeats in their last five outings. On the road, their form has been worse. They are winless in ten outings, losing on eight occasions. Their ever-reliable defence has succumbed to the strains of the long season and are showing gaping holes with every passing fixture.

Questions About Cologne vs Mainz 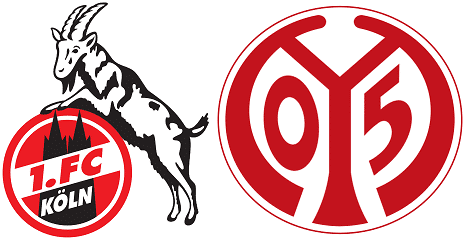 Where is the game being televised? Eleven Sports and Nova Sport 4.