Cologne are in danger of dropping back down into the second tier of German football this week and simply must make the most of their home advantage against Holstein Kiel on Wednesday. The visitors from the 2. Bundesliga only missed out on automatic promotion by 2pts and will be looking to cause an upset with a positive result in the 1st leg.

Read on for our full match preview and prediction for Cologne vs Holstein Kiel in the Bundesliga Play-Off.

Our Best Betting Tips for Cologne vs Holstein Kiel

Cologne claimed a 4-0 win when they last played host to Holstein Kiel back in 2019. The home side secured a win in their last Bundesliga game against Schalke and have picked up three victories in their last five outings. Holstein Kiel have lost their last two matches in the 2. Bundesliga, effectively forcing them to take part in the play-offs instead of earning automatic promotion.

Over 2.5 goals have been scored in four of Cologne's last six outings in the Bundesliga, while four of Holstein Kiel's last five fixtures have also featured at least three goals. Of Course, Cologne scored four times against Holstein Kiel when the pair last locked horns and we're expecting another goals-filled 90-minutes on Wednesday.

We're backing both teams to score in the 1st leg as neither side have the best clean sheets record heading into the game. Both teams have scored in three of Cologne's last five matches and each of Holstein Kiel's last three outings have also ended with both teams getting on the scoreboard.

Cologne only just missed out on safety by 2pts in this season's Bundesliga and their form towards the end of the campaign suggests that Holstein Kiel will have a tough job on their hands winning this one. The hosts managed to pick up three wins and one draw from their last five league games, almost saving them from the relegation play-off. Elvis Rexhbecaj and Sebastian Andersson are both expected to miss the 1st leg on Wednesday due to injury.

Holstein Kiel could be without four of their first-team squad this week as Joannis Gelios, Ahmet Arslan, Stefan Thesker and Mikkel Kirkeskov are all rated as doubtful due to injury or illness. Holstein Kiel will be disappointed not to have secured automatic promotion due to two defeats in their last two games of the 2. Bundesliga season. That disappointment could set them back ahead of what is bound to be a very tricky couple of games this week against a Cologne side that will be very prepared for this play-off tie. 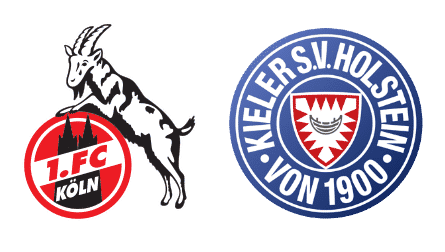