Round 12 of Bundesliga actin gives us the Rhineland derby between Cologne and Borussia Monchengladbach. The Billy Goats have registered successive stalemates in their last two outings, while the Colts are flying high with three wins in four matches across all competitions.

Here are our predictions for Cologne vs Borussia Monchengladbach.

Heading into matchday 13, Cologne are trailing Borussia Monchengladbach by three points. With the Colts finding form at the right time, the Billy Goats have a tough task on their hands in this home fixture. History is also on Gladbach's side, who have won on three of their last four trips to the Rhine Energie Stadion.

Goals have been bountiful in meetings between Cologne and Borussia Monchengladbach at the Rhine Energie Stadion. In three of their last four instances of this fixture, at least three goals have been witnessed. With Cologne scoring nine in their last four outings and Gladbach scoring 12 in the same period, another high scoring affair is coming our way on November 27.

Across their last ten matches, Cologne has failed to score on only two occasions. In the same period, an inconsistent Gladbach has managed a similar tally. With both sides scoring freely in their recent outings and conceding at a comparative rate, we are anticipating another outing of both scoring. History is also on the side of our prediction, with four of the last five duels concluding with both sides getting on the scoreboard.

Cologne vs Borussia Monchengladbach: Check out the best odds and the latest stats

Match Preview of Cologne vs Borussia Monchengladbach: Colts test their strength against the Billy Goats

After struggling for the majority of the last campaign, Cologne's bright start hinted at positive signs for the future. That has not been the case as the Billy Goats are winless in their five Bundesliga outings. Their attack that had been so effective has lost its lustre, as a consequence of which, they have only managed to claim stalemates as evidenced by their results against Mainz on the road and Union Berlin at home.

On the other hand, Borussia Monchengladbach is finding its groove with every passing fixture. They are unbeaten in their last four matches in all competitions, winning thrice and drawing once. It is the manner in which the victories have come, a 5-0 thrashing of Bayern Munich in the DFB Pokal and a 4-0 win over Greuther Furth in the Bundesliga.

Questions About Cologne vs Borussia Monchengladbach 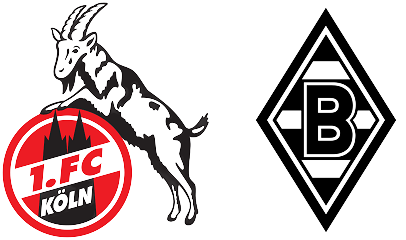 Where is the game being televised? Sky Bundesliga, Spiler1 TV, and Viaplay.