In this Bundesliga fixture, Cologne hosts Bochum at the Rhine Energy Stadion on August 28. It will be a battle of the wits as both teams enter the pitch with a similar point haul and the end of season objective to avoid relegation.

Cologne is coming out of a defeat to Bayern Munich but will keep their head high as they took Bayern Munich to the wire. Bochum too impressed in their 2-0 win over Mainz. The Billy Goats are rejuvenated ahead of the new campaign and should take the three points on offer as Die Unabsteigbaren are frentic travellers. They lost on opening day to Wolfsburg and a similar results await them.

FC Cologne have five goals in their two league matches, a handful more than what they managed in early days of last season. On the other hand, with two goals in their last outing, Bochum showed they can be relied upon to score. With both sides proving their scoring credibility, we expect a firecracker of a fixture as they come together on August 28.

Cologne average 1.8 goals per match in their last five matches across all competitions. Bochum are struggling at an average of one goal per match in the same number of matches. As they face off with each other, we favour the Billy Goats to give a better performance and come out visitors in a 2-1 scoreline. Despite all their improvements, the cannot stop conceding and Bochum should make them suffer.

Cologne vs Bochum: Check out the best odds and the latest stats

Match Preview of Cologne vs Bochum

Die Unabsteigbaren have only claimed one victory from their last five travels in league competition. Wolfsburg saw them capitulate without troubling the scorers on opening day. Thomas Reis ironed out their issues in the 2-0 win over Mainz and it is Cologne's task to hold them at bay.

The Bochum test will be one that Steffen Baumgart will be eagerly awaiting. Billy Goats are a side rejuvenated from the depths of fatal mistakes and should be thank to the gods for their stay in the German top-flight football. They have not taking anything for granted this campaign and are masters of their own destiny.

Questions About Cologne vs Bochum 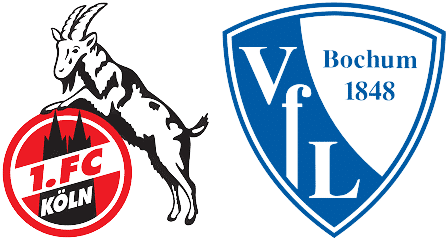 Where is the game being played? Rhein Energie Stadion.