In-form Wigan travel to Essex to take on Colchester in the second round of the FA Cup on Saturday. The Latics are favourites to prevail against their lower-league opponents. Read our expert predictions and find the latest odds for the game below in our match preview.

This FA Cup second round clash pits Rochdale against Plymouth on Sunday. Find our top three predictions for the contest below.

Red-hot Wigan are hunting down the title in League One and with their performances peaking, the Latics have lost just one of their last ten assignments in all competitions. Away from home, Wigan have won an impressive ten of their last 12 tests and with that outstanding record pushing them on, they are a generous price to beat struggling Colchester in Saturday’s FA Cup second round tie.

Wigan have had little trouble winning matches on the road, though they have found it a little more difficult to keep their hosts off the scoresheet. As a result, both teams have scored in 100% of their last five away fixtures and the same market could be worth pursuing when the Latics visit a Colchester side who have seen goals scored at both ends in each of their last five home tussles.

Callum Lang has been making a name for himself this season with his dynamic attacking displays and the 23-year-old will be aiming to add to his tally for the campaign against Colchester on Saturday. Lang tends to excel in away games and he has notched in each of his last four appearances on the road for Wigan. With that fine streak in mind, he looks an interesting prospect in the anytime goalscorer markets this weekend.

Colchester have enjoyed a decent run of form against some tough opponents, with a win over Exeter and a draw with Newport in the league followed swiftly by a victory over Swindon on the EFL Trophy, though the U’s could find replicating those displays against Wigan a much tougher task. Colchester enjoyed a comfortable 4-0 win at non-league Sudbury in the previous round of the FA Cup, though the step up in class should be notable this weekend.

Wigan look well on course to mount a genuine promotion charge in League One this season and their success has been powered by their superb away form. Leam Richardson’s side have won a massive 11 out of 13 away fixtures in all competitions since the summer and the team’s counterattacking power should be tricky for Colchester to absorb. 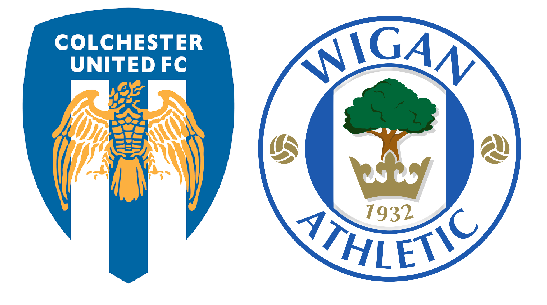 Colchester and Wigan haven’t met since their 3-3 draw in League One back in March 2016.