Southend faces an uphill task in a desperate battle for survival. We have a comprehensive fixture analysis on their chances against Colchester, an equally struggling team.

Our match previews and analysis are neutral. We bring you the best three League Two predictions based on extensive analysis of team performance, previous encounters, team news and stats. Check out free match tips for Colchester vs Southend below.

Football Whisper Prediction Three- Both Teams to Score: No @ 18/25

Southend to Win or Draw

Placing a straight win on Southend is both a value and a risky bet. Southend defeated Colchester 2-0 in the reverse fixture despite the bookmakers giving the latter an edge. The bookies are on it again and tipping the hosts to win and with a massive edge this time. This will be an interesting match to watch as Phil Brown looks for the second victory in 11 fixtures. Southend wins this and the relegation drama continues. They lose, the national league waits.

Southend to Win First Half with a Clean Sheet

Because Phil Brown’s men see this as a must-win, a goal early in the first half is the only way to do it. They did it in the reverse fixture by scoring the two-goal victory in the first half, so why not this time. The visitors have a better defensive record in the last ten league matches. They have conceded six goals within that duration. They also come into this fixture with five barren draws. The hosts have conceded 15 goals in the last ten fixtures and kept three clean sheets in three barren draws.

Game Preview:  Southend in a Desperate Battle for Survival

With four games to go for both sides, we expect a very emotional game, especially for Phil Brown’s men who are six points below their Tuesday hosts.

Colchester sits six points above the red zone. However, they need points in this fixture. An early win against Walsall in their last fixture could be inspiration before Tuesday. However, defensive problems are worrying for the hosts. They have only registered one victory in the last ten games, four losses and five draws. The worst defeat to Colchester within that duration was a 5-2 thrashing away at Oldham on 9th April. A win for the hosts will push them above the 21st placed barrow by a point.

For Southend, this is a break or make it a fixture. We expect a very tense game where Phil Brown's men will give their all. With only six goals conceded in the last ten league games, the visitors have been relentless in their quest for survival. They travel to Colchester with three consecutive draws. There has only been one draw between these two teams in their preview 10 fixtures. South has five victories against four for Colchester. 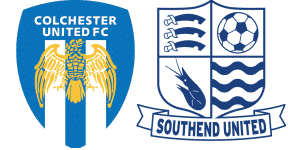 How many points does Southend need for safety?

The visitors need at least four three victories if not all their four remaining fixtures.

What is the kick-off time for this fixture?

Who are the bookies' favourites?

The bookies are giving Colchester an edge against Southend.