With another round of Champions League matches upon us, the narrative from one in particular continues to dominate the column inches.

Manchester United host a Juventus side with Cristiano Ronaldo in their ranks.

The Portuguese has returned to Old Trafford before of course, with Real Madrid in 2013, but there’s some merit in the thought that this may be a final farewell for one of Sir Alex Ferguson’s prodigal sons.

And while the argument will continue to rage as to whether he or Lionel Messi deserve the title, what’s abundantly clear is Ronaldo’s desire and willingness to go above and beyond in every single training session and match.

It’s something he does even now, in what some might suggest is the autumn of his career.

One person that worked closely with him on a daily basis at United and understood what gave him so much drive was former Red Devils assistant manager Mike Phelan.

A United stalwart himself, just how did Phelan, now a director of Sensible Soccer, motivate and help get the best out of a player who was always destined for the very top?

“The one thing that always impresses me about top players is their ability to learn and Ronaldo was no exception.

“Let’s think of how he played when he came to United. He pretty much wanted his own ball, but through conditioning in training we got him to use other assets, play one-twos, play one touch, use the space and use his pace better.

“When I see him now I see things that he developed at Manchester United. As with other things he’s taken ownership of these and pushed them to another level.”

Ronaldo’s ethic of hard work and maintaining the highest of standards in training has sometimes been questioned by those who believe it’s nothing more than a ploy to keep his name on the front and back pages. But Phelan is keen to set the record straight on that score. 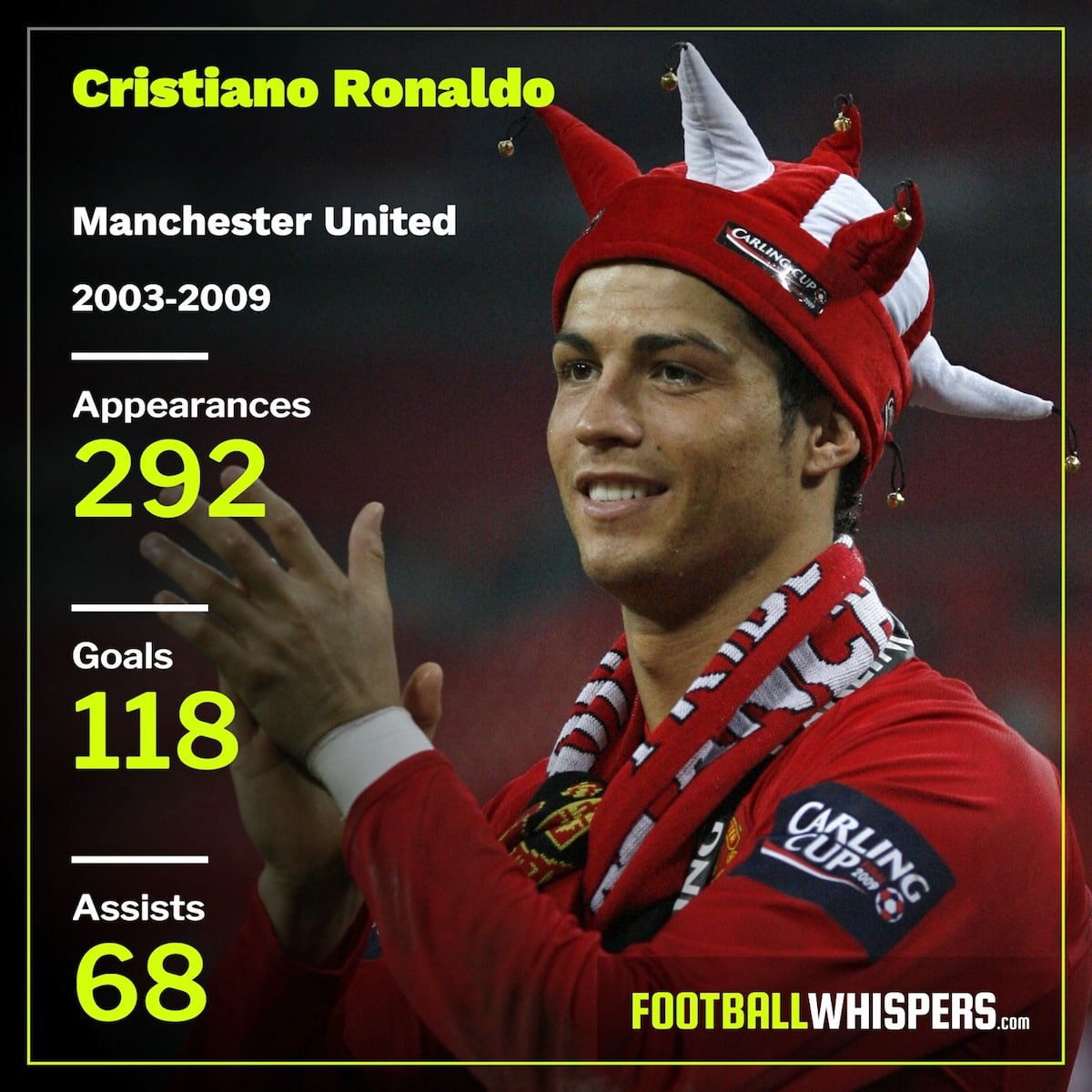 “There are stories out there of Ronaldo being first to training every day, taking ice baths at 3am, spending hours in his personal gym at home after training.

“Well that is him, he has an eternal quest to work and to play football. There wasn’t a training session or match where I thought ‘he’s not at it today'.”

It’s a way of working that everyone can clearly see he carries into each match he plays.

“Ronaldo doesn't stop. He plays for every minute in every game and it really isn’t over until it’s over as far as he’s concerned. Time is not a barrier in terms of him getting the outcome that he wants from any football match he is involved in. Winning is his only option.”

As a coach or manager, to have that type of player, one that is an inspiration to all around them, is manna from heaven. And Ronaldo's attitude has rubbed off on his colleagues.

The training ground and dressing room can be an intimidating environment at times, but even as a youngster, Ronaldo only wanted to learn, to be challenged and to thrive.

“He left Madeira as a very young boy to go to Lisbon and be part of the Sporting youth set up, and has played in Portugal, England, Spain and now Italy.

“He will always make decisions outside his comfort zone and is always looking to push himself.

“The one thing that he brought to the Manchester United training ground was the need for a challenge.

“Every day the session had to test him. It had to benefit him but it had to test him too and he would say, ‘what have you got for me coach’ every single day.”

Getting to the very top in any sport involves sacrifice, struggle and commitment, but also a keen willingness to learn and to be open to taking on board new things to enhance the whole.

In both a physical and mental sense, Ronaldo has always embraced learning and understanding, and that has been vital in his evolution as a player.

“People often talk about marginal gains these days in professional sport and its almost become a buzzword for performance.

“Again, this was something Ronaldo – and to be fair all the lads at Manchester United – were into long before it became everyday news. Personal nutrition, sleep coaches, eye coaches, these were all part of the culture, and once again this is something he’s continued and again possibly taken to another level.

“Perhaps one of the less celebrated aspects of Cristiano’s game is his ability to defend. He is well capable of both reading the game, tracking back and is a real asset on set pieces against as well as for.

“He would always ask questions with regard to understanding the game and this is also now evident in the all-round player he has gone on to be.”

Ronaldo’s leadership skills have also grown as he has advanced in years and gained experience, though as Phelan notes, that aspect of his game was never a problem.

“In his career at United, although not captain of the team, Ronaldo wouldn’t think twice about telling other players what he wanted from them yet at the same time ensuring he gave his all for the collective as well.

“It’s no surprise he’s gone on to captain teams and his leadership skills really came to the fore when he conducted the Euro 2016 Portugal side from the sidelines after leaving the field early in the game through injury.”

Ronaldo will get a hero’s welcome at Old Trafford again regardless of the result, and perhaps seeing him in the United dugout as a coach in the future is not so fanciful an idea after all.