The second leg of the Champions League qualifiers between Cluj and Lincoln Red Imps will be played on Wednesday, so check our detailed preview of the match if you want to learn more about it.

Our free betting predictions for Cluj vs Lincoln Red Imps

If you can't decide on the best Cluj vs Lincoln Red Imps bet, check our top betting tips for this game:

Cluj to Win at Half Time and Full Time

It's clear that Cluj is the absolute favourite in this game and the only question is by how much will they win the game. Rather than guessing the handicap, we think it's better to bet on Cluj to lead at half time and to win the game in the end. That being said, Lincoln Red Imps took the lead at half time in the first leg, but they ultimately lost 2-1 and Cluj is playing at home now, so they should have an easy job.

Since we expect to see a convincing win for the home team, we also expect to see many goals in this game. We've already seen three goals in the first duel between Lincoln Red Imps and Cluj, but now we expect to see even more since Cluj is the home team. Furthermore, Cluj has been playing some high scoring games this season, both in the Champions League and their domestic league, while Lincoln Red Imps have gone over 3.5 total goals in both of their CL matches in the previous round against Fola.

Both teams have scored in the first game between these two teams, so we expect to see the same in this match as well. Yes, Cluj is playing at home now and we expect them to dominate the match, but if they take a convincing lead as we think they will, they could relax and let one goal slip past them. After all, Cluj has conceded in their last four matches in all competitions, while Lincoln Red Imps have scored in all three CL matches they've played so far.

If you wish to bet on the best Cluj vs Lincoln Red Imps odds, check our list of odds from different bookmakers in the UK:

Cluj vs Lincoln Red Imps preview: How many goals will Cluj score?

The Romanian champions have already started the new season in their domestic league with a couple of wins in the first two rounds, so they are certainly in good form ahead of their Champions League qualification match against Lincoln Red Imps. Cluj has already won the first leg 2-1 in Gibraltar and they should have an easy job in the second leg against one of the weakest teams still in contention for the group stages.

Getting to the second round of Champions League qualifications is already an amazing result for Lincoln Red Imps, so the team can be happy with the things they've shown so far. The team has eliminated Fola in the first round with a convincing 7-2 result on aggregate and they've managed to score a goal against Cluj in the first leg, even leading at half time. And while Lincoln Red Imps will definitely fight until the end in the second leg, Cluj is simply a much better team. 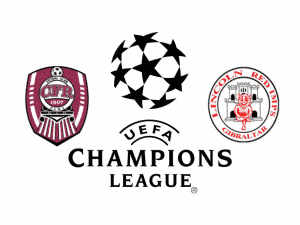