This preview focuses on the first round of the UEFA Champions League qualification match between Romanian outfit CFR Cluj and Bosnian outfit Borac Banja Luka. The first leg encounter between these two clubs takes place at the Dr. Constantin Rădulescu ground.

CFR Cluj have been involved in a string of friendly matches for the last month. Results from these matches, though, have been mixed. Marko Maksimovic’s team were recently involved in league action back in May when they were held to a goalless draw by Sloboda Tuzla. The betting tips and predictions for this match can be:

CFR Cluj have a decent record when it comes to the qualifying rounds in the Champions League. Even though the Romanian outfit have been able to get past the qualifying rounds only once in the last decade, they have suffered only narrow defeats in matches since then. Borac Banja Luka were able to produce a strong second-half in the Bosnian league, but the team has had underwhelming results in the qualifying stages so far.

CFR Cluj have largely come up against opposition who are regarded in higher stature during the qualification stages. Even then, they did come up with close performances against the likes of Dinamo Zagreb, Slavia Prague, and Malmö. Borac Banja Luka have been susceptible to some heavy defeats in Champions League away games. However, the team have made a sizeable improvement under Maksimovic and they should produce a positive first leg.

The qualifying matches involving CFR Cluj have produced very little in terms of goals. In the recent warmup friendlies against opposition of different calibre, CFR) once again demonstrated a strong defensive ability that has kept the goals low.

CFR Cluj are aiming to reach the group stages of the Champions League for the first time since the 2012-13 campaign. Yet, the team has undergone a significant change with title winning coach Edward Iordanescu leaving to be replaced by Marius Sumudica. The expectations are already sky-high following the team’s impressive 2020-21 season. The club has had an active transfer window with players like Jonathan Rodriguez and Rachid Bouhenna being signed.

Borac Banja Luka are back in the midst of Champions League teams and it comes out more than a decade after the last outing in the competition. The Bosnian outfit managed to reach the second round back then. After having won the title last season under Marko Maksimovic, the team has been able to confirm the rapid progress that they have made in the last few seasons – since the relegation in 2016-17. 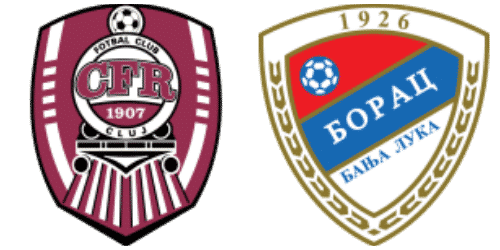 Where is the match scheduled? Dr. Constantin Rădulescu Ground

Which team is the favourite to win? CFR Cluj